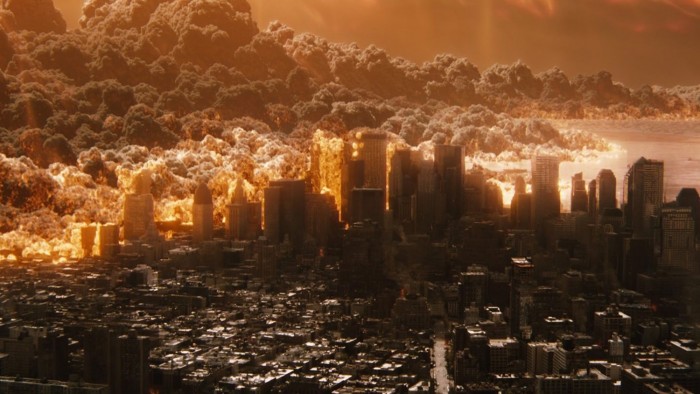 The earth is gradually moving into the next ice age, and this has been happening for the last 10,000 years. Today, modern civilization is on the verge of falling, and all this is associated with the Sun.

Societies thrive during periods of warmth and high solar activity, as evidenced by periods of Minoan, Roman and medieval warming.

Successful civilizations are built on an assumed constant and predictable climate, accompanied by solar highs, and civilizations that rely on its fragile infrastructure only grow as decades of reliable climate pass.

But when a constant is broken, it breaks quickly, and the system cannot adapt quickly enough to handle the cold.

If we look at the Roman Empire, it becomes obvious that the sun was at the heart of everything.

Period from 200 BC AD 150, when the Roman project was most successful, also coincided with what is often referred to as the “Roman climatic optimum,” when the weather became warmer due to high solar activity.

Pliny the Elder, writing in the first century AD, described how beeches, which used to grow only in the lowlands, began to climb into the mountains as temperatures rose. Olives and grapes were grown further and further north. The empire has turned into a giant greenhouse.

But the weather deteriorated sharply in AD 150-400, when solar energy plummeted – the “Roman transition period” – and reached its minimum temperature in the “Late Antique Little Ice Age” 450-700 AD.

Medieval Warm Period – from about 900 AD before 1300 AD – there was a time when global temperatures were 1.4C above current levels.

Oxygen isotope studies in Greenland, Ireland, Germany, Switzerland, Tibet, China, New Zealand and elsewhere, as well as tree ring data from many sites around the world, confirm a global period of medieval warming.

This period coincided with the Great Solar Maximum, a time of prolonged high solar activity, and people prospered again.

In Europe, where crops flourished, forests of alpine trees grew, many new cities arose, and the population more than doubled.

The Vikings took advantage of the improved climate to colonize Greenland, and wine grapes were grown as far north as England, where grape cultivation is currently impossible, and about 500 km north of the current vineyards in France and Germany.

Wheat and oats were grown in the vicinity of Trondheim, Norway, suggesting that the climate was about 1 ° C warmer than it is today.

At the end of the Medieval Warm Period, ∼1300 AD, temperatures plummeted and the subsequent cold period is known as the Little Ice Age. Civilizations flourish during times of warmth, and crumble soon after the cold sets in

The Little Ice Age was not a time of continuous cold climates, but rather recurring periods of cooling and warming, each of which occurred during solar minima, characterized by low sunspot numbers, low total solar irradiation (TSI), decreased solar magnetism, increased cosmic ray intensity and increased production of radiocarbon and beryllium in the upper atmosphere.

Centuries-old observations of the Sun have shown that sunspots, solar radiation and solar magnetism change over time, and these phenomena correlate very well with global climate changes on Earth.

A number of solar grand minimums, periods of solar energy decline, have been recognized:

Minimum sunspots and TSI around 1300 AD and 1320 AD. This happened during the Cold Period, which marked the end of the Medieval Warm Period and the beginning of the Little Ice Age around 1300 AD.

The transition from the warmth of the medieval warm period to the cold of the Little Ice Age was abrupt and devastating, leading to the Great Famine from 1310 to 1322.

Winter 1309-1310 It was extremely cold. The River Thames froze over, and poor people were particularly affected.

The next low occurred from about 1410 to 1540 and coincided with a period of severe cold.

During the minimum, temperatures in Europe dropped sharply, the growing season shortened by more than a month, the number of snow days increased from a few to 20-30, the ground froze up to several meters, alpine glaciers advanced around the world, and glaciers grew.

The Swiss Alps invaded farms and abandoned villages, the forests in the Alps disappeared, seaports were blocked by sea ice that surrounded Iceland and Holland by about 30 km, grape yields declined and grain crops failed, leading to massive famine.

The River Thames, canals and rivers of the Netherlands froze over in winter. Iceland’s population has decreased by about half. Parts of China have ditched centuries-old crops for warm weather. And in North America, early European settlers experienced exceptionally harsh winters.

All signs point to the development of the same pattern, possibly in the next few years.

We had a Great Solar Maximum, a period of stable warmth and a predictable climate, and as a result, we humans prospered.

But all good things come to an end, and solar activity is now minimal, and the consequences look terrible.

Sunspots – an excellent barometer of solar activity – have been absent for the past few years, and now, even as solar cycle 25 begins to pick up steam, sunspots are still hard to find.

And while most predict that the SC25 peak will be similar to that of the historically weak SC24, it is the SC26 that gets interesting.

According to many solar physicists, including NOAA, there is no 26th solar cycle and 27th solar cycle on the horizon; instead, the Sun is projected to remain in a “solar minimum” state through the 2030s and 2040s – a phenomenon that will be a disaster for our modern monoculture farming practices and cause immense suffering for our “infant” society, with its zero skills. the real world.

An analysis by Professor Valentina Zharkova argues that the next Great Solar Minimum has already begun as all four of the Sun’s magnetic fields are out of phase.

And among the long list of scientific papers suggesting that there is a period of global cooling caused by exposure to solar energy, it is worth highlighting the book of Dr. Theodor Landscheidt “A new little ice age instead of global warming?” 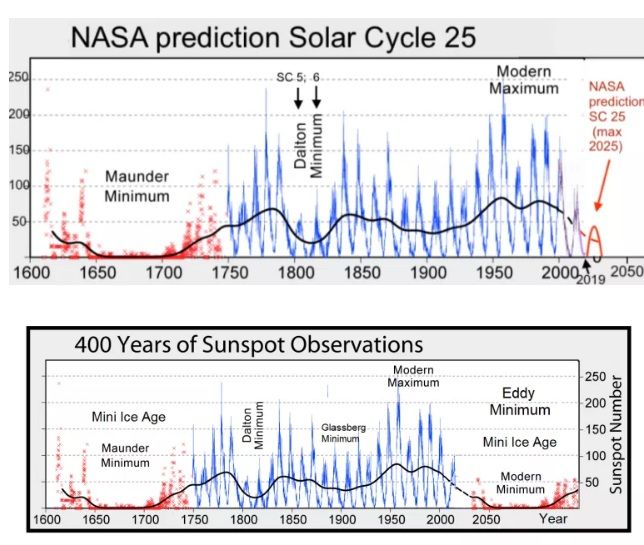 As a result, the COLD will plunge society into chaos, as it was during each previous global cold snap.

The growing season will be drastically shortened.
There will be no harvest.
Millions will die from hunger / disease.
And the Empire will collapse.

The Great Catastrophe Is Coming

A Huge Bubble Is Inflating in Stock Markets Some well-known economists and investors are warning of a 60-90% stock market crash in the very near future.

“I tell you this will happen in the next two to three years. And I think it will start in the next month or two.”

The modern high is over in all respects.

The great games of space are fueling the rise and fall of empires.

After all, man is eternally fallible, and no empire is eternal.