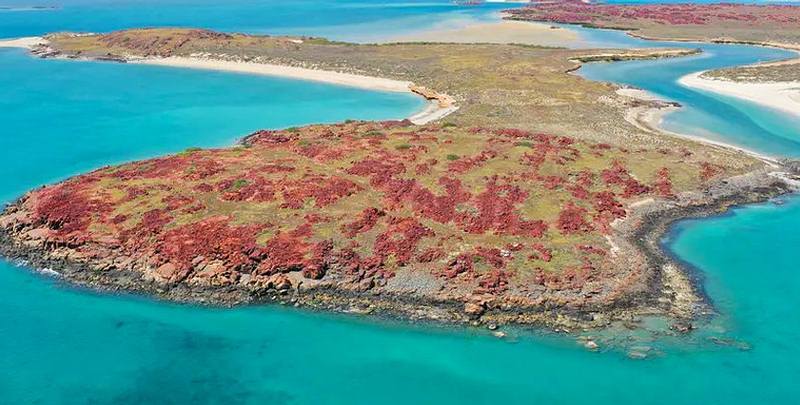 During most of human history, the level of the seas was much lower than today, and therefore there were inhabited lands on what is now the seabed. Now, a team of archaeologists has discovered the first underwater aboriginal sites thousands of years old in northwestern Australia.

When humans first came to Australia, about 65,000 years ago, the level of the oceans was about 80 meters lower. And these levels continued to decrease and fluctuate as the global climate cooled. At the peak of the last ice age, 20,000 years ago, the world changed dramatically and the oceans fell 130 meters below what they are today.

Later, between 18,000 and 8,000 years ago, the planet warmed up. The ice sheets melted and the levels of the seas rose. Tasmania was separated from the continent 11,000 years ago, which also happened with New Guinea 3,000 years later.

The waters flooded more than 2 million square kilometers of the continental shelf around Australia, and thousands of generations of people who once lived in those lands had to move.

Over the past four years, a multidisciplinary team, including archaeologists, geologists, pilots, and divers, has partnered with the Murujuga Aboriginal Corporation to locate and investigate underwater sites off the Pilbara coast in Western Australia.

Place of the finds

“We study navigational charts, geological maps, and archaeological sites located on land, narrowing down survey areas, and then probing the seabed using small aircraft-mounted scanners and high-resolution sonars attached to ships,” the researchers write in the study,  published in PLOS ONE.

“In the final phase of the investigation, our team of scientific divers carried out an underwater exploration to physically examine, record and take samples from the seabed,” they add. 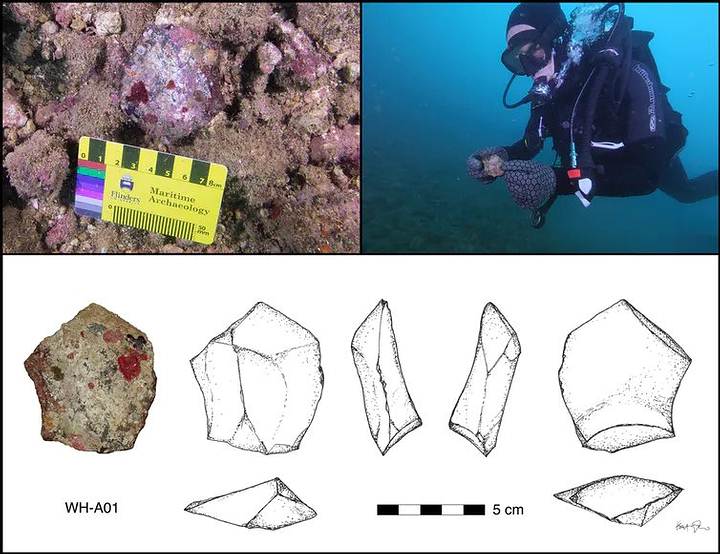 As a result, two archaeological sites were found in the Dampier archipelago. The first, at Cape Bruguieres, comprises hundreds of stone artifacts – including mortars and whetstones – at a depth of only 2.4 meters. The various analyzes carried out on the samples indicate that this site is at least 7,000 years old.

The second site, at Flying Foam Passage, includes what would be cutting tools and an underwater freshwater spring 14 meters below sea level. This site is estimated to be at least 8,500 years old. 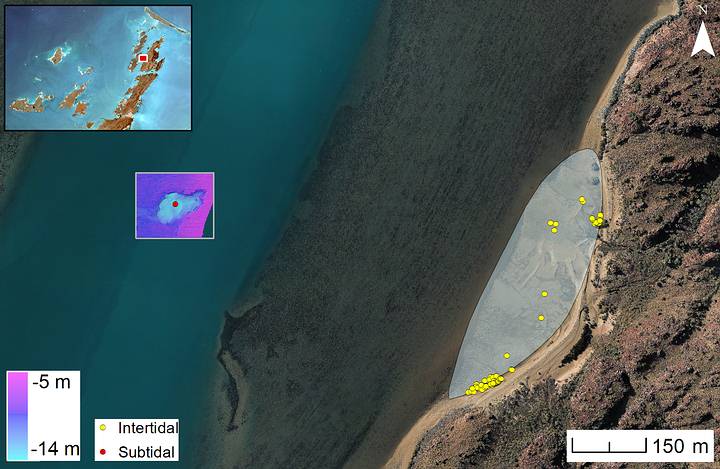 Place where the underwater spring is

“For me, this is the finding of a lifetime,” says Jonathan Benjamin of Flinders University in Adelaide, Australia. “Our results represent the first step on a journey of discovery to explore the potential of archeology on continental shelves that can fill a significant gap in the continent’s human history.”

Uncovered underwater archaeological sites are at risk of destruction by erosion and human activities such as oil and gas facilities, pipelines, ports, dredging, industrial fishing, etc.

The protection of underwater sites of cultural interest over 100 years old are enshrined in the UNESCO Convention for the Protection of Underwater Cultural Heritage (2001), adopted by the law of more than 60 countries but not ratified by Australia.

In Australia, federal laws protecting archaeological finds in Commonwealth waters have recently been modernized, in what is known as Submarine Cultural Heritage Act (2018). However, this act fails to automatically protect all types of sites, giving privilege to non-indigenous heritage – such as shipwrecks.

Aboriginal sites, beyond their age, can only be protected when there is ministerial approval. 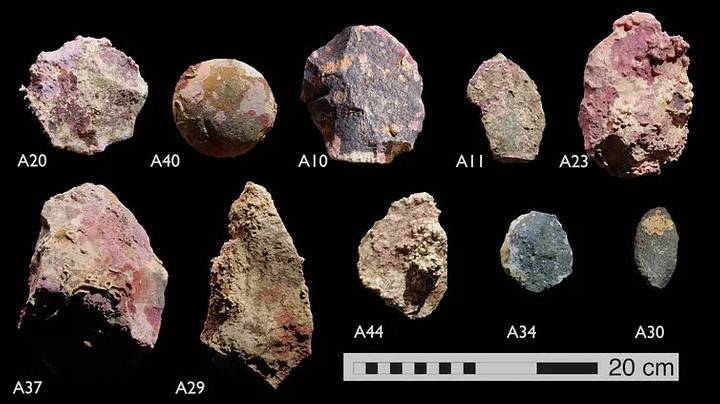 Some of the many artifacts found in underwater sites

“With our finding confirming the existence of these ancient underwater sites, we need legislators to reconsider how they protect Australian cultural heritage. Furthermore, we are confident that we will find more underwater deposits in the coming years, which will need to be preserved in the same way, “the researchers conclude.