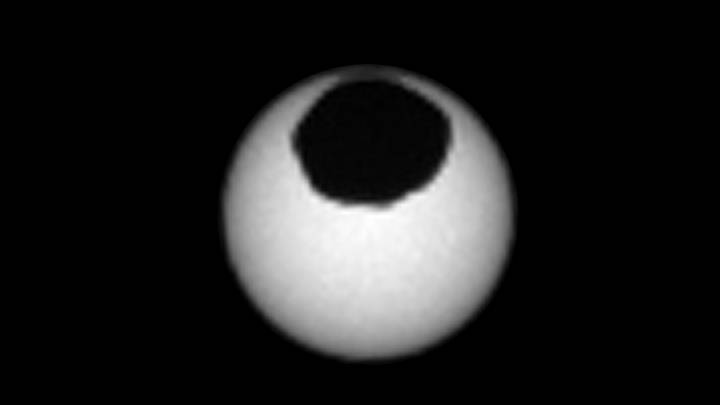 The seismograph on the InSight probe has detected something strange every time the Phobos satellite hovers between the red planet and the Sun.

The moons of Mars are not like Earth’s. Phobos, the largest of the pair, is much closer to its planet; Compared to our moon’s 27-day orbit, Mars’ orbits the equator three times on a Martian (sun) day.

Solar eclipses are, therefore, much more frequent than here on our planet. Phobos passes in front of — but never completely obscures — the Sun for annular and partial eclipses somewhere on most Martian days; And because it moves so fast, this transit does not last more than 30 seconds.

But even during this short time, NASA’s InSight lander, currently investigating the Martian surface and its underlying, has registered something peculiar.

To the scientists’ surprise, during Phobos eclipses, the lander’s seismometer – the instrument that records ground movements in search of possible martemots – is tilted slightly to one side.

Seismograph on the InSight

Researchers at the Zurich Institute of Geophysics ETH studied InSight data to see if some effects of the Earth’s eclipses also occurred on Mars.

“When the Earth experiences solar eclipses, instruments can detect a drop in temperature and rapid gusts of wind, as the atmosphere cools in a particular place and air rushes from there,” explains ETH seismologist Simon Stähler Zurich.

InSight is equipped with temperature and wind sensors, but these did not register any changes in the atmosphere during the Phobos transits. Turbulence, barometric pressure, and atmospheric temperature remained consistent. The solar cells did, however, record the transits – in fact, it would have been very curious if they didn’t, given that this Martian moon blocks as much as 40 percent of sunlight.

“When Phobos is facing the Sun, less sunlight reaches the cells, and this translates into less electricity,” says Stähler. “The decrease in exposure to light caused by the shadow of the moon can be measured.” 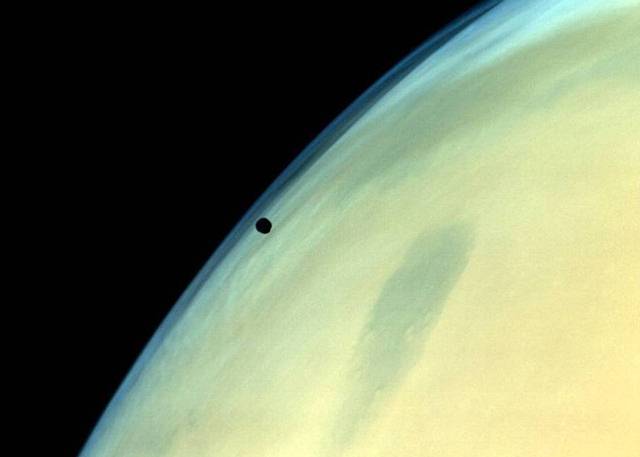 The latter can explain some jumps in the magnetometer readings, precisely in response to the decrease in current. But what is causing the device’s seismometer to tilt?

It is certainly not a false positive; the signal was recorded in three different transits, slight but real. The team expected it to be a seismic response to the moon’s tidal force (gravitational pull), but when compared to other readings of seismic activity on Mars, the signal was completely unrelated.

Another possibility was that the cable connecting the seismometer to the lander was contracting. However, this would have generated a tilt in the opposite direction to that observed.

But there was something else. The InSight’s infrared radiometer recorded a slight drop in surface temperature during the longest transit, followed by a period of about a minute and a half where the ground warmed back to its pre-transit temperature. This, the team believes, is the most likely cause for the strange signal.

“During an eclipse, the ground cools down,” says seismologist Martin van Driel from ETH Zurich. “It deforms unevenly, causing the instrument to tilt.” 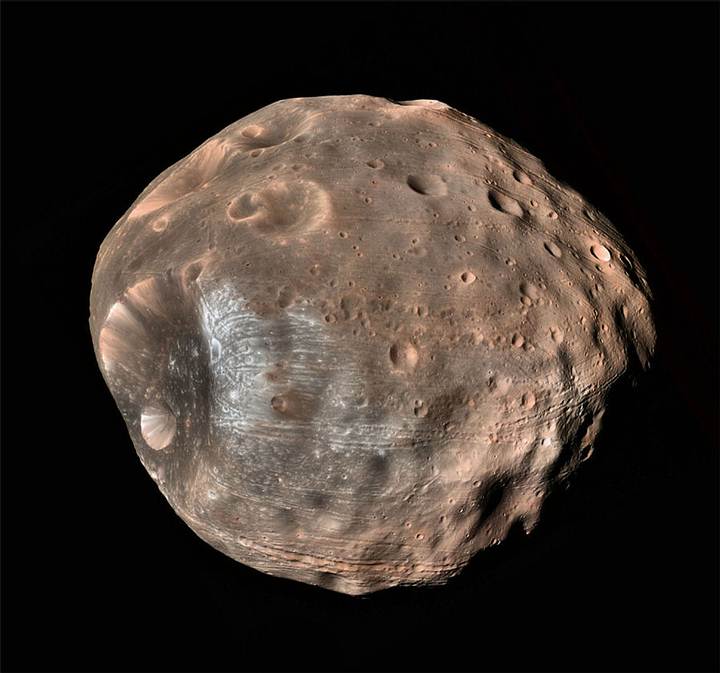 A similar effect was observed in 1997 at the Black Forest Observatory in Germany. A technician forgot to turn off the light as he left and left the seismometer dome unattended, resulting in loud noise in the data as the heat from the lamp expanded the granite on which the fixture sat.

A series of experiments with artificial heat sources would later show that seismometers react almost instantly to changes in temperature in their pillar. The Zurich team repeated their own version of this experiment, and obtained a signal consistent with the tilt recorded on the InSight seismometer.

Knowing when a Phobos eclipse begins and ends could help scientists better pinpoint this moon’s orbit and its future.

Phobos’ orbit is decaying at a rate of 1.8 centimeters per year, slowing down. Eventually, it is predicted that it will get so close to the planet that the tidal forces they will end up destroying it, creating a ring of debris around Mars.

If this process can be characterized, that could give us clues as to how elastic and hot the interior of Mars is — or the opposite. And that, in return, would shed some light on the formation of the planet.

In this article:Mars, Solar Eclipses