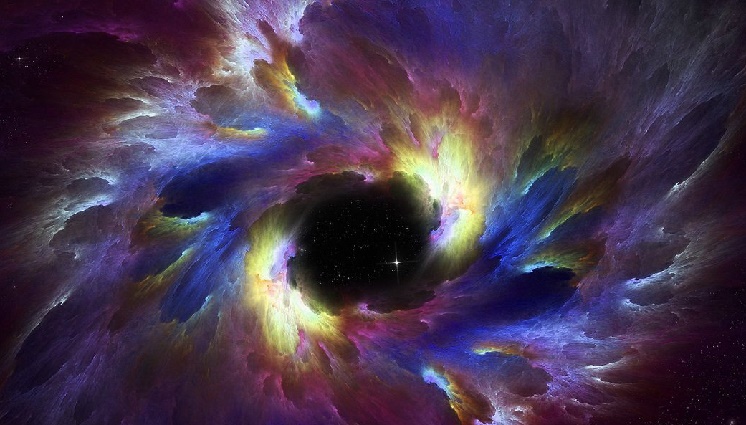 American scientists from the Enrico Fermi laboratory (Fermilab), announced that they had discovered the fifth force. The discovery has yet to be confirmed. If this happens, then the Nobel Prize for scientists is guaranteed – the discovery will make a real revolution in modern physics.

In the meantime, we will try to figure out what is the essence of the discovery made and what prospects it promises.

In modern physics, four types of force are known. These forces determine the interaction of all objects in our world.

Gravity Interaction between objects with mass. The more mass and the closer objects are, the stronger they are attracted to each other. We are well aware of this effect on our Earth, one has only to jump a little.

This is also an interaction that we are very familiar with in life. We attach the fridge magnet. We turn on the light, which is also indirectly related to the electromagnetic force.

Weak nuclear forces.  This is the interaction observed in the so-called beta decay of an atomic nucleus. When an electron or positron is released along with a neutral particle.

Strong nuclear force. The foundation of our world.

Do you remember that the same charges repel? But the strong nuclear interaction collects equally charged particles – protons – into one powerful nucleus. Without these forces, heavy elements would never have arisen in the Universe, because protons would repel each other.

Scientists believe that all of these types of power may be of the same nature. And there have been attempts to create a unified theory of all interactions. This would give a serious impetus to all physics. But so far, scientists do not have enough data to create such a theory.

Muon – the destroyer of modern physics

Scientists conduct the Muon g-2 experiment at Fermilab (a laboratory near Chicago). This is a complex modern physics, but let’s try to understand its essence without resorting to three-level equations and higher mathematics.

Muon is a particle with a negative charge. But, unlike an electron, it does not deviate so much when passing through a magnetic field. A muon is 207 times heavier than an electron, while 9 times less than a proton. The role of muons in nature is not fully understood.

Why is the muon so interesting to modern physicists?

Now in physics the so-called Standard Model is used. It was adopted in the 70s after the discovery of quarks.

The Standard Model describes all modern interactions. It determines what forces and elementary particles exist in nature.

Surely you’ve heard of such entities as Dark Matter and Dark Energy. Sounds like Darth Vader’s arsenal from Star Wars. But these concepts are seriously important for describing the world – the motion of galaxies, the expansion of the Universe with acceleration. Otherwise, the numbers in the equations do not agree with the observations.

According to modern astrophysics, 95% of the universe consists of dark matter and dark energy. And only 5% are visible objects

Nobody saw or recorded dark matter and dark energy. But according to modern scientific theory, it accounts for 95% of the matter in the universe.

The Standard Model, which at one time gave a breakthrough in physics, now greatly inhibits science. Within its framework, the world seems to be already open, there is nothing more to explore.

More interestingly, the muon anomaly is taken for a reason. And because of the interaction with particles that are still unknown to science.

The fifth force of nature

Scientists have announced that perhaps they have finally discovered a new, fifth force of nature. In the Physical Review Letters scientific journal, scientists talked about the course of the experiment.

Muons were accelerated to a ring in a circular collider. They were exposed to a powerful magnetic field. And the same deviation from the calculated data was recorded!

It was in this ring that the muons were dispersed. The temperature in it is maintained at minus 270 degrees – practically, at the level of absolute zero

This, perhaps, is the manifestation of the fifth force of nature, previously unknown to science.

“We found that muon interactions were inconsistent with the Standard Model. This opens up a future with new laws of physics, new particles and new forces never seen before,” the BBC quotes the words of a member of the group of scientists, Professor Mark Lancaster.

Scientists only have to repeat the experiment once again, reducing the probability of statistical error. And then the discovery of the fifth force will be officially recognized.

What opportunities can potentially give us the discovery of the fifth force:

-Discovery of new particles that are responsible for the fifth force of nature.

– Clarify the picture of the world. How does the universe actually work?

-Open new horizons in physics, which is now clearly at a dead end.

All this can lead to a technological breakthrough comparable to what we saw in the second half of the 20th century.

In this article:Fifth Force Of Nature, Muons