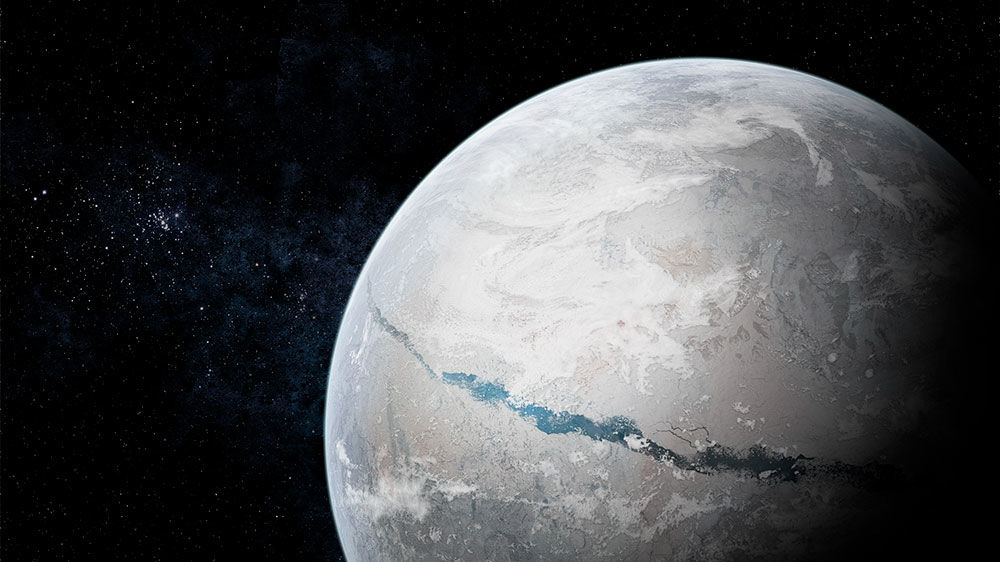 Scientists still do not know exactly how many ice ages there were on Earth. We may be living in one of them right now. Last time he helped humanity develop. How exactly?

The last ice age in the history of the Earth , according to geologists today, began about 2.588 million years ago. Its main feature is that the area of ​​glaciation and the temperature of the Earth’s surface throughout its entire length were not constant. Thus, glaciers advanced and retreated every 40,000 and 100,000 years, and these episodes were accompanied by sharp cooling and warming. The last period of warming began about 13,000 years ago and continues to this day.

How many ice ages were there on Earth?

The last of a dozen major glaciations (often known simply as the “Ice Age”) peaked about 18,000 years ago before giving way to the interglacial Holocene 11,700 years ago.

But if we are talking about global ice ages (or eras), then everything is more complicated. How many were there throughout the history of the Earth? It is known about at least five, possibly seven ice ages, starting with the Precambrian, in particular: 700 million years ago, 450 million years ago (Ordovician period), 300 million years ago – the Permian-Carboniferous glaciation, one of the largest ice ages that affected southern continents. The southern continents refers to the so-called Gondwana, an ancient supercontinent that included Antarctica, Australia, South America, India and Africa.

The most recent glaciation refers to the period in which we are living now.

So we’re living in an ice age right now?

No, rather, the Earth is currently experiencing an interglacial period within the framework of the Quaternary glaciation. The modern climate and natural environment were finally formed in the so-called Quaternary period – a stage in the geological history of the Earth, which began 2.588 million years ago and continues to this day. This period is characterized by the alternation of glacial and interglacial eras.

The ice age itself ends when the Earth heats up enough that the ice sheet recedes or disappears completely. Therefore, when the last glaciers on the planet melt, the Quaternary glaciation will officially end. Scientists at the University of California, Irvine  have calculated that if all the glaciers melt, the water will rise 65 meters.

Ice ages are not always “cold”. During the entire period, there may be colder and warmer “episodes”. Colder periods lead to the formation of vast areas of continental ice sheets, valley glaciers and sea ice, while warmer periods lead to a decrease in ice areas.

The Ice Age in the broadest sense, scientists call rather the Ice Age. The last of them (it is also called the Valdai, or the last glaciation) occurred in Europe during the Pleistocene or Quaternary Ice Age. Glaciation began about 110,000 years ago and ended around 9,700-9,600 years.

How does the ice age change the Earth?

The Ice Age is causing tremendous changes on the Earth’s surface. As glaciers move, they change the landscape, collecting rocks and soil and eroding hills, and their own weight puts pressure on the earth’s crust. As temperatures drop in areas adjacent to these ice cliffs, cold vegetation is transported to southern latitudes.

Also, a sharp drop in sea level leads to the fact that rivers form deeper valleys and huge lakes within the continents, and between them there are previously flooded land bridges. For example, the last glaciation caused the sea level to drop by 120 m after freezing.

What Causes the Ice Age?

Ice ages do not arise out of nowhere – it takes thousands of years for one to begin.

The ice age begins when summer temperatures in the northern hemisphere cannot rise above freezing for many years. This means that the snow that falls in winter does not melt, but instead builds up, shrinks, and over time begins to thicken or turn into ice sheets.

Thousands of years later, these ice sheets begin to accumulate and then spread across the northern hemisphere.

Ice ages are accompanied by cycles of glaciers and thaws. It is believed that they are associated with the so-called Milankovitch cycles – the “rocking” of the Earth’s orbit. They change how much heat the poles and temperate latitudes receive. Other geologists and climatologists believe that, in fact, these abrupt climate changes are not related to “cosmic”, but completely terrestrial factors, such as restructuring of the “conveyor” of currents in the oceans or an increase or decrease in the proportion of CO₂ in the atmosphere.

Based on previous cycles, the Earth is likely to enter an ice age soon. In fact, the conditions for this began to form about 6,000 years ago. But a 2016  study showed that the next ice age on Earth will come no earlier than 100 thousand years.

“We have no chance of going into an ice age right now because the greenhouse gases we released into the atmosphere during the industrial era warmed the earth,” explains Dr. Phipps in an interview with ABC, who simulates climate systems at the University of Tasmania.

What would happen if there was an ice age today?

Perhaps we have “postponed” the onset of the next icing for now, but if a new one comes, human civilization will be tested. In addition to being much colder, huge regions that are home to hundreds of millions of people will become completely uninhabitable. They will be covered with thick ice and will be in a harsh climate.

If the icing is similar to the previous one, then North America, all of northern Europe and northern Asia will be covered with ice. And the physical shape of the continents will look completely different on the entire planet. The huge drop in sea level to 120 meters will close the sea channels – the Mediterranean Sea, the Torres Strait, the Bass Strait and the Bering Strait – and create new tracts of land that can be used for housing or agriculture.

One of the important results of the recent ice age was the emergence of Homo sapiens. Humans adapted to the harsh climate by developing tools such as a bone needle to sew warm clothes and using land bridges to spread to new regions. By the beginning of the warmer Holocene era, humans were able to take advantage of the favorable conditions by developing methods of farming and domestication. Meanwhile, mastodons, saber-toothed cats, giant land sloths and other megafauna that reigned in the Ice Age became extinct by its end.

The reasons for the disappearance of these giants are related to the mysteries of the Ice Age, which have yet to be fully explained. Scientists continue to study evidence from these important periods to better understand Earth’s history and help determine future climatic events.

In this article:glaciers, ice age