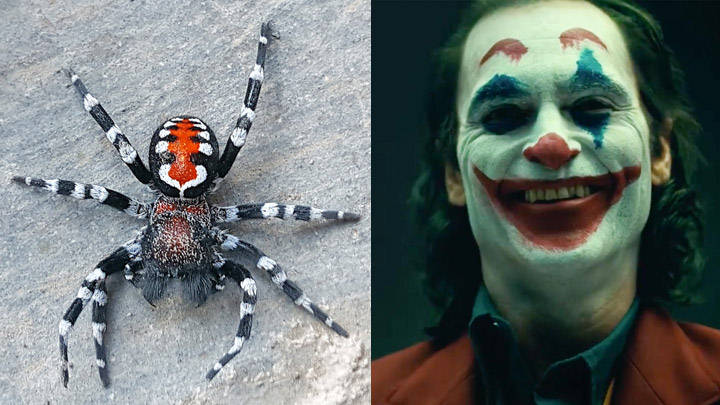 The pattern on the spider’s back resembles the Joker’s classic painted smile.

A new species of spider bears the striking red and white pattern on its back, reminiscent of the makeup worn by Batman’s arch enemy. This resemblance has led his discoverers to baptize the arachnid in honor of Joaquin Phoenix, whose interpretation of the character in the 2019 film led him to win the Oscar for best actor.

Ironically, the colorful spider belongs to the genus Loureedia, named after the father of alternative rock Lou Reed, who was known for always wearing black and rarely smiling.

Scientists discovered the new species, Loureedia phoenixi, in Iran; and it is the first of its genus – now made up of 4 species – to be identified beyond the Mediterranean region. 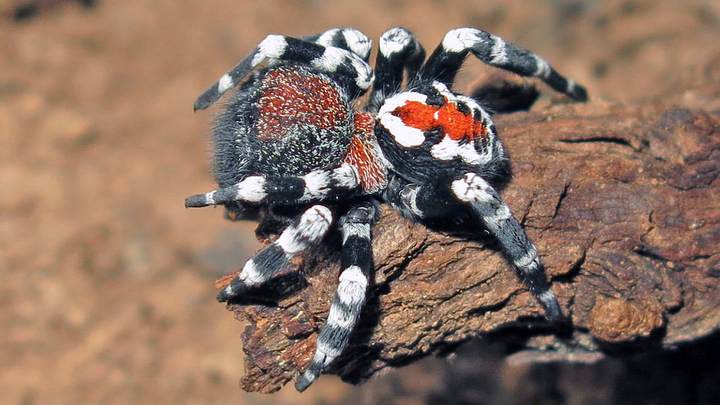 “On the back of the spider male L. phoenixi, a splash of vivid red stands out against the white background, as does Joker’s disturbing smile in contrast to his pale makeup,” the scientists write in the study.

“Still, magnification is needed to be able to see it clearly, since the spider’s body is only 8 millimeters and is covered in small hair.”

“In fact, the spiders of this family – Eresidae – are known as velvet spiders for their fur with these characteristics,” says Alireza Zamani, arachnologist at the Biodiversity Unit at the University of Turku in Finland. “Velvet spiders are especially interesting to scholars because they have unusual habits, such as cooperating to build communal nests and caring for their young.”

The discovery of spiders of the genus Loureedia It is considered a rarity since these creatures are only active on the surface for a period of three weeks each year.

“These spiders spend most of their lives in their underground nests,” explains Zamani.”

“Males leave their burrows to hunt and supply females, usually from late October to mid-November.”

So far, scientists have collected and described only male specimens of the Joker spiders. But the search will continue to find the elusive females, marking locations where they could be found based on available data.

“Ideally, if we have enough time and patience, it would be to follow the trail of a male. Surely sooner or later it will lead us to some female. In this way, we can even have the opportunity to observe and photograph the act of copulation, which has still not been documented for any of the species. Loureedia “, concludes Zamani.

The findings have been published in the specialized journal Arthropoda Selecta.