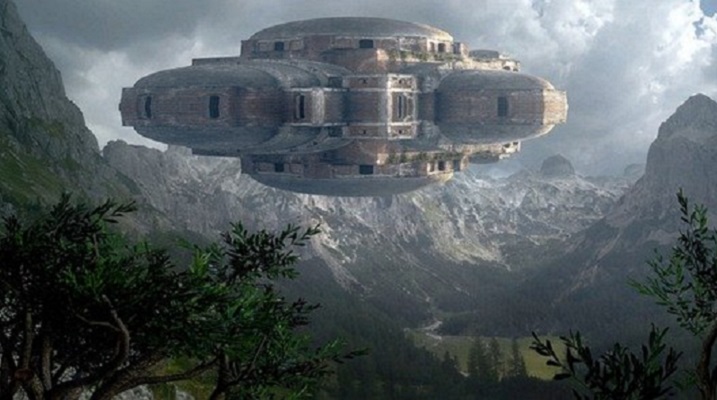 According to American ufologist Nick Redfern, during many years of research he met 15 or 16 people who became vegetarians after close contact with UFOs.

Moreover, as the researcher notes, “their transformation happens unusually fast, as if something is manipulating their consciousness“.

The cases we present to you below are stories that Redfern learned from direct eyewitnesses.

The first story is about a woman named Rosario, a resident of Puerto Rico. On March 27, 2000, the woman was spotted near the El Junke rainforest, known for numerous UFO sightings picking bananas. Suddenly her attention is drawn to a resonant buzz coming from above. Rosario looks over his head and is surprised to see a triangular black object.

The object is small, about 7-10 meters long and shiny surface. It stands in the air about 30 meters above the ground.

Rosario’s surprise and astonishment turn into shock when a thin ray of light emerges from the base of the UFO, scattering and enveloping the woman in a pink glow. For a time, she was paralyzed, and her mind was filled with images of nuclear war, devastation, and ecological collapse, showing the supposed near future of Earth.

The last image she was shown was of a large bald humanoid head with huge black eyes. The face is similar to the alien depicted on the cover of Whitley Streiber’s 1987 book Communion, which Rosario was inexplicably drawn to read immediately after the incident.

Suddenly the light recedes, the flying triangle rises in the sky and slowly heads towards the middle of the rainforest.

A few hours after this contact, Rosario felt a strong need to learn about the ecological problems of the planet, and one night she became a vegetarian, and all her life she was a lover of meat dishes.

Another story of the sudden transformation from a carnivore to a vegetarian after contact with aliens takes place in 1997 in Wiltshire, England. Late in the evening, Adrian Hancock walks near a field where a huge circle of wheat has recently appeared. Similar forms in the fields appeared in abundance in the United Kingdom in those years.

Suddenly, Adrian sees a small ball of light, which emits a slight hum and “jumps” up and down, then rises vertically in the sky and disappears.

It’s a brief contact with “something” unknown, and a few days later Adrian forgets what happened. Soon after, one morning he wakes up with a strange and incomprehensible desire to stop eating meat and needs only plant foods.

This desire is unexpectedly strong and deep, and the man could not overcome it. He has since become a vegetarian.

There is also a story in Nick Redfern’s archive about an unspecified person who, after being near a wheat circle, suddenly begins to feel an incredible aversion to… sugar.

It is difficult to determine the purpose of such changes in eating habits. Rosario or Adrian did not become vegetarian “gurus” and did not begin to “preach” their beliefs. They just change their eating habits and don’t try to impose them on anyone else.

But since then, both Rosario and Adrian have regularly had nightmares of nuclear apocalypse and world war, with destroyed cities around the world and billions killed.

If aliens want humans to be vegetarians, then why not do it en masse, worldwide? Why do they turn only certain people into vegetarians? Maybe this is just a test experiment, and the main thing is yet to come?

Advertisement. Scroll to continue reading.
In this article:Nick Redfern, vegetarians