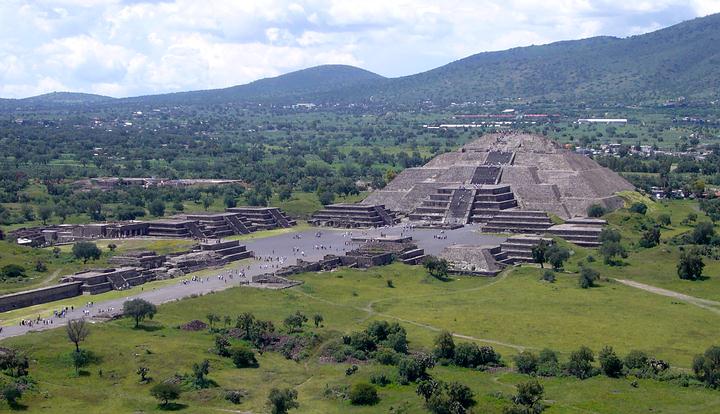 The discovery of a natural cave under the Moon pyramid and its symbolic orientation, could demonstrate that this was the starting point for the construction of the once “city of the gods”.

Under the Moon pyramid, in Teotihuacán, Mexico, archaeologists have corroborated a discovery that took place here. between the years 2017 and 2018: a natural cavity 15 meters in diameter and one or more tunnels under its foundations, about eight meters deep.

Until three decades ago it was thought that the cave inside the other great pyramid of the complex, that of the Sun, was also of natural origin, so it was assumed that the builders would have left from that point to trace the great city. However, more recent studies have shown that the latter’s tunnel is artificial, leaving the Moon’s pyramid as the zero point.

To reach this conclusion, specialists from INAH (National Institute of Anthropology and History of Mexico), in collaboration with the Institute of Geophysics of UNAM, used non-invasive geophysical techniques (ANT and ERT) that allowed identifying the large cavity under the building , as well as some access tunnels.

“”The fact that this cavity (located in the Pyramid of the Moon) was not excavated by the pre-Hispanic inhabitants, as in the case of the tunnels located under the Pyramid of the Sun and the Temple of the Feathered Serpent, offers a novel perspective on the origin of planning for the metropolis,” says Denisse L. Argote Espino, researcher at the Directorate of Archaeological Studies at INAH.

These studies also confirmed that the ancient inhabitants of Teotihuacán reproduced the same pattern of tunnels, whose purpose was to emulate the underworld, in all its great monuments.

The mouth of the natural cavity below the Pyramid of the Moon is oriented towards Cerro Gordo, a mountain of sacred character, which seems to confirm its symbolic and primordial relationship. 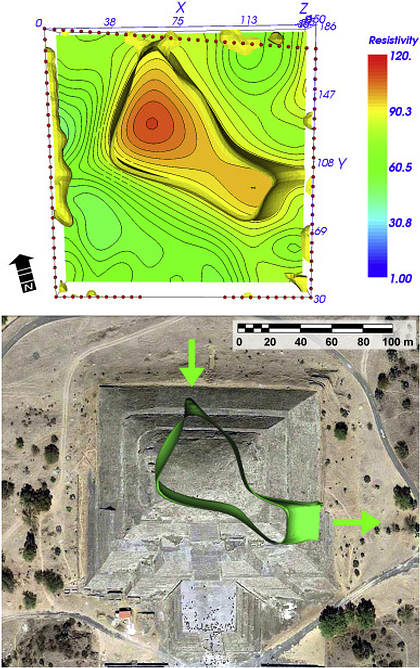 The specialist also comments that the access tunnels of both the Pyramid of the Sun and the Temple of the Feathered Serpent keep an east-west sense, which is common in the Mesoamerican worldview. 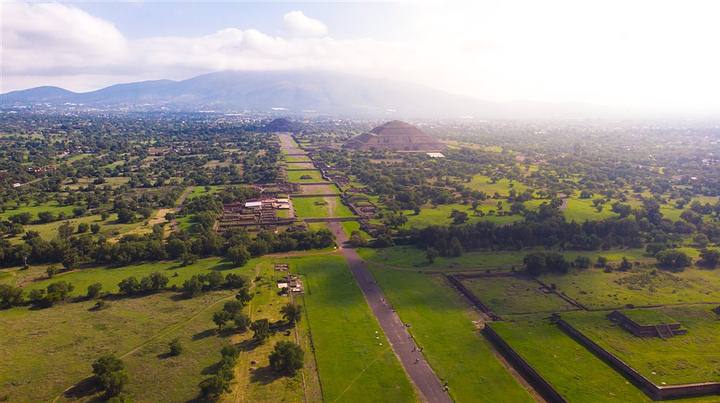 Teotihuacán, located about 60 kilometers from Mexico City, was founded in 100 BC and fell around 650 AD. It was a great sacred metropolis, known for its pyramids, whose origins and inhabitants are still uncertain

“The importance of underground tunnels and caves in cosmic ideology and Mesoamerican culture, in general, and Teotihuacán, in particular, has been extensively proven in different research projects and publications. In addition to these, in the 21st century, in-depth studies were carried out on the Pyramid of the Moon, a monument dedicated to the female deity of water, fertility, the Moon and, probably, the Earth”, the researchers conclude.

The study detailing the new findings has been published in the Journal of Archaeological Science.

In this article:Moon pyramid, Teotihuacán