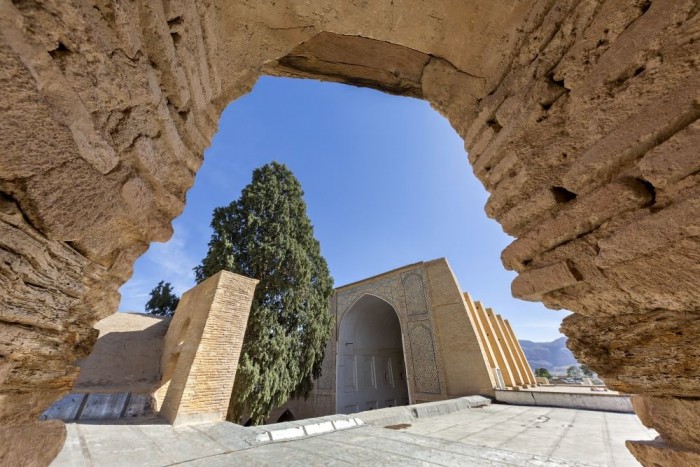 An international archaeological mission working in the south of Iran, during excavations in the vicinity of the ancient city of Persepolis, discovered the remains of a monumental gate, which is told in the legends of King Cyrus the Great.

As Tehran Times reports, a fairly well-preserved remains of a majestic gate were discovered about three kilometers from Persepolis. They were unearthed by a joint mission, which, along with Iranian archaeologists, includes researchers from Italy.

Scientists have announced the discovery only now, although the first traces of the monumental structure were found 10 years ago. However, the excavation was completed only during the tenth field season, and it took scientists time to identify the structure.

Only now archaeologists have confidently stated that they have managed to find the famous Pardis Parsa gate. In written sources about King Cyrus the Great, it is mentioned that, by his order, these gates were erected near Persepolis, in the Tall-e-Ajori palace. It is interesting that they were completed already during the reign of his son Cambyses.

In fact, these “gates” were a small palace. During excavations, archaeologists and cultural heritage experts found that their size was 30 by 40 meters, and they were about 12 meters high. 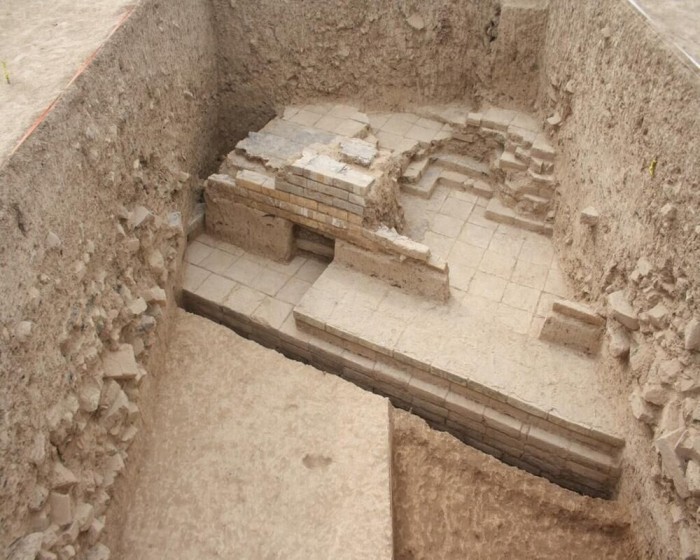 According to the head of the project, Iranian archaeologist Alireza Askari-Charudi, a corridor was arranged in the center of this building, which was a rectangular room measuring 8×12 meters. He led to the central residence of the Achaemenids – a powerful dynasty, the ruler of the empire of which was Cyrus the Great.

“The gate was built of bricks and clay, and the entire façade was finished with painted bricks,” says Askari-Charudi. “The lower parts and the base of the walls were decorated with images of a lotus, and the facade was decorated with various colored panels depicting mythical animals and symbols of the beliefs of the ancient Iranians, Elamites and Mesopotamians.”

More importantly, cuneiform was discovered in the central room – inscriptions in Babylonian and Elamite. Scientists have dated the gate based on several sources of information. So, they carefully studied architecture, building materials, motives for decorating walls and ancient texts.

In addition, radiocarbon analysis of the materials was carried out. All this together indicates that the found monument was built after 539 BC in honor of the conquest of Babylon by the army of Cyrus the Great.

By the way, the empire founded by the Persian kings Cyrus and Darius at the peak of its power stretched from the Balkans to Central Asia. It was the first state model based on the principles of diversity and tolerance for different cultures and religions. It existed for more than two centuries, from about 550 to 330 BC.

From ancient legends it is known that when Cyrus entered Babylon, he did not give the order to burn it to the ground, although at that time this is what usually happened with the conquered cities. On the contrary, he allowed the locals to return to their homes and allowed them to follow their religious beliefs and practice their religious practices.

As for Persepolis, this city was the ceremonial royal capital. It is included in the UNESCO List of World Cultural Heritage Sites. The city was distinguished by a unique architecture – its planning had no analogues. It was the center for the development of building technology and art.

Persepolis, also known as Takht-i-Jamshid, was located at the foot of Mount Kuh-e-Rahmat (Mountains of Mercy), about 60 kilometers northeast of the modern city of Shiraz in the Fars province. It was founded around 518 BC by King Darius the Great, but was burned down by Alexander the Great in 330 BC. So the great conqueror took revenge on the Persians – 150 years earlier, the Persian king Xerxes burned Greek Athens.

In this article:Cyrus The Great, Iran