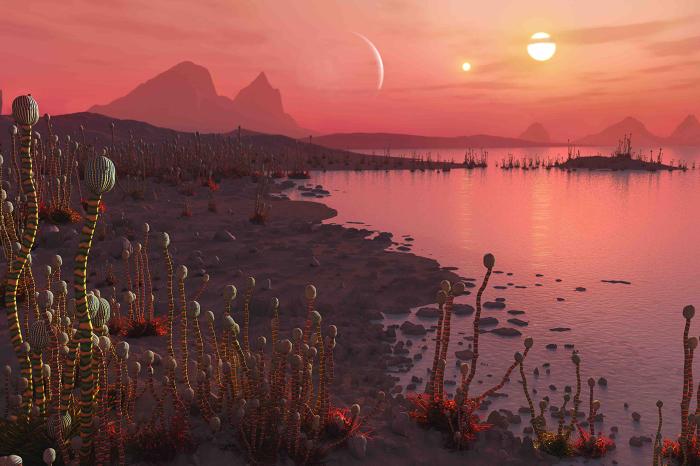 The exoplanets with two suns they have long become familiar places where science fiction novels and movies events are taking place.

One of the most impressive and well-known examples of this is the desert planet Tatooine, the birthplace of Anakin and Luke Skywalker in the famous film saga Star Wars. But only in 2011, NASA scientists who used the space telescope Kepler have managed to provide clear evidence that such exoplanets that revolve around two stars at the same time do exist.

The discovered planet was called Kepler-16b.

Despite the impressive discovery, scientists continued to believe that these planetary systems are extremely rare due to the complex attraction of two suns at the same time. But that opinion turned out to be completely wrong, writes astrophysicist Paul M. Sutter in an article for the Space.com. This was revealed as a result of a new analysis of millions of stars and the discovery of exoplanets that have been recorded and cataloged by the ESA space telescope since 2013.

In fact, there are only two scenarios in which the planets deal with the complex gravitational forces of two stars. If the stars are located too far apart, the planet could revolve around one star – the other will be visible from the planet’s surface like a bright star in the sky. In another case, both stars are close to each other – so the planet rotates at a safe distance around its double sun, as if it were just a celestial body.

These seemingly incredible star constellations are likely to occur much more frequently than expected.

Researchers have already discovered 300 exoplanets with double suns during their targeted research. So far, astronomical science has really ignored binary stars in search of (inhabited) exoplanets, because scientists considered their occurrence extremely unlikely in principle.

Sutter speaks of decades of confusion and scientific uncertainty:

Since we don’t pay much attention to searching for planets in binary solar systems, we had little chance of finding them. We did not look for anything like it and therefore we did not find it.

The researcher believes that the perception that these double suns are very common should definitely be considered when looking for new exoplanets.

In this article:exoplanets, two suns