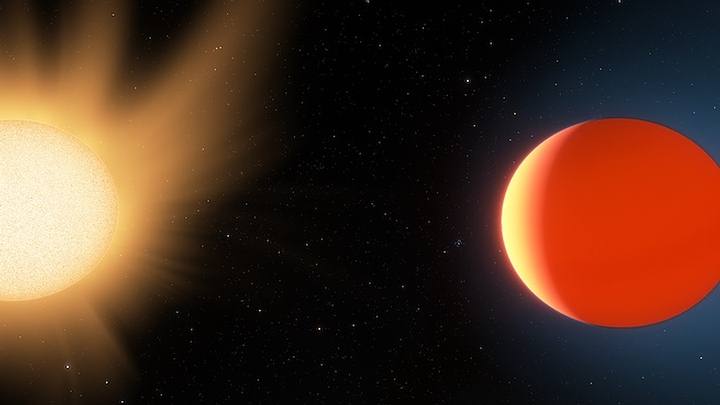 A team led by astronomers from the University of Kansas (KU) has processed data from NASA’s TESS and Spitzer telescopes to characterize the atmosphere of a very unusual exoplanet for the first time.

The exoplanet, dubbed LTT 9779b, is a “hot Neptune” 260 light-years away. These worlds – hypothetical until now – would be in an orbit close to their star (generally, at a distance less than the distance that separates the Earth from the Sun), and their mass would resemble the core and envelope of Uranus and Neptune – hence its denomination.

“For the first time, we measured the light coming from this planet that shouldn’t exist,” said Ian Crossfield, assistant professor of physics and astronomy at the University of Kansas and lead author of the study. ‘This planet is so intensely irradiated by its star that its temperature exceeds 1,650 degrees Celsius and its atmosphere could have completely evaporated. However, our Spitzer observations show us its atmosphere through infrared light emitted by the planet. ‘

And while the LTT 9779b is extraordinary, one thing’s for sure: people probably wouldn’t want to go there.

‘This planet does not have a solid surface, and it is much hotter even than Mercury in our solar system; not only would lead melt in the atmosphere of this planet, but also platinum, chromium and stainless steel, ”explained Crossfield. “A year on this planet is less than 24 hours, so fast it revolves around its star. It’s a pretty extreme system. ‘

This hot Neptune was discovered last year, becoming one of the first Neptune-sized planets detected by NASA’s TESS planet-hunting mission. Crossfield and his co-authors used a technique called “phase curve” analysis to measure the atmospheric composition of the exoplanet.

“We measured how much infrared light the planet emitted when it rotated 360 degrees on its axis,” he said in a statement. Infrared light tells you the temperature of something and where the hottest and coldest parts of this planet are; on Earth, it is not hotter at noon; it’s warmer a couple of hours after afternoon. But on this planet, it is actually warmer around noon. We see that most of the infrared light comes from the part of the planet when its star is high and much less from other parts of the planet.

Temperature readings are considered a way to characterize your atmosphere.

“The planet is much colder than we expected, suggesting that it is reflecting much of the incident starlight hitting it, presumably due to permanent day-side clouds,” said co-author Nicolas Cowan of the Research Institute of Exoplanets (iREx) and McGill University in Montreal, who assisted in the analysis and interpretation of the thermal phase curve measurements. “The planet does not transport much heat to its night side either, but we think we understand why: the starlight that is absorbed is probably so high in the atmosphere, from where the energy is quickly radiated back into space.” 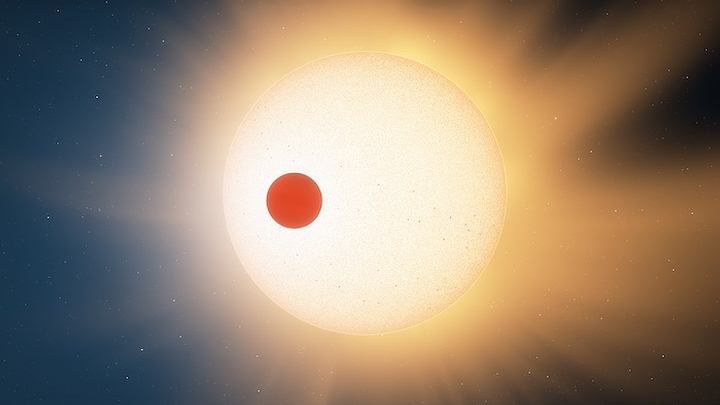 According to Crossfield, the results are just a first step toward a new phase of exoplanetary exploration as the study of exoplanet atmospheres steadily moves toward smaller and smaller planets.

The researcher explained the extreme rarity of Neptune-like worlds near their host stars, a region typically so devoid of planets that astronomers call it the “hot desert of Neptune.”

“We think this is because hot Neptunes are not massive enough to prevent substantial atmospheric evaporation and mass loss,” he said. “So most of the nearby hot exoplanets are massive hot Jupiters or rocky planets that long ago lost most of their atmospheres.”

Although this hot Neptune is not suitable for colonization by humans or other known life, researchers think that evaluating its atmosphere could perfect the techniques that will one day be used to find planets more comfortable for life.

“If anyone is going to believe what astronomers say about finding signs of life or oxygen on other worlds, first we are going to have to show that we can get it right with easy things,” he said. “In that sense, planets larger and hotter than LTT 9779b act as test targets and show that we are sharpening our aim.” 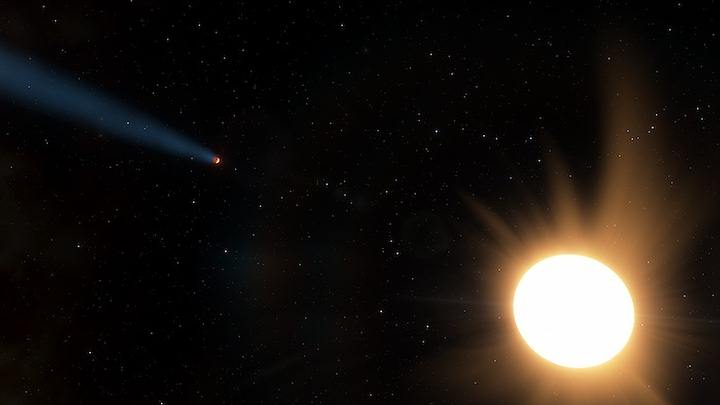 However, a lot of work still takes to understand these hot Neptunes and answer quite a few questions about them.

”How is this planet able to retain its atmosphere? How was it formed in the first place? Was it initially bigger but lost some of its original atmosphere? If so, then why isn’t its atmosphere just a minor version of those of the larger ultra-hot planets? What else could there be in their atmospheres? ”Crossfield concluded.

Advertisement. Scroll to continue reading.
In this article:LTT 9779b, unusual exoplanet