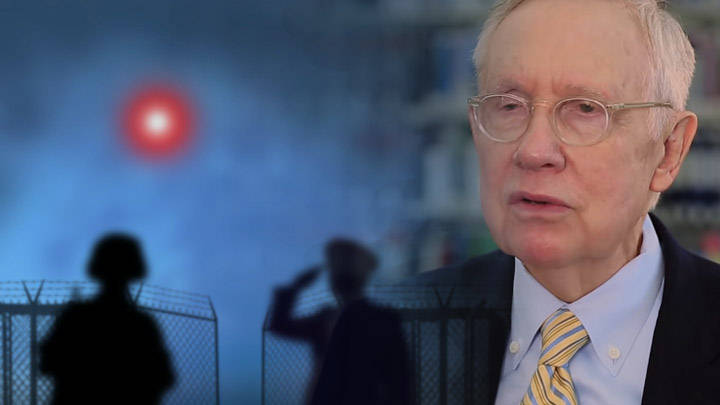 “If the president had ordered the launch of nuclear missiles, we would not have been able to do it.”

Former United States Senator Harry Reid, known for establishing the Advanced Aerospace Weapons Systems Applications Program (AAWSAP) at the Department of Defense to study anomalous aerial phenomena, made the remarks in a documentary released this week on the UFO subject and its government cover-up.

On this occasion, Reid refers to numerous cases of military personnel working or working at nuclear facilities, where UFO sightings were reported at the site or the direct interference from these objects to disable launch systems, resulting in a security crisis.

“Including shocking never-recorded testimonies from high-ranking military and government officials, NASA astronauts, and fascinating footage, this documentary film reveals incursions by UAPs (Unidentified Aerial Objects) into nuclear facilities and the monumental events behind recent declassifications in the NY Times about him Pentagon program to investigate UFOs. Evidence that humanity is not alone in the universe ”, says the description of The Phenomenon, a documentary which is now available.

One of the cases Reid refers to of UFO incursions is, for example, the one reported by Captain David D. Schindele at Minot Air Force Base in North Dakota, home to the Minuteman, a US nuclear missile of the ICBM type – currently the only type of ICBM remaining operational in the United States based on land. In 1966, after UFOs were seen around the base, 10 ICBMs changed their status to “off” and could not be launched until they were restarted.

Schindele says he reported the incident to his chain of command, but that both he and others who saw the UFOs or witnessed the inexplicable shutdown of the missiles were ordered to remain silent about it for the rest of their lives.

Schindele broke that silence in 2010, along with other military personnel who gave their testimonies at a conference that took place at the National Press Club, in the United States capital, where it was demanded that the government lift the secret about these alleged events.

‘No one has to agree on why they are here, but shouldn’t we at least spend some money studying this phenomenon? The answer is yes. And that’s what it’s all about. And why the federal government has covered up the issue all these years, putting obstacles to everything. I think that is something very bad for our nation,” the former Senator says.

Reid has been a proponent – both publicly and privately – of UFO and alien declassification, claiming that the US government has in its hands “physical evidence that still remains in the shadows.”

The above about UFO interference in nuclear facilities had also been confirmed in the past by Edgar Mitchell, nothing more and nothing less than the sixth man to walk on the Moon.

Shortly before his death, in August 2015, the former NASA astronaut stated:

“They wanted to know our military capabilities. My own experience talking to people involved has made it clear to me that aliens have been trying to prevent wars and helping to create peace on Earth.

I have spoken with many Air Force officers who worked in silos during the Cold War. They told me that UFOs were frequent visitors and often intervened by deactivating missiles. Other base officers in the Pacific even claim that their test missiles were shot down by alien ships. There was a lot of activity in those days”

The documentary The Phenomenon can be currently seen — HERE.