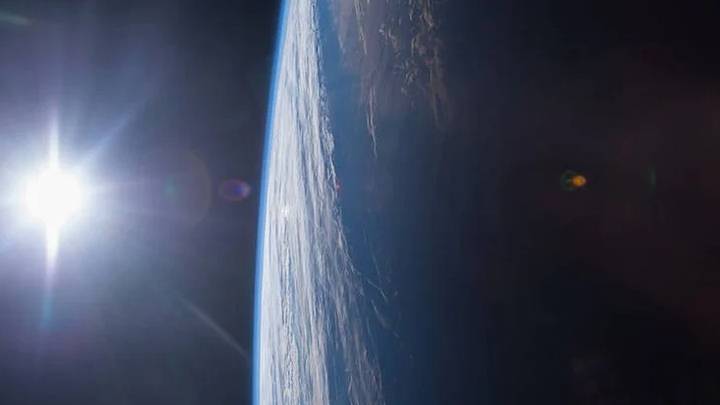 The event happened last week over the South Pacific, more specifically on Friday the 13th.

Named 2020 VT4, the asteroid was detected by the Asteroid Land Impact Last Warning System (ATLAS) survey at the Mauna Loa Observatory in Hawaii. And the particular thing was that nobody saw it coming, because such detection occurred during the morning of Saturday, November 14, after 15 hours of the maximum approach.

This, however, is not uncommon for fast-moving space rocks approaching Earth from our blind spot (from the Sun), such as 2020 VT4.

This fleeting visitor is estimated to be between 5 and 10 meters (16-32 feet) wide, about the size of a small house. Fortunately, Earth did not occupy the same space as the asteroid’s perihelion point, which occurred only 20 hours earlier.

Record broken twice in one year

The recent detection sets a new record for the closest passage of a non-meteoric asteroid ever recorded. It should be remembered that this record had already been broken once this year, with asteroid pass 2020 QG 3,000 kilometers (1,864 miles) from the Earth’s surface on August 16.

The closest 400-kilometer approach occurred under daytime skies, at 5:20 p.m. (UT) on Friday, November 13, over the South Pacific (near the Pitcairn Islands) and following Earth’s shadow. To put distance into context, the International Space Station also orbits 400 kilometers above the Earth’s surface, and is 109 meters in size from tip to tip.

And while no one seems to have spotted it with the naked eye, 2020 VT4 was theoretically visible as a magnitude +3 “star” on its outbound leg, shortly before sunrise in Tasmania – in case someone there had been watching the sky, maybe an early riser sailor might have seen it.

No satellites (including the ISS, which was over the South Atlantic at the time) were affected by the asteroid’s passage, although it certainly passed through the sphere of geostationary satellites and skimmed the ring of low Earth orbit.

Had it hit Earth in a populated or semi-populated area, the space rock would have simply put on a good show and perhaps left a meteor-strewn field in its wake. Its size was not enough to generate greater damage.

Images of the discovery of the asteroid 2020 VT4. (ATLAS / Larry Denneau)

However, this close encounter of the cosmic type substantially altered the orbit of 2020 VT4. The asteroid was in a 549-day orbit around the Sun, inclined 13 degrees from the ecliptic. But after its recent visit to Earth, it drifted into a 315-day orbit inclined 10.2 degrees against the plane of the ecliptic.

With a perihelion now within the orbit of Venus, this actually changes the 2020 VT4 classification from an Earth-crossing NEO Apollo to an Aten asteroid.

Advertisement. Scroll to continue reading.
In this article:2020 VT4, asteroids