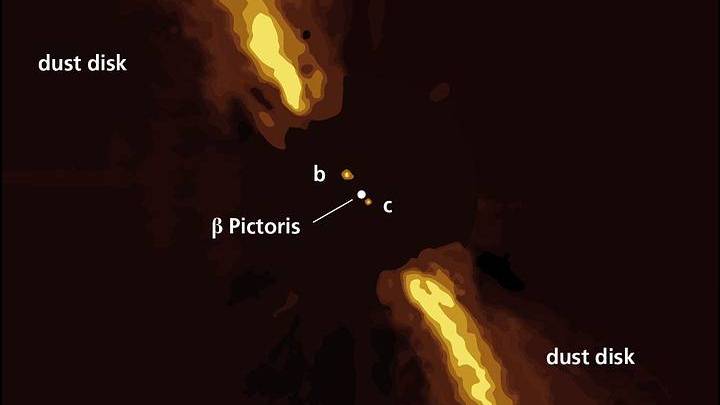 It is the second planet around Beta Pictoris, a star that is less than 23 million years old and still has a protoplanetary disk. 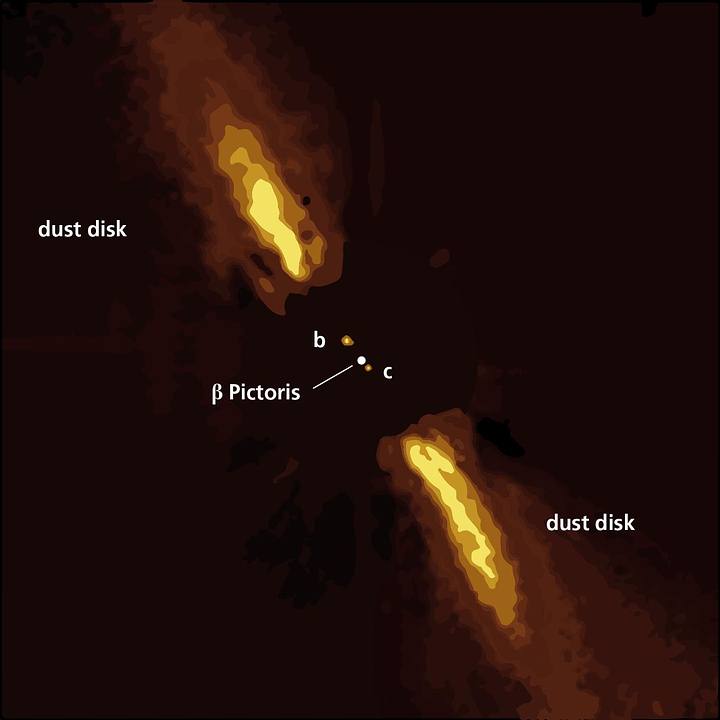 Most of the exoplanets confirmed to date have never been seen directly. Their presence has been verified by indirect means, such as the effect they have on their host star. But now, for the first time, astronomers have revealed direct images of an indirectly found world, managing to measure its brightness and mass.

Since this exoplanet is so close to its parent star, its faint glow was difficult to perceive until today. However, thanks to the Gravity instrument that works together with the long-range telescope called Very Large Telescope, of the European Southern Observatory (ESO, for its acronym in English), the experts were able to observe its flash of light. 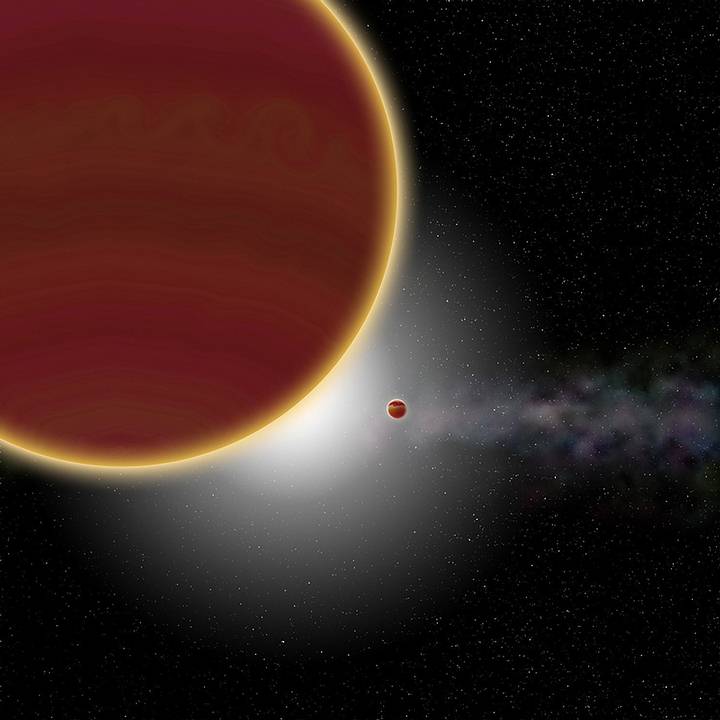 Originally the celestial body was detected in 2019 by the radial velocity method that measures the drag and pull of the parent star due to the planet’s orbit.

“We are just beginning to explore amazing new worlds, from the supermassive black hole at the center of our galaxy to planets outside the solar system,” said the co-author of the study, Frank Eisenhauer, after highlighting Gravity’s great “level of detail and sensitivity.”

The find was only possible because of new radial velocity data that allowed the team to accurately identify and predict the expected position of the exoplanet so that Gravity can find it. These were published in a second article.

Therefore, Beta Pictoris c is the first planet that has been detected and confirmed with both methods, radial velocity measurements and direct imaging, allowing scientists to combine knowledge of the two previously separate techniques. 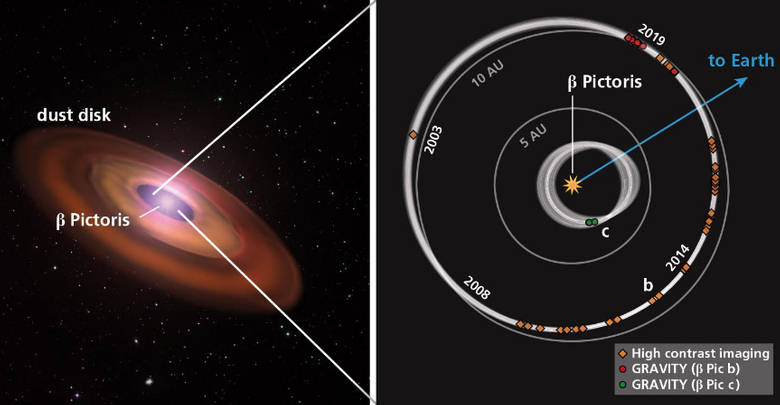 “Now we can get both the brightness and the mass of this exoplanet,” explained the lead author of the second article, Mathias Nowak, adding that “as a general rule, the more massive the planet, the brighter it is.”

For now, experts consider that only the mass estimate of Beta Pictoris c is reliable, while it is hoped that radial velocity data in the future will be able to more accurately determine the mass of Beta Pictoris b. Meanwhile, one of the hypotheses points to one exoplanet being much colder than the other.

In this article:Beta Pictoris, exoplanets