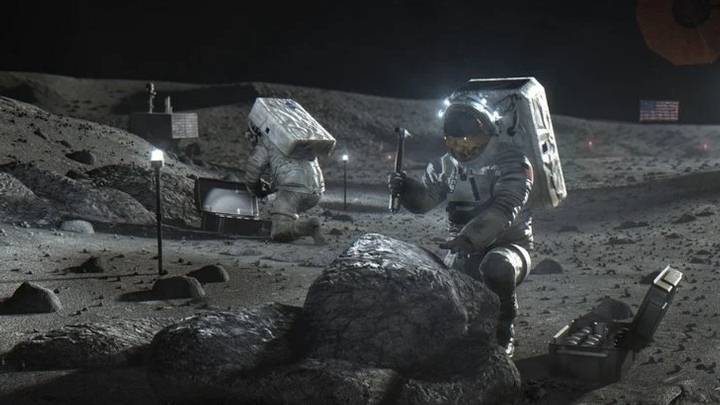 As NASA prepares for humans to return to the Moon, this time to set up bases and stay there, one of the greatest dangers colonizers will face will be radiation from space. The new measurements are not very encouraging.

Between the 1960s and 1970s, the Apollo missions proved that it was safe for humans to spend a few days on the lunar surface. However, on such occasions daily radiation level measurements were not taken to help scientists quantify how long a crew could stay there.

These data have just been provided by a Chinese-German research published in the journal Science Advances, which collected and analyzed the results of experiments carried out by the Chang’e 4 lander in 2019.

“The radiation from the Moon is between two and three times higher than what you are exposed to on the International Space Station (ISS),” explained co-author Robert Wimmer-Schweingruber, an astrophysicist at the University of Kiel. “So that limits a person’s presence on the Moon to two months, taking into account the week-long trip there and back.

There are several sources of radiation exposure: cosmic rays, sporadic solar particle events (eg flares), and neutrons and gamma rays from interactions between space radiation and the lunar soil.

Radiation is measured using the sievert as a unit, which quantifies the amount absorbed by human tissues.

The team found radiation exposure on the Moon to be 1,369 microsieverts per day, about 2.6 times the dose ISS crew members receive on a daily basis. The reason for the latter is because the astronauts inside the station are partially shielded by Earth’s magnetic bubble, called the magnetosphere, which deflects most of the radiation from space.

Our planet’s atmosphere provides additional protection for humans on its surface, but we are more exposed as we ascend.

Under the Artemis mission, NASA plans to return men – and women for the first time – to the Moon by 2024, attempting to establish a sustained presence, with astronauts working and living on the surface.

For Wimmer-Schweingruber there is a solution that could allow colonizers to spend more than two or three months on our satellite: to build radiation-shielded habitats on at least 80 centimeters of lunar soil.

In this article:Artemis mission, moon radiation