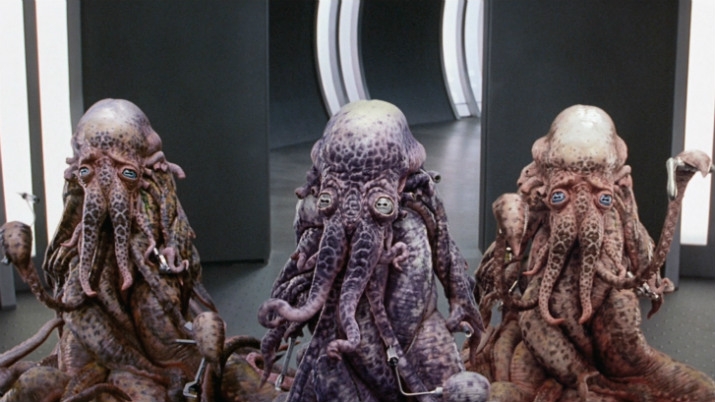 On May 21, 2007, a resident of the town of Jackson, Wyoming, disappeared without a trace. The day before, she was preparing for the exam and, as usual, before an important event, she went to bed early. Nobody has seen her since.

Moreover, the parents themselves assure that all the windows and doors in the house were locked in the morning, and the keys were in place. Patricia Lyons (the name of the disappeared) could not leave the house and lock it on her own.

The loss caused a stir in the small town. The police of the city, and later the entire state of Wyoming, began an urgent search for the missing girl. No clues or evidence of escape could be found. On the fourth day, Bella, a friend of the disappeared, stated that Patricia, shortly before the loss, talked about how she began to receive telepathic messages. At this point, she began to have severe migraines and was bleeding from her nose. Nobody believed the girl, and a doctor’s examination did not reveal any health related issues.

At the end of a week of searching, her desperate parents received a message from their daughter. She wrote from an unknown phone number that she was in Kirkland Lake, Ontario. In less than a week, the girl traveled more than half the country and ended up in neighboring Canada. Considering that the student did not use transport, and in general it is impossible to get there by hitchhiking during this period, the case intrigued the police.

Local doctors examined Patricia Lyons and found no signs of dehydration or any injuries. After successfully returning to Jackson, she told the police and her parents an incredible story. The girl was in awe, as she visited an alien base. Patricia reported that for about two months she received telepathic messages from unknown beings. It looked like she was eavesdropping on someone’s conversation. There were three different voices talking in total. The language used by the strangers was incomprehensible to her.

The very night Patricia went missing, she was awakened by a familiar voice. Only this time it came from somewhere above rather than inside the head. She opened her eyes and saw that she was not in her bedroom, but in a narrow niche in the wall. While trying to stand on the floor, she noticed with horror that there was no floor. The dugout ended up in a pipe, which was an elongated hall with many holes in the walls. Some of them were occupied by sleeping creatures, not only people, but many other entities.

The girl took a step and felt that despite the floor absence, she literally walked through the air and did not fell down. Then Patricia decided to walk in an unfamiliar place. At some point, it was picked up by a current of air, as if by an invisible hand, and directed towards a rounded hole. The doors to the compartment opened, and she stepped inside. There were white small cubes, millions and billions of them. She took one. It looked like refined sugar, but she did not dare to try it.

Later, three creatures entered the same place, most of all similar to octopuses or squids. They were wearing black overalls, and on their heads were special devices, probably for breathing. When they noticed her, they startled, changed color from greenish to crimson and rushed away. Then the same invisible hand or a stream of air pushed her out of the room and lowered her several tens of floors below. They were already waiting there. It was only at that moment that Patricia realized that she was not breathing as her body did not need breathing to exist there.

About 20 extra-terrestrials were located in a semicircle on the upper tier. The girl herself was downstairs on a small platform. The light was dim. For some time, the sitting creatures were discussing something, it was evident from their gestures. But, since they were behind a glass structure, it was not possible to hear them. However, Patricia believed that she would not understand anything, since they clearly did not communicate in human languages.

After a brief encounter, hundreds of labeled galaxies appeared in front of the girl. Patricia realized that she had been asked to indicate where she was from. Alas, the names were in unknown languages, and she had been looking for the Milky Way for quite some time. When she managed to point to them, a hologram of our galaxy appeared in front of her. Thanks to her knowledge of astronomy, she found the Solar System, and then the Earth. Some discussion began again and this time it was long. She felt like hours had passed. Patricia felt very tired and stood with the last of her strength. The hologram was gone and then the light turned off. The girl sat down on the floor from impotence.

An invisible stream brought her back to the room with white cubes. One of them reached for Patricia’s mouth, and she ate it. She felt Instantly energized. This time she wanted to take a few more, but did not have time – she was again sent to a room where there were about 20 extra-terrestrials.

The hologram reappeared in front of the girl. Many of the galaxies turned out to be of greenish-blue color. Some were in yellow. The Milky Way was black, as were several others. At that moment, voices resounded in her head again and she felt a serious pain in her temples and forehead. While noticing that she was writhing in pain, the voices fell silent. Patricia lost consciousness and woke up only in a niche in the wall. How much time has passed, she did not know. She couldn’t get the hologram out of her head, where the Milky Way was painted black.

Most likely, according to her, this means that the galactic aliens have not yet entered into any space union or association. For some reason, they don’t fit. Patricia believed that due to the inability to communicate telepathically and our low level of technological development, we humans are mastering only our home planet. In space, people will not survive, and due to its aggressive and brutal behavior, humanity is not a candidate for full membership in intergalactic associations.

The next day, she began with the fact that she was placed in a glass capsule and had her body scanned with a device very similar to an MRI. They took blood from her, a few hairs, and cut off her nails. After a while she was back on Earth – wearing her pajamas in Kirkland Lake. Patricia didn’t remember any more details. She would very much like to return there, which she repeatedly admitted.

Since 2007, several years have passed and Patricia had been pretty much forgotten. But in 2011, she disappeared again. No one could find her, and her parents are still waiting for news from their daughter. In 2018, in an interview with Michael Lyons, Patricia’s father, said that if his daughter is happy where she is, then he is ready to accept the fact that he will never see her again. Who knows, maybe she is one of the few humans on this intergalactic ship?

In this article:alien abductions, Milky way