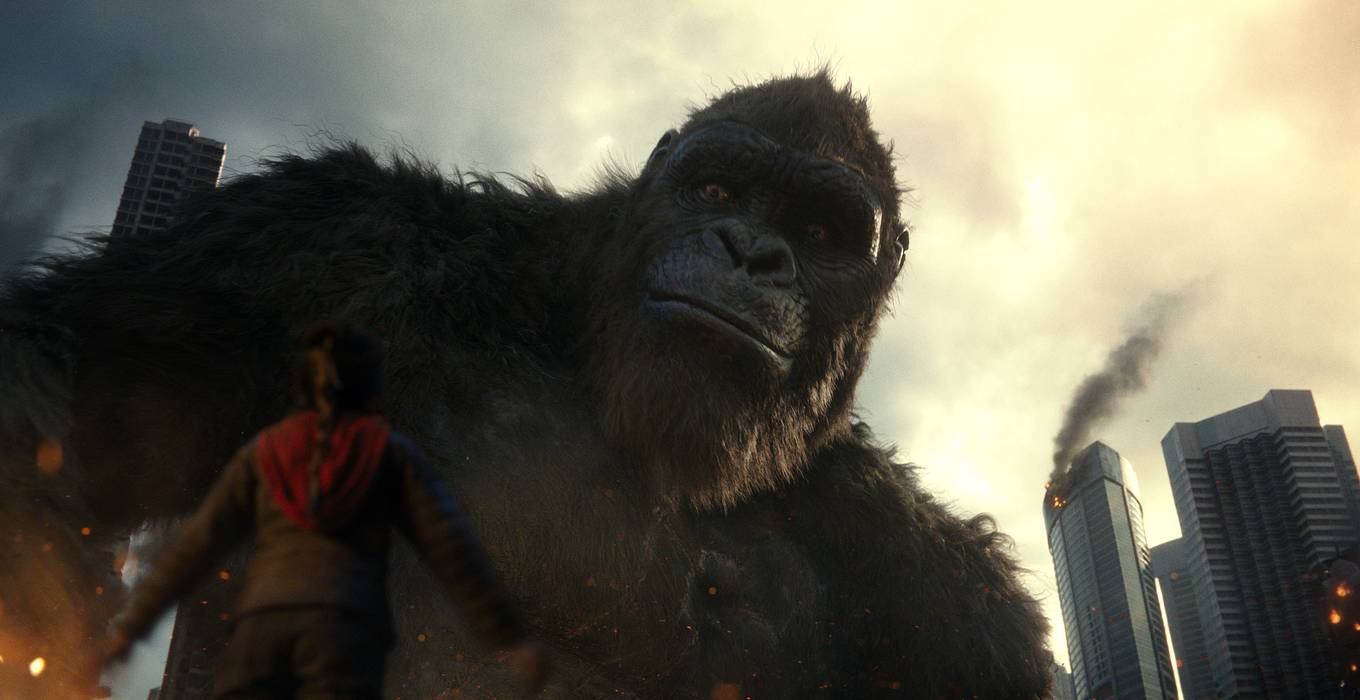 The sight of a colossal lizard crushing entire neighborhoods is awe-inspiring. Perhaps this is why many people like to watch giant creatures fighting on the screen. But this is only possible in the movies. We are reliably protected from King Kong or Godzilla by the laws of physics and evolutionary biology.

Remember what killed the villain Jafar in the cartoon (and film) Aladdin? He fell victim to his own appetites. Having wished to become a genie, he forgot about the curse that haunts these creatures: they are slaves of the lamp and are obliged to serve their masters.

If someone suddenly wanted to become ten times larger, he would also be overtaken by a curse. More precisely, several curses, and they are all related to the laws of our world.

The curse of Galileo

In the films about King Kong, we see how a giant monkey does the same thing as its relatives – briskly jumps on the ground, climbs rocks and houses, even jumps. It seems that her own dimensions are not at all an obstacle for her. But if the laws of physics in the film work the same way as in our world, such a beast could hardly move.

Almost four centuries ago, Galileo Galilei discovered the law of scaling of objects, known as the square-cube law. According to him, if you enlarge an object twice, its surface area will already quadruple (two squared), and its volume – eight (two cubed). The larger the multiplier, the greater the load on the structure. This is one of the reasons why it is difficult to design ultra-tall buildings.

In this case, the mass will grow in proportion to the volume. If we apply this law to our “experimental” – a monkey – we get the following picture. The average weight of a gorilla is 150 kg, and its height is 1.6 meters. A gorilla with a height of 30 meters will weigh more than 1000 tons. But such massiveness will only hinder her: after all, the strength of the muscles grows in proportion to the area. In practice, King Kong should be nearly 20 times weaker than shown in the movie. He could hardly even raise his hands. Worse, the bones and ligaments were not strong enough to support such a weight. In our world, developmental anomalies leading to gigantism create an inadequate load on the skeleton. The closest example to us is Robert Wadlow, who was the tallest man in history. Already upon reaching the age of majority, it was 2.5 meters high. And he continued to grow. At the age of 18, he was forced to lean on a cane, as his legs quickly got tired and hurt.

The curse of Harvey

The English physiologist William Harvey was a contemporary of Galileo. He discovered that the heart works like a continuously working pump. If an organ is poorly supplied with blood, it receives less nutrients and oxygen. The larger the creature, the more difficult it is for nature to build the “logistics” of blood supply. For example, the same Wadlow had heart problems, forced to pump blood almost twice as intense.

And King Kong would need an incredibly powerful heart to supply blood to the head – to a height of more than 30 meters. The brain of King Kong would suffer the most, given that the volume is the same gorilla brain, but raised to a cube. The giant would experience constant dizziness, and any sudden movement could provoke, at best, fainting. And at worst – death from rupture of blood vessels.

Even the tallest known land creatures – the sauropod dinosaurs – were no higher than 17 meters. And we still don’t know how exactly their blood supply worked. Take the tallest modern, well-studied animal, the giraffe. Their heart is three times more powerful than the human heart, and their blood is three times thicker than ours. Without these devices, the animals would immediately die from the pressure drop when raising or lowering the head.

It is clear that if animals of colossal size existed, they would not have appeared out of nowhere. Could King Kong have evolved? This option would mean that he was able to occupy an ecological biological niche. At the very least, he would need to provide himself with food. And not to him alone, but to a whole population of people like him.

Let’s take the largest animal on Earth – the blue whale. It weighs 136 tonnes and must eat approximately 3600 kg of plankton (small water crustaceans) every day to meet its calorie requirements. But the whale lives in the ocean, and such a diet is possible due to the fact that it constantly plows the water every day.

The average adult male gorilla eats about 20 kg of food per day – one-eighth of his body weight. King Kong would have to eat about 125 tons of food a day, which is several freight wagons. For an ecosystem, the emergence of a species of giant monkey like King Kong would be devastating. But something else is more likely: such a creature simply could not appear, since it could not provide itself with food.

And yet, where is the limit?

In nature, nothing arises without a reason. The increase in size also happens for a reason. This should give the species a certain advantage, the ability to survive in new conditions. For example, get more food. The impressive growth of the same giraffe allows it to reach plants inaccessible to other animals. And the blue whale had to grow larger in order to maintain body temperature in cold water. Large animals are also less susceptible to predator attacks.

On the other hand, being too large makes the species vulnerable. Biological giants – dinosaurs and insects – turned out to be one of the victims of climate change in the past. After all, the larger the animal, the more whimsical it is. He needs a lot of food and space to live. Cold snap or warming is equally detrimental to those who find it difficult to adapt to change.

However, we are talking about earthly conditions. On a smaller planet, such as Mars, for example, creatures similar to those on Earth could be larger. Gravity would be weaker, which means that it would be easier for them to overcome the burden of their own weight. But other problems would remain: where to get food, how to deliver nutrients, how to protect yourself from predators. Smaller, nimble, and smarter creatures would be a threat to the giants. As once people were for mammoths.

Advertisement. Scroll to continue reading.
In this article:Godzilla, King Kong