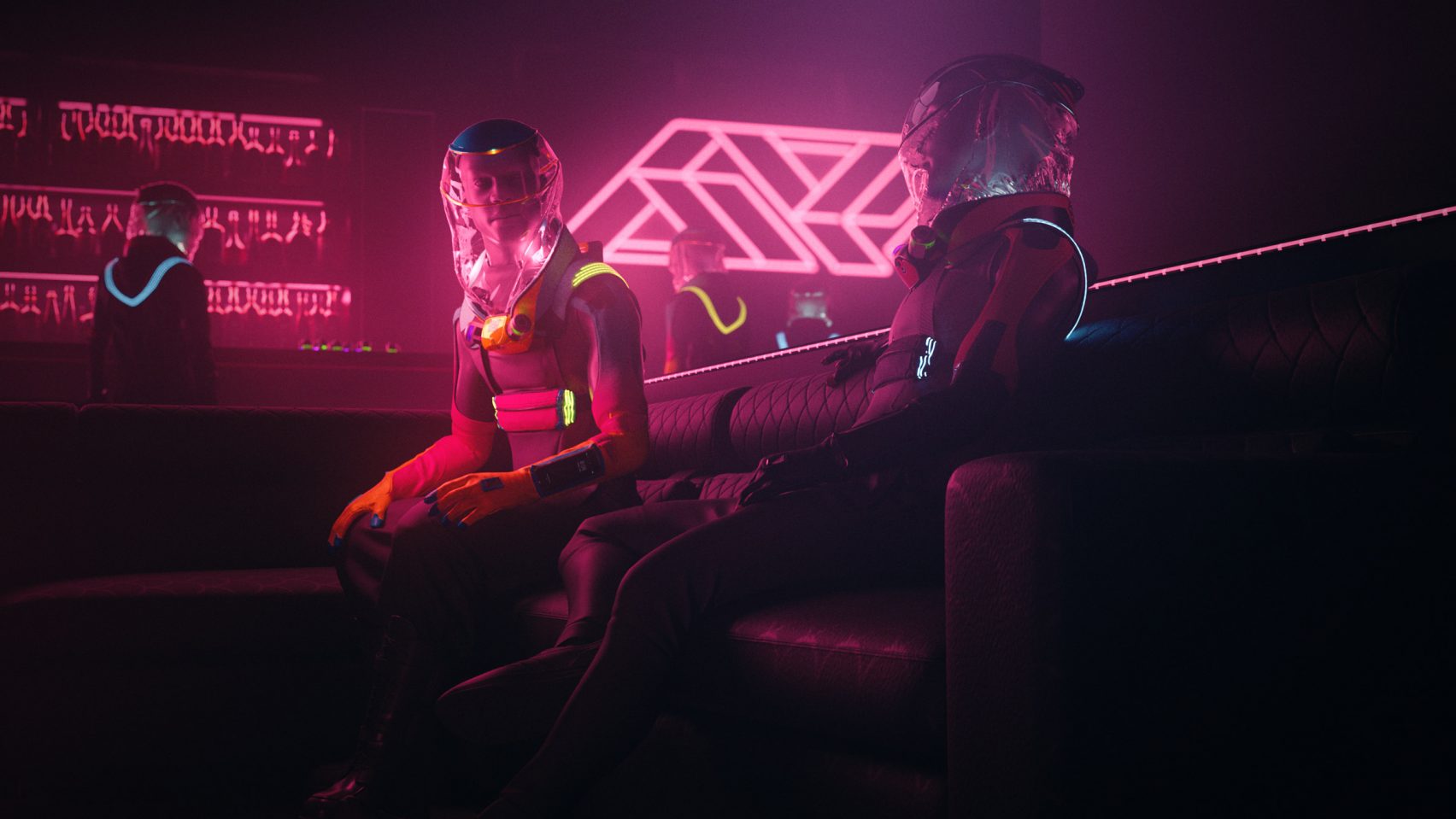 Developers from Los Angeles showed Micrashell – a kind of protective suit and smart semi-overalls that would one day go to parties, festivals or concerts even in a pandemic – and forget about the need to maintain distance.

The coronavirus pandemic required serious restrictive measures: residents of most countries were forced to stay at home, people can go out only for emergency visits to a doctor, to shops, pharmacies, to work or if a person is required to visit a relative. For violation of the self-isolation regime – fines are threatened, and if the rash actions of the sick Covid-19 entail the death of another person, then even a criminal punishment is provided.

In this regard, many of us have not seen friends, older relatives or parents for several weeks. Someone has already come to terms with this, realizing the danger of infection and the consequences of the disease , while someone is looking forward to the opportunity to meet loved ones and is tired of being imprisoned.

Thanks to the Internet, we still have the opportunity to chat with friends on Skype or Zoom, to brighten up self-isolation by taking an educational course, or to watch TV shows and movies in online cinemas for days on end, many of which provided free access. But the Los Angeles-based design company Production Club went further – and developed the concept of a “virus-protected suit,” called Micrashell.

According to the creators, such an antiviral semblance of a half-suit would one day make it safe to attend parties, film festivals, concerts of your favorite artists and sporting events during or after a pandemic – and you would not have to maintain a social distance of at least one and a half to two meters.

According to a press release published on the Production Club website, the suit is a “personal protective equipment that provides interaction between people in the group.” “Micrashell is a virus-protected, easy-to-use, fun-to-wear, disinfectable, quick-release suit that allows you to communicate without any distance. We are seeing an increase in the number of protests in favor of ending social distance measures; there are politicians who criticize the effectiveness of such a strategy, and even citizens who refuse to follow the rules, putting a large percentage of the population at risk, ”the developers say.

Micrashell covers only the upper third of the body, is equipped with cut-resistant fabric, a transparent helmet with filtering (the system is based on the N95 standard for cleaning air from viruses), smart wireless voice communication, internal and external microphones, an integrated controlled speaker system, a video camera and, of course, application for a smartphone (and the phone can be recharged from the suit itself).

The main material is fabrics made of UHMWPE (ultra high molecular weight high density polyethylene) and film composite, inserts are made of cordura (thick nylon fabric with a special thread structure, water-repellent impregnation and polyurethane coating).

In addition, the suit is equipped with two systems of lithium-ion batteries for a long uninterrupted active work. At the same time, LED bulbs located along the body can serve as signals about the user’s mood. “For example, running flickering lights can express joy, while a static red light will say“ I’m busy, ”the designers said.

A special pride of the developers is that the owner of Micrashell will be able to drink alcoholic (and any other) drinks or smoke a vape without taking off his suit. According to the description, this will become possible “through specially designed loading chambers under the helmet” and tubes leading to the mouth.

The drink remains closed inside a special canister and is not exposed to external agents as soon as the user starts drinking. And the fact that this is a semi-overalls solves the issue of visiting the bathroom or physical proximity with another person.

In addition to all of the above, Micrashell has a system of manual latches and adjustable straps, thanks to which the suit can adapt to the complexion of any person.

“The principle of Micrashell’s development was that we didn’t provide it with sci-fi functions that do not exist yet and will only become obstacles, but [decided] to use the technologies that are available to us. We don’t want it to be like Homer Simpson’s car, ” Miguel Risuño, team leader said.

Advertisement. Scroll to continue reading.
In this article:Antiviral Costume, Micrashell