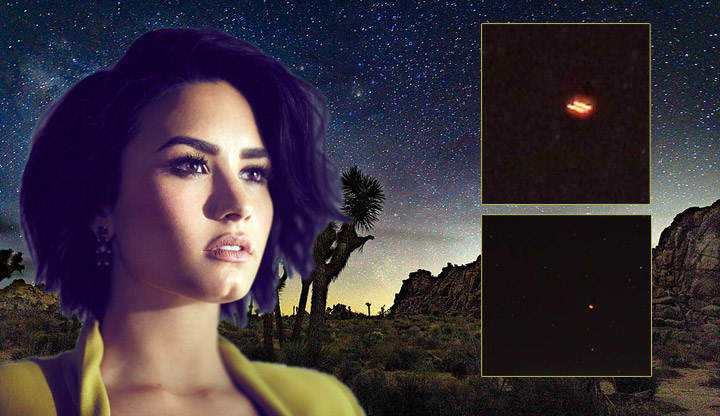 The singer showed photos and a video of the moment she witnessed sightings and encouraged her fans to follow in her footsteps.

The singer and actress Demi Lovato, 28, has once again surprised her more than 93 million followers on Instagram with a publication in which she recounts her experience of sightings and contact with aliens.

Lovato shared a video and three photos as evidence. “These are just some of the evidence from under the stars, in the desert sky, that can no longer be ignored and must be shared immediately,” she wrote in the description.

“During the last two months I have delved into the science of consciousness and have experienced not only peace and serenity like I have never known before, but I have also witnessed the most incredibly deep sightings, both in the sky and within meters of me“, the artist said when talking about some retreats she has carried out in the Joshua Tree National Park, located in the state of California and characterized by a desert area that includes parts of the Colorado and Mojave deserts.

Beyond ridicule or criticism she received from some followers, the singer is convinced that she has seen aliens and has communicated with them.

Lovato has also encouraged her fans to join in on the truth about extraterrestrial life: “This planet is on a very negative path to destruction, but we can change that together. If we can get 1% of the population to meditate and make contact, we would force our governments to recognize the truth about the extraterrestrial life among us and change our destructive habits that destroy our planet. 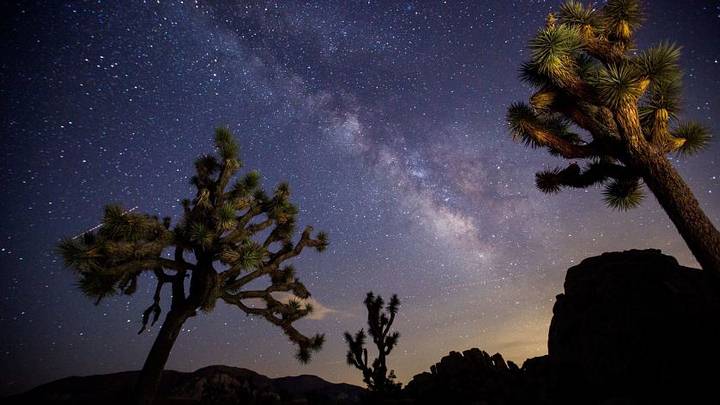 The Joshua Tree National Park owes its name to a species of Yucca, found almost exclusively in this area, called the Joshua tree

Finally, the interpreter recommended that her followers try to contact the aliens using mobile applications such as those developed by the team of the Dr. Steven Greer, founder of the ufological organizations Center for the Study of Extraterrestrial Intelligence (CSETI) and The Disclosure Project, which seeks the revelation of allegedly suppressed extraterrestrial information.

Greer’s team, CE5 (by Close Encounters of the 5th Kind), was precisely the organizer of the retreat where Lovato and a small group of people, taking advantage of the few polluted skies of the desert, attended to try to establish some contact with the UFOs and their crew members – something in tune with the latest documentary produced by the ufologist.

Notably, Joshua Tree National Park is a place where UFO sightings have been reported since the 1950s. Other artists have also visited it in the past in search of an otherworldly experience. For example, Keith Richards, guitarist for the Rolling Stones, he went there in the 1970s along with his colleague Gram Parsons and some LSD looking for UFOs.