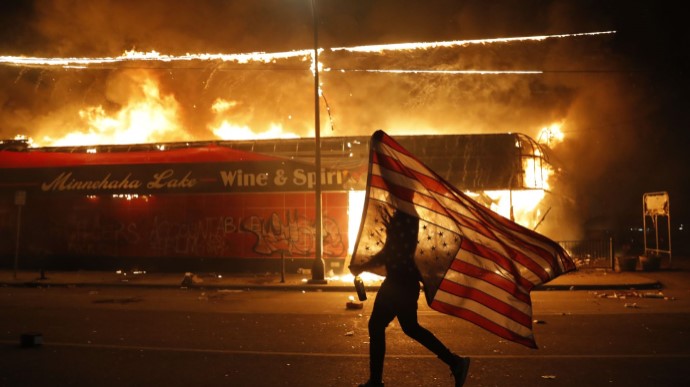 At the end of May 2020, reports began to arrive from India that China had begun the evacuation of its citizens from the country:

China evacuating its nationals from India! China doesn’t do it for fun! https://t.co/8eualXb17c

The reason for this step of the Chinese government is obvious: there is tension on the border, it’s a war, therefore, if no one touches the Chinese ambassador to India even during the atomic bombing of Delhi, the rest of the Chinese may suffer.

A little later, similar news came from Nigeria, from where China also began the evacuation of its citizens:

China seen today evacuating her citizens frm Nigeria. Though the reason behind this action is yet unknown. It’s coming as a surprise to some Nigerians.
Since the lockdown has been lifted in most state. Though economic activities are returnin slowly. This is said to be 1st batch pic.twitter.com/6yLOCTc6pu

Here, observers have already begun to rack their brains, since there are no Chinese pogroms in Nigeria so far. The most common version – there will be some kind of epidemic in Nigeria and the Chinese, who now know about pandemics more than anyone else in the world, evacuate their citizens in advance.

But then came May 30th and similar news came from the Chinese Embassy in the USA:

CHINA IS EVACUATING ALL CHINESE STUDENTS IN THE USA. pic.twitter.com/DwM0b5OoU2

In an information message from the Chinese government, Chinese students were advised to leave America, IMMEDIATELY.

US Is Increasingly Reminiscent Of Baghdad

The riots that began four days ago in Minneapolis by the end of the week spread to more than two dozen megacities and are likely to cover the whole country in the near future: Protest is blocking all of I35W in Minneapolis, crossing the Mississippi. pic.twitter.com/YTiepwYWrB

This isnt Baghdad but #Minneapolis this morning. Thought I’d let you know. pic.twitter.com/AEzNIRYa0G

This is what protests in Minneapolis looked like on Friday, the fourth night of escalating unrest. Watch the full video: https://t.co/2TzFF7j4ZX pic.twitter.com/zpGbfFgp8r

Aerial view shows a large gathering of demonstrators in the streets of Philadelphia as a fire burns amid protests over the death of George Floyd. https://t.co/OdRVqCsGsg pic.twitter.com/B2vQGDUScD

Currently on the strip in Las Vegas #GeorgeFlyod protest. pic.twitter.com/ZskgwpikrH

Sporadic clashes continue to erupt outside the White House. Protesters snatched a police shield from one exchange.
A once thinning crowd has grown again yo several hundred. pic.twitter.com/T6Pa2G40qm

At least one protestor spray painted graffiti on the bank building. pic.twitter.com/GSglZWAI18

Washington’s reaction is not very clear, because so far there has been no particularly severe suppression of riots.

Nevertheless, if chaos begins to grow exponentially – perhaps then conspiracy theorists will get an answer to the question that has tormented minds for decades: why does the US government store plastic coffins and build FEMA camps?

In this article:China, US protests