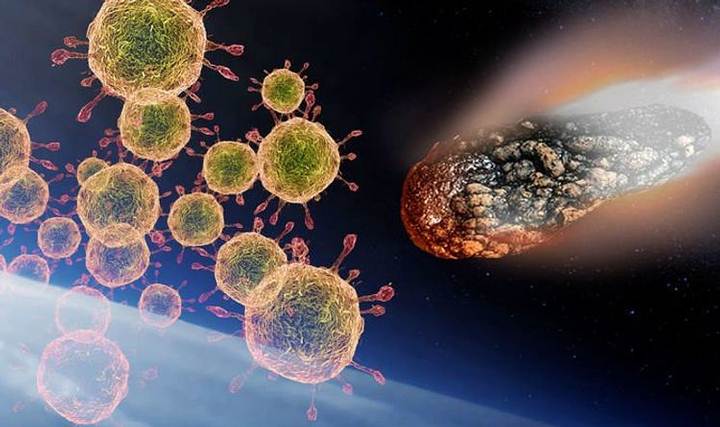 In ancient times comets contributed to bringing the building blocks of life to early Earth, as well as causing mass extinction events. But death from space would not only be the consequence of an impact event, in its dust comets would harbor extraterrestrial viruses that, among other things, could have been responsible for mysterious diseases and pests that suddenly struck humanity.

The theory is known as panspermia, a Greek word that literally means ‘all the seeds’. It proposes that life exists throughout the entire universe and is distributed as germs and spores. But not only that, thermophilic life forms and viruses could also survive the effects of space by shielding themselves inside comets, asteroids, and planetoids, staying “asleep” until they come into contact with the ideal conditions to activate and replicate.

But … how could a virus survive in a comet or meteoroid until it crashed on the surface of a planet? The idea has been criticized by much of the scientific community, which claims that there is no strong evidence that such a thing has ever happened. However, they have never been able to refute that, in theory, it could happen.

Let’s start with the definition. A virus is a piece of genetic information (DNA or RNA) in a protective “suit”. They lack all the machinery a cell has to survive and only transform into living particles when they are inside a cell that houses them in order to metabolize and reproduce. But outside of these host cells, they are just complex molecular particles devoid of life and function. 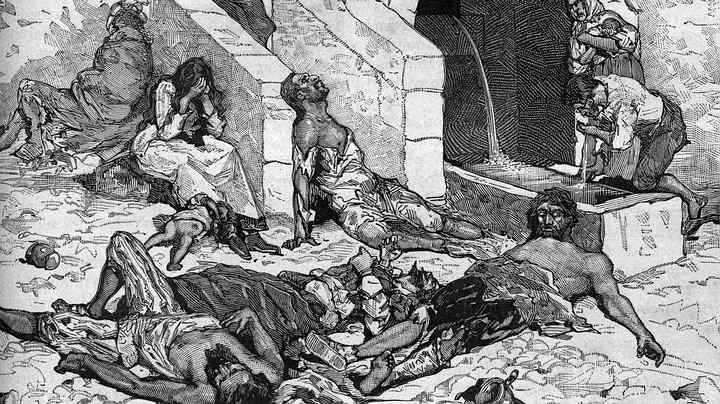 Two of the pandemics that have been blamed for an extraplanetary origin are the Black Death and the Spanish Flu.

Nearly 4,000 different types of viruses have been characterized, representing a small fraction of the total number present on Earth. And without having an independent metabolic and reproductive machinery, under the right conditions, they can lie dormant outside their host cells for indefinite periods of time.

Some viruses are even capable of crystallizing like minerals in their dormant state. In this state, viruses can survive for millions of unchanging years, until they come into contact with the humidity of their particular hosts. Once inside them, they activate and replicate.

These characteristics make them the perfect candidates for traveling through space within the protective shields of comets and meteoroids.

The origin of the recent covid-19 pandemic obviously could not escape speculation about its panspermic origin. As Professor Chandra Wickramasinghe of the Buckingham Center for Astrobiology put it:

“The sudden outbreak of the new coronavirus probably has a spatial connection, the location of the epicenter could be a sign of this. In October of last year, a comet fragment exploded in northeast China. I think that this could contain embedded within it an infectious monoculture of covid-19 virus particles, which survived inside the incandescent meteor. “ 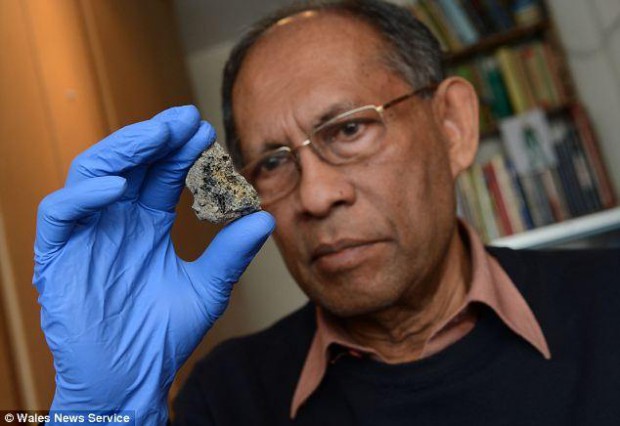 “I seriously consider the possibility that hundreds of billions of these particles were then released as very fine carbonaceous dust,” Wickramasinghe explains . “These infectious agents would be predominant in space and, brought by comets, can fall to Earth through the troposphere.”

Beyond the attack of his colleagues, who have labeled his arguments as pseudoscience, the professor has the strong conviction that panspermia is a common route for bacterial and viral emergence on our planet. And discoveries in recent years, like the DNA can survive in space or allegedly extraterrestrial organisms captured in stratospheric balloon experiments.They seem to support it.

While entire microorganisms can come here from space in search of hosts, it is also true that DNA chains can do so with the potential to modify microorganisms already on Earth. In this way, initially harmless germs can become killer machines.

“I think this could have happened with the covid-19. While it is likely that it has arrived as a new infectious agent, another alternative is that a DNA-triggered mutation element may have existed that similarly arrived. We have evidence that even in the human genome, 40 percent of our DNA is viral and has been incorporated during evolution (horizontal gene transfer) ”, Wickramasinghe says.

“There is increasing evidence that DNA came from space and that it is brought into our atmosphere in micrometeorites before dispersing, being assimilated by bacteria and viruses. The mutation that generated the new strain of covid-19 could be born in this way,” the expert concludes, who anticipated from the beginning that due to this, the coronavirus would generate a pandemic, as it finally happened.

In this article:alien viruses, interstellar panspermia