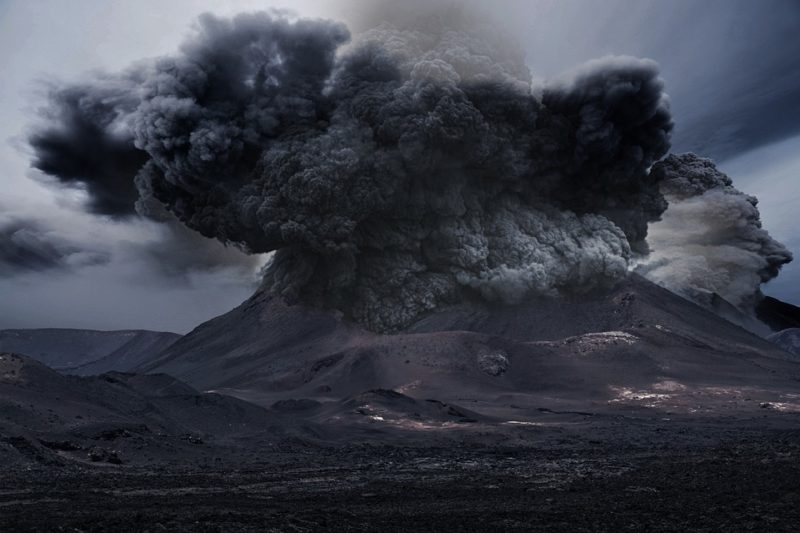 Life on Earth has faced several catastrophic mass extinction events in the past 500 million years that killed 75-90 percent of all species on Earth, and the events that triggered these cataclysms may possibly send a message to humanity today.

According to a new study, volcanic eruptions believed to have played a role in triggering a mass extinction event some 200 million years ago may contain a warning to humanity about global warming on Earth.

The authors of the article, titled “Deep CO2 in the Magmatic Province of the Final Triassic Central Atlantic,” published in Nature Communications on April 7, state that the amount of carbon emissions released in a single pulse from volcanic eruptions is similar to what it is anticipated to be generated by the activity of man during the 21st century. This forecast is based on a 2 degree Celsius rise in global temperatures above pre-industrial levels. The data related to the extinction event, they believe, offers a relevant warning for today.

While the team of scientists studied more than 200 rock samples around the world, they investigated the history of volatiles in magmas of the Central Atlantic Magmatic Province (CAMP).

The experts then examined the implications of these findings for the history of magma eruption and the impact on the global climate.

“Our estimates suggest that the amount of CO2 that each CAMP magmatic pulse injects into the final Triassic atmosphere is comparable to the amount of anthropogenic emissions projected for the 21st century. Those large volumes of volcanic CO2 probably contributed to final Triassic global warming and ocean acidification, “the researchers write.

Manfredo Capriolo, from the University of Padua in Italy and co-author of the study, was quoted by The Guardian saying:

“This biotic crisis wiped out almost half of the existing Late Triassic species in the marine and terrestrial kingdoms.”

Life on Earth has faced several catastrophic mass extinction events in the past 500 million years that killed 75 to 90 percent of all species on Earth.

The most studied mass extinction, famous for being caused mainly by a huge asteroid and marking the boundary between the Cretaceous and Paleogene periods about 66 million years ago, killed non-avian dinosaurs, opening the way for the evolution of mammals and birds.

However, that event was an exception, science claims, as the biggest trigger for mass extinctions appears to be major changes in Earth’s carbon cycle. This refers to large igneous eruptions in the province: huge eruptions of volcanoes that expelled massive amounts of heat-trapping gases like carbon dioxide into the atmosphere. These events generated catastrophic global warming and other related features, such as ocean acidification and the loss of dissolved oxygen in the water.

Consequently, about 252 million years ago, the Earth faced Permian-Triassic extinction, when over the course of approximately 60,000 years, 96 percent of all marine species and approximately three out of four species on land were annihilated .

This extinction was triggered by the Siberian Traps, a huge volcanic complex that erupted over 720,000 cubic miles of lava in present-day Siberia.

The eruption released at least 14.5 trillion tons of carbon, more than 2.5 times what it would generate if every ounce of fossil fuel on Earth were burned, according to National Geographic.

Climate models suggest that, at that time, warming and the loss of approximately 76 percent oxygen by the oceans explain most of the species losses from extinction.

The mass extinction event some 252 million years ago, dubbed the “Great Death,” known as the Permian-Triassic extinction, is believed to have killed approximately 76 percent of all terrestrial and marine species on Earth. . The catastrophic cataclysm, according to scientists, was the result of climatic changes caused by large amounts of carbon dioxide released by volcanic eruptions at the time.

“The onset of these eruptions created one of the warmest climates since the dawn of animal life on our planet, and coincided with the mass extinction on land and in the oceans,” Jessica Whiteside, associate professor of geochemistry at the University of Southampton, who was not involved in the study, was quoted by The Guardian as saying.

Commenting on the findings for Newsweek, David Bond of the University of Hull in the United Kingdom, whose research focuses on environmental changes during mass extinctions and who was not involved in the latest study, emphasized that the study had lasting implications:

“The study should send an important message to our policy makers: CO2 has caused some of the largest extinctions in Earth’s history.”

In this article:global warming, volcano eruptions