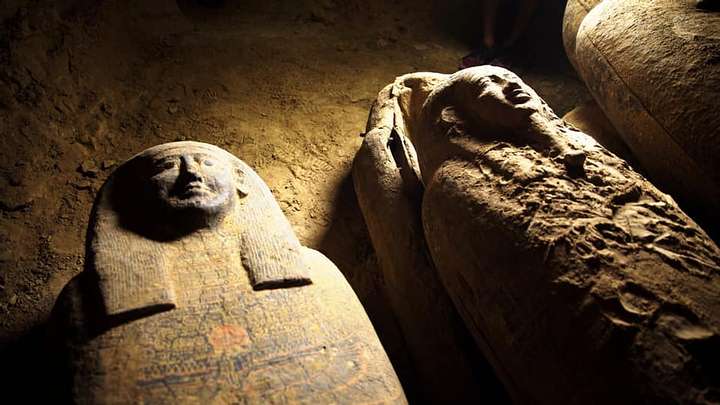 An unusual group of at least 13 wooden coffins dating back 2,500 years has been discovered in the Saqqara necropolis, near Egypt’s once capital Memphis.

What makes these coffins so special among the hundreds buried in the tomb complex is the fact that they have remained intact through the millennia, remaining completely sealed and just as they were deposited in their time.

As reported by the Egyptian Ministry of Tourism and Antiquities, the discovery took place in burial pit 11, about 11 meters under the desert sand. The coffins were stacked one on top of the other and all retain the original color in which they were painted in astonishing detail. 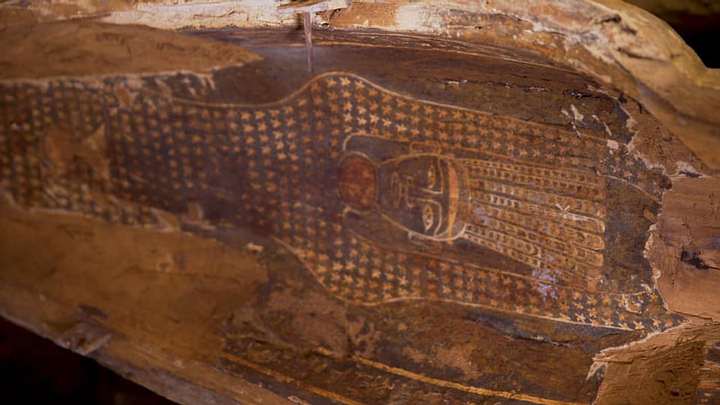 Inside the pit, three sealed niches were also found. Also, Minister Khaled Al-Anami said there are probably more coffins to be discovered there.

The importance of the Saqqara necropolis is due to the remains of funerary complexes, erected by the pharaohs of the Old Kingdom and the large number of tombs of nobles, since the place, consecrated to the god Sokar, was chosen by the pharaohs of the Old Kingdom to establish your necropolis. This was looted since ancient times, hence the uniqueness of the recent discovery of something completely sealed and intact. 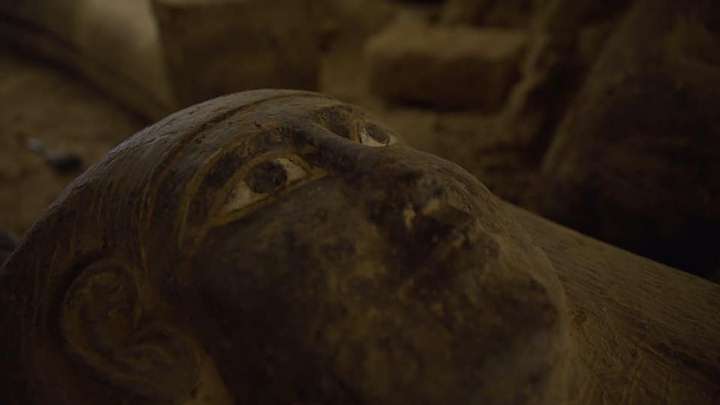 Still, not only the high rank and officials were buried there along with a luxurious trousseau. Although the latter are more likely to be found due to their elaborate tombs, recent excavations have shown that people from the middle and working classes also buried their dead in the necropolis.

The names and identities of the people buried in the coffins extracted in recent days are still unknown. But excavation work at the site continues and this information is expected to be released soon, as is the total number of coffins inside the pit. 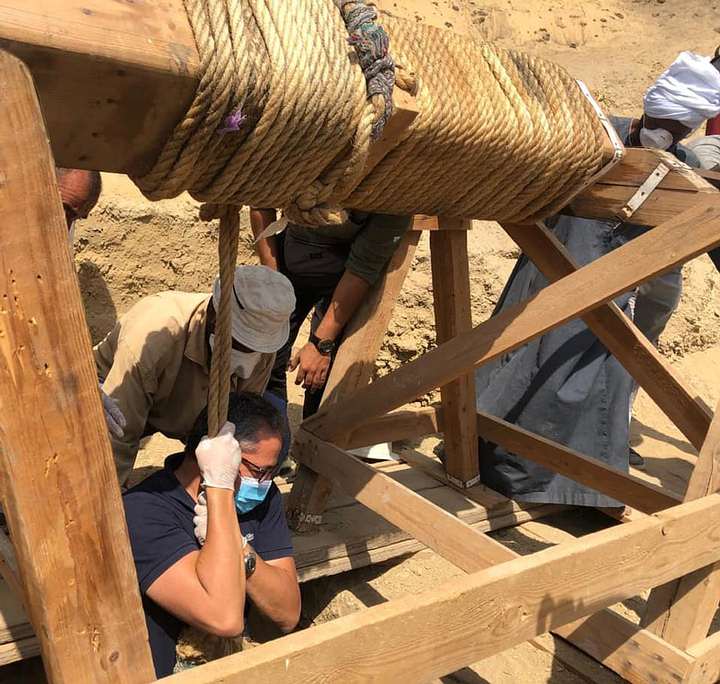 Meanwhile, the Ministry is preparing to release soon a series of promotional videos about the discovery:

Egypt reopened cultural tourism to museums and archaeological sites on September 1, so there will surely be more announcements of this style in the coming days and weeks, as the government works to renew tourist interest after the coup by the coronavirus pandemic.

In this article:Egypt, Saqqara necropolis