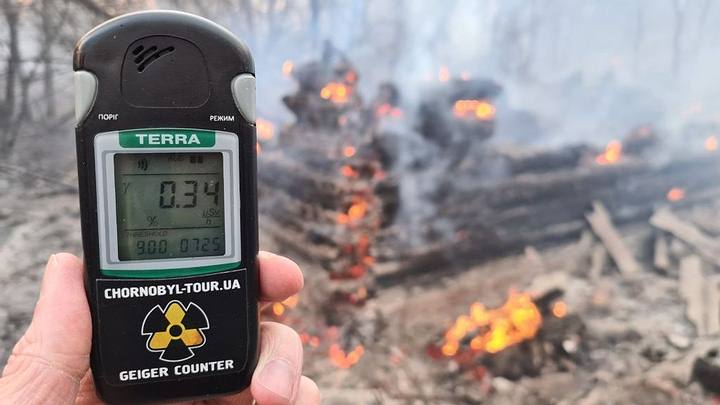 The flames are lifting polluting particles into the air that until now were on the ground.

Radiation levels near the Chernobyl nuclear reactor disaster site have soared as firefighters struggle to contain two wildfires in the area.

A fire broke out last Saturday afternoon that spread to about 20 hectares near the village of Vladimirovka, within the uninhabited exclusion zone of Chernobyl, and the emergency services were still fighting two fires on Monday morning. Ukrainian authorities said in a statement.

“There is bad news: radiation is above normal at the heart of the fire,” Egor Firsov, head of Ukraine’s ecological inspection service, wrote in a Facebook post alongside to a video from a Geiger counter. “As you can see in the video, the device readings are 2.3, when the norm is 0.14. But this is only within the area of ​​the fire. 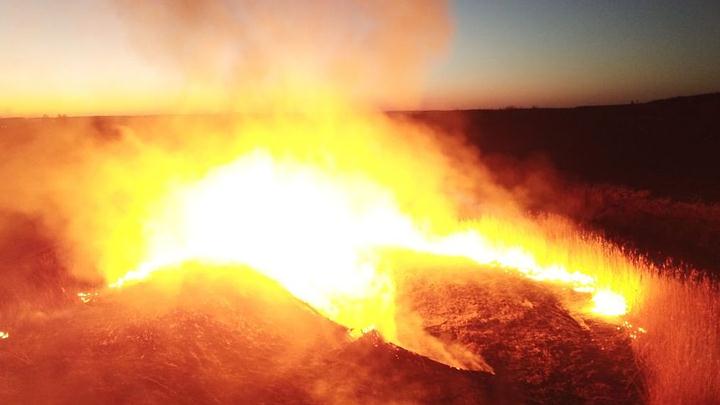 A total of 124 firefighters, two An-32P planes, and a Mi-8 helicopter are fighting the flames and have conducted 42 water launches in the area. Fourteen other firefighters were fighting a minor fire of about 4.9 hectares, emergency services said.

Another image of a Geiger counter near the fire, taken on Sunday, showed a reading just below the maximum allowable amount.

Vladimirovka lies within the 1,000-square-mile deserted exclusion zone, which was evacuated after the devastating 1986 explosion at the Chernobyl Nuclear Power Plant, which caused radioactive fallout across Europe and exposed millions of people to levels radiation hazards.

The region has been taken over by nature since then and forest fires are not uncommon.

?? In Ukraine, forest fires near the #Chernobyl nuclear power station have boosted radiation levels in the area pic.twitter.com/OoQ6vO4pLQ

“The problem of setting fire to grass by careless citizens in the spring and autumn has been a very acute problem for us,” wrote Firsov. “Every year we see the same image: fields, reeds, forests burn in all regions.”

He called for new legislation to be enacted to impose more severe penalties on anyone who catches fire in the area. “There are relevant bills. I hope they are voted. Otherwise, large-scale fires will continue to occur every fall and spring, “he wrote.