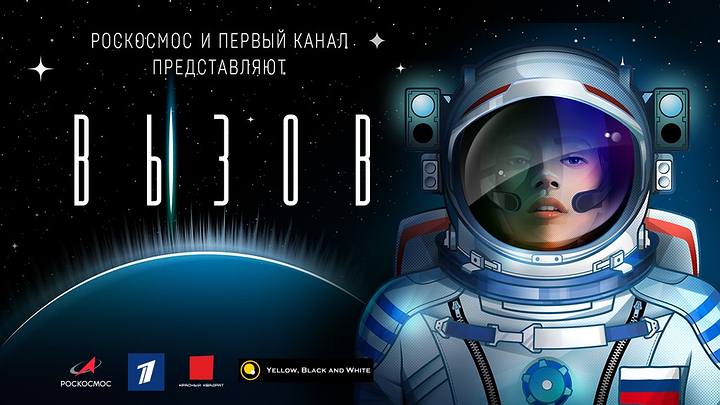 The Russian Federal Space Agency, Roscosmos, has launched a competition to select a Russian actress, professional or amateur, to travel to the International Space Station (ISS) and be the protagonist of the first feature film shot in space.

The film has the working title of Challenge and is a joint project of Roscosmos, Channel One and the Yellow, Black and White studio. Filming will take place at the orbital complex in the fall of 2021.

“In this project, it is important for us not only to demonstrate the heroism and high professionalism of the cosmonauts and industry specialists, who guarantee the safety of manned space flights, but also to develop an accelerated preparation program for said flight and the implementation of a mission to the ISS by a specialist (engineer, doctor, astrophysicist, etc.) that may be unexpectedly required on board the station, ”explained Dmitry Rogozin, general director of Roscosmos, in a statement posted on the website of the agency.

‘It’s a kind of space experiment. The actress selected through a competition and a medical commission will have to perform the functions of astronaut-researcher and become a full member of the crew,” he added.

On the other hand, Konstantin Ernst, CEO of Channel One, stated: «If you ask our compatriots under 30 years of age, then regardless of profession and gender, you will find that most of them have ever wanted and many still they want to go to orbit the Earth. I’ve always dreamed, if not of being in space myself, of helping someone else do it. And then one day, Dmitry Rogozin rang the bell and the key to this happy opportunity was in the starting position.

Participants must be of Russian origin and upload their video by applying to http://1tv.ru/kosmos, where a selection will be made and then castings in person.

If you feel strong and ready to take on a challenge, this is your chance to become the first ?‍?

? We jointly with Channel One and Yellow, Black and White studio announce a competition! The winner will star in the first feature film filmed on the ISS ➡️ https://t.co/9YOIMO4QIs pic.twitter.com/YsjMQEkgXd

Those involved in the project say that it is a highly complex task. The chosen woman will not only have to have great acting skills, but also be up to the task to endure the harsh preparation — physical and mental — that going into space requires.

“In the shortest time possible, we need to find something more than an actress, we need a real superhero,” Alexey Trotsyur said, producer of Yellow, Black and White.

This Russian movie seems to be a direct response to SpaceX and NASA, who announced a few months ago his intentions of filming a movie on the International Space Station, being the one chosen to go up there nothing more and nothing less than the actor Tom Cruise.

NASA is excited to work with @TomCruise on a film aboard the @Space_Station! We need popular media to inspire a new generation of engineers and scientists to make @NASA’s ambitious plans a reality. pic.twitter.com/CaPwfXtfUv

Taking into account that both shootings would begin in 2021, it could be considered that the space race between the US and Russia has also moved to the seventh art.

In this article:movie in space, Roscosmos