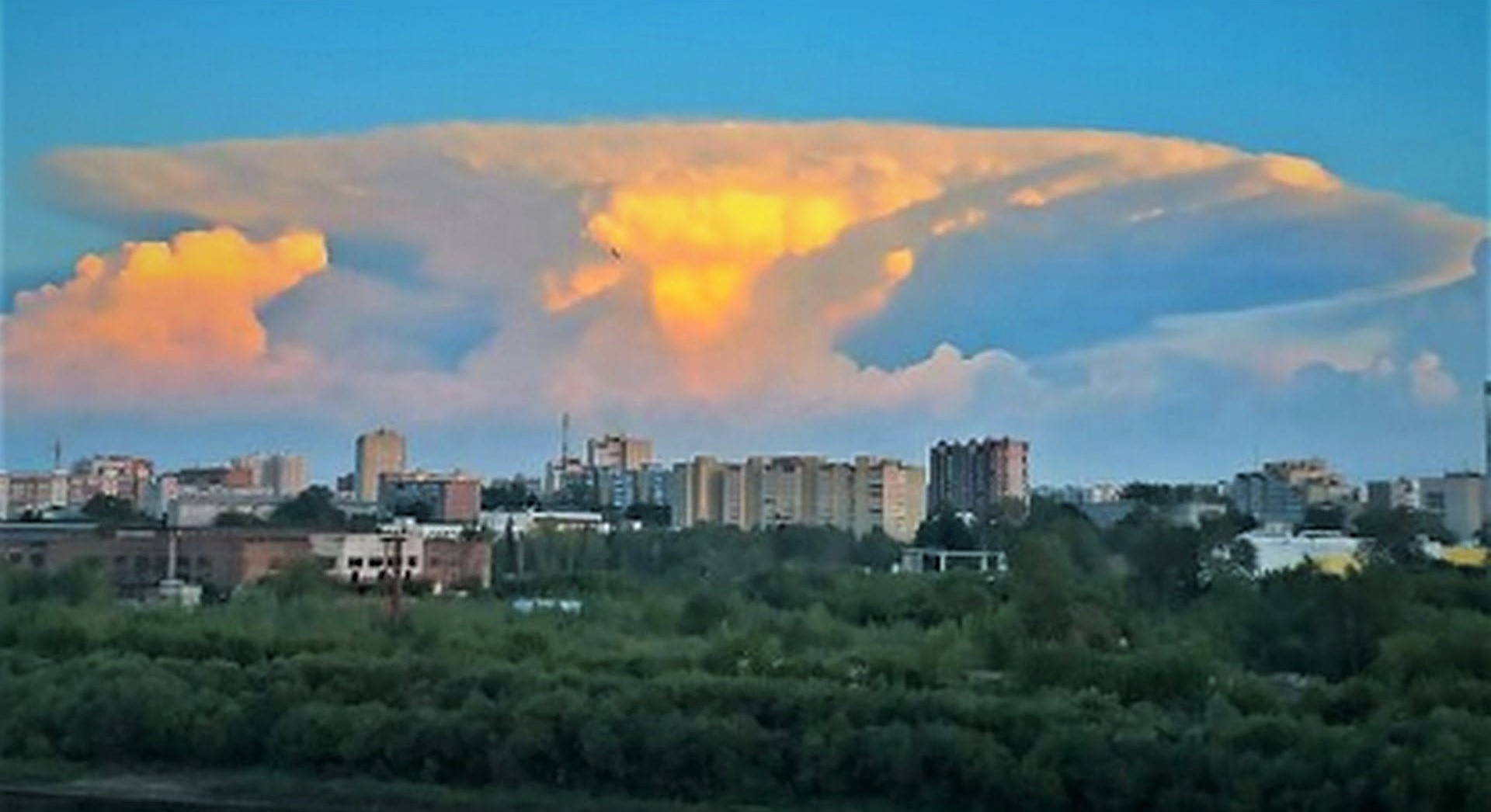 As reported by local media, the mysterious phenomenon was seen from the city of Kiev, less than 100 kilometers from Chernobyl, where the worst nuclear disaster in the world occurred in 1986, when the fusion of a reactor caused a radiation leak that covered all Europe.

In a video posted on social media, you can see how the apocalyptic cloud in a clear and bright sky stretches a great distance over a lake near the Kiltseva Road.

It is shaped like a funnel with a narrow bottom and a flat top. Other images taken by the passengers of a bus, you can see the impressive size of the cloud.

The video was posted on YouTube on Friday, June 19, and many netizens speculated that Vladimir Putin may have tested nuclear weapons, while others believed it might be a UFO.

The Ukrainian authorities were alerted by the presence of the strange fungus in the sky, so they were forced to give an explanation to prevent panic from taking over the population.

The State Emergency Service of Ukraine shared photos with the following description: “Admit it, who got scared?”

The official version is that it was a natural climatic phenomenon and that there was no reason to be afraid. Experts added that the unusual cloud is known as an anvil.

“We have had this type of cloud before over Kiev Oblast, Ternopol and Vinnytsia,” said a spokesman for the Ukrainian State Emergency Service.

An anvil cloud, also called cumulonimbus incus, is a cumulonimbus cloud that has reached stratospheric stability and has formed the characteristic flat and superior shape of the anvil.

Clouds generally don’t move, no matter how strong the wind is, and then slowly disappear.

But even so, many people consider that it is no coincidence that this strange cloud appeared near Chernobyl and believe that it is a new apocalyptic sign, but it would not be the end of time.

Some experts say in the biblical sense, Revelation does not refer to the annihilation of all humanity in a nuclear holocaust or the like. Rather, this Greek word means “revelation.”

Through prophetic images, the book of Revelation reveals developments that culminate in the dawn of an era of eternal happiness for humanity.

They also point out that, regarding the apocalypse, the Bible speaks of “tribulation”, “revenge” and “punishment”. However, it also mentions “relief” for those innocents who have suffered tribulation.

Then the apocalypse will relieve humanity of all negative influences. It will be a turning point to improve conditions for the honest, not a catastrophic event.

Therefore, instead of the complete annihilation of all, or extinction, the apocalypse will be the just solution to the problems of humanity.

Controversy aside, the truth is that it could perfectly be a natural phenomenon, but the fact that it happens in moments when everything strange seems to be materializing and that the “cloud” has appeared very close to Chernobyl, makes it perhaps more than a simple coincidence.

What do you think about the strange ‘nuclear mushroom’ cloud near Chernobyl? Natural phenomenon? Apocalyptic sign? Leave your comment below.

In this article:apocalyptic signs, Chernobyl