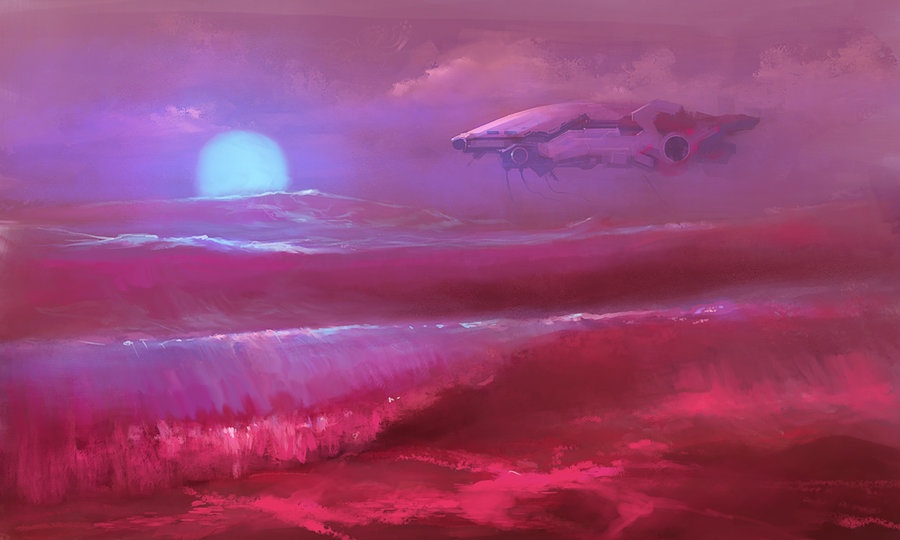 TOI-1452b – this designation was given to the planet, the existence of which was confirmed by astronomers of a large international team, having rechecked the data collected by the TESS (NASA Transiting Exoplanet Survey Satellite) space telescope.

TESS searches for planets far beyond the solar system, capturing the change in the light of stars that decrease in intensity as planets pass across their disks. Scientists carefully analyze the parameters, already working in their observatories, and if they confirm the “discovery”, then they try to understand what the discovered planet looks like. The current confirmation comes from the instrumentation at the Mont Mégantic Observatory in Canada. It was created at the University of Montreal.

From the old and new data it follows: that the planet TOI-1452b is one hundred light years from Earth. Orbits one of the stars in the binary system TOI-1452. Both stars are red dwarfs.

The diameter of the planet is 1.672 times larger than the Earth, the mass is almost five times greater. It is the so-called super-Earth, in astronomical terminology.

The fact that super-Earths must be found in the Universe in considerable numbers, scientists suspected, but they could not convincingly demonstrate that such planets really exist. In fact, that super-Earth, which was told now, is the first whose existence is scientifically confirmed.

A year on TOI-1452b lasts only 11 of our days. This is because the planet is located very close to its rather dim and not very hot dwarf star. She is in the so-called habitat zone. That is, the heat and light received from the dwarf is not much, but not enough, but enough to maintain comfortable conditions. Water on the planet is in a liquid state.

The density of TOI-1452b is 5.6 grams per cubic centimeter – slightly more than Earth’s 5.5 grams per cubic centimeter. That is, the interior of the planet is clearly rocky. But it is larger and heavier than Earth. So there is a lot of water – about a third of the mass of the planet. This can happen only in one case: if TOI-1452b is completely covered with water, like Solaris. According to calculations, it turns out that the depth of the local ocean is more than a hundred kilometers.

Canadian astronomers can’t wait until NASA’s James Webb Space Telescope takes a look at the ocean planet. He will let you know if Solaris has an atmosphere. And what is she. Recently, through Webb, scientists “saw” the atmosphere around the planet WASP-39 b, located 700 light years from Earth, and found carbon dioxide in it.

And the fact that life is possible in the ocean of the planet TOI-1452b, scientists have no doubt. By the way, they hope to find it even in the solar system – in those oceans that are under a layer of ice on the satellites of Jupiter and Saturn.

The universe is full of both water and oceans

Approximately 35 percent of super-Earths are covered with a thick layer of water. This was once claimed by astronomers from Harvard University, a team led by Dr. Li Zeng.

Li Zeng and his colleagues divided the several thousand super-Earths already discovered outside the solar system into two large groups. One included planets whose radius does not exceed the earth’s 1.5 times, and the mass is five times. In the other – those that are larger and whose mass is ten times greater than the earth.

Next, the scientists compiled a mathematical model, with the help of which they determined how the planet should look so that its mass is related to the radius.

Modeling has shown: “one and a half” as a rule, rocky and the planets, which are much larger than the Earth, are watery. Li Zeng assures that the amount of water on such a super-Earth can reach half of its entire mass. To do this, the ocean must cover the planet with a continuous thick layer, like Stanislav Lem’s Solaris.

Researchers rightly believe that the abundance of watery planets increases the chances of discovering life outside the solar system. But they warn: not every Solaris is comfortable. Not all super-Earths are suitable for life: the atmosphere of some may consist of water vapor, the water on the surface can be boiling water, at the bottom – ice compressed by monstrous pressure. The inhabitants we are accustomed to are unlikely to start up in such extreme conditions. but some exotic creatures might.

In this article:habitat zone, super-Earth