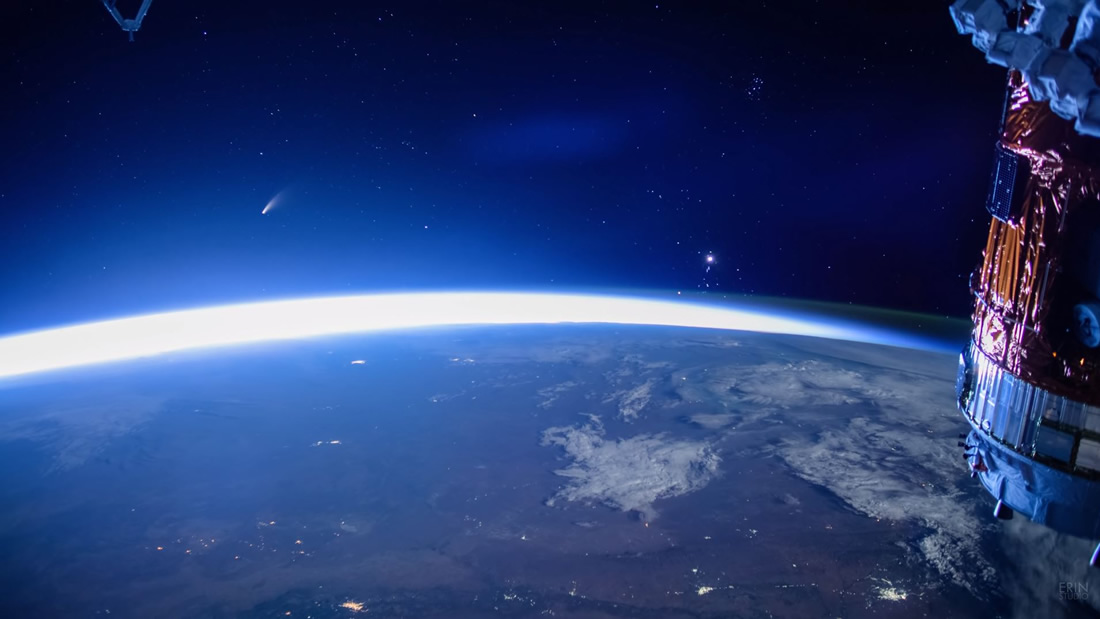 Comet NEOWISE, has once in a lifetime been captured by astrophotographers around the world. But Earth is not the only place where the comet is visible: Astronauts aboard the International Space Station are having the good fortune to witness the comet as it crosses the sky throughout July.

Since NEOWISE survived its journey around the Sun on July 3, it has made its way to Earth, visible to the naked eye during clear skies for people around the world. Last week, ISS astronauts captured time-lapse photos of the comet, called one of the brightest in decades, that have been compiled into a spectacular video in real time.

The artist Seán Doran, created the video by obtaining hundreds of images from the NASA database. Doran stated that he has spent years creating such videos because time-lapses are too fast to appreciate “how beautiful the Earth is when viewed from space.”

Doran obtained 550 images from the ISS file to create the video, process and interpolate the sequence to its seven-minute real-time equivalent. He tweeted a time-lapse of the moment, highlighting the impressive event in just 15 seconds.

This video of Comet NEOWISE is made from a time-lapse image sequence captured from ISS, turning 18 seconds into 7 minutes to re-create the real time experience of the astronauts who witnessed this phenomenon… now you can…https://t.co/0BY3K54SqR pic.twitter.com/xxb5Ykn7Mc

The video shows the icy object NEOWISE, named for the NASA mission that recently discovered it, dragged by its massive tail of dust as it rises beyond our planet. The comet almost seems to be heading towards Earth, but don’t worry, it’s not a threat. 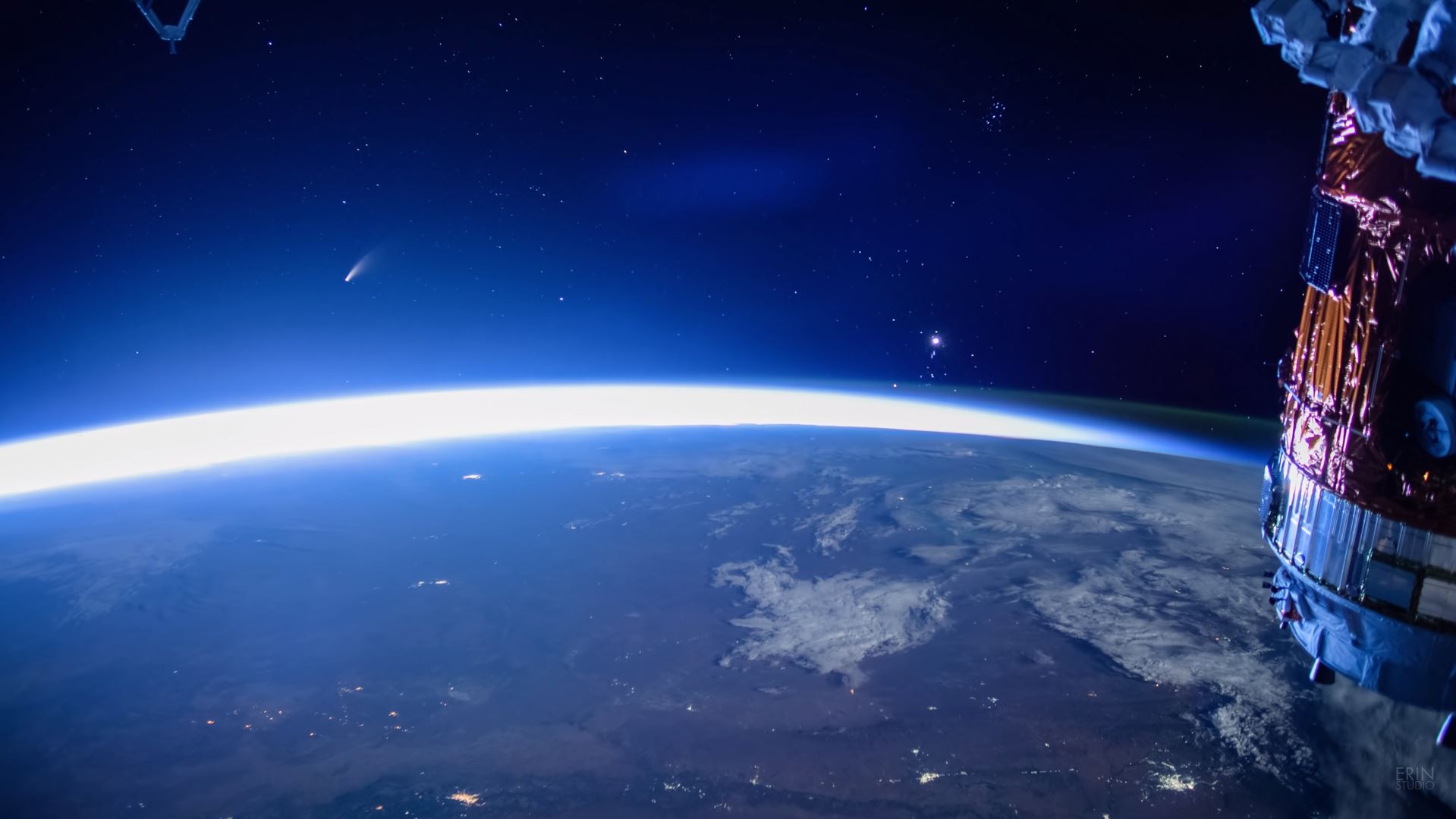 A preview of what you will see in the video: the NEOWISE comet on the left in the image along with the beauty of the planet that we have and many times we do not appreciate. Credit: Seán Doran / NASA / Youtube

The astronaut Bob Behnken, who recently launched into the ISS on the spacecraft Crew Dragon of SpaceX, said he hopes his images of the comet will serve as a reminder for people on Earth to care for the planet.

“If we came to a dispute at dawn, just before the sun came up, that comet became visible during that short period of time when it was still close to the sun, but the sun was still hidden by Earth. It was an incredible sight to be able to see and something that we try to capture in the few moments that we have to look out the window. ”

Astronomers discovered NEOWISE in March, and it nearly disintegrated when it approached the Sun earlier this month. The comet has been putting on an impressive show in the first hours before sunrise in the northern hemisphere.

But late sleepers need not worry: the comet began to appear on the night of this week. To see it, people in the northern hemisphere can look up into the northwest sky just below the Big Dipper, commonly known as the Big Dipper constellation.

Scientists say the comet will be visible for about another month. In conditions with little light pollution, it may be visible to the naked eye, but NASA recommends using binoculars or a telescope to detect its long tail.

NEOWISE’s closest approach to Earth will arrive on July 22, at a distance of approximately 102 million kilometers. The event is truly a once-in-a-lifetime experience: it takes about 6,800 years for the comet to complete its path around the Sun.

You can watch the video below; But first, sit back, make yourself comfortable, have a nice cup of your favorite drink and enjoy the beautiful planet we are on. If any tear of emotion comes out of your eyes, don’t worry, it happened to us too!

Advertisement. Scroll to continue reading.
In this article:ISS, NEOWISE