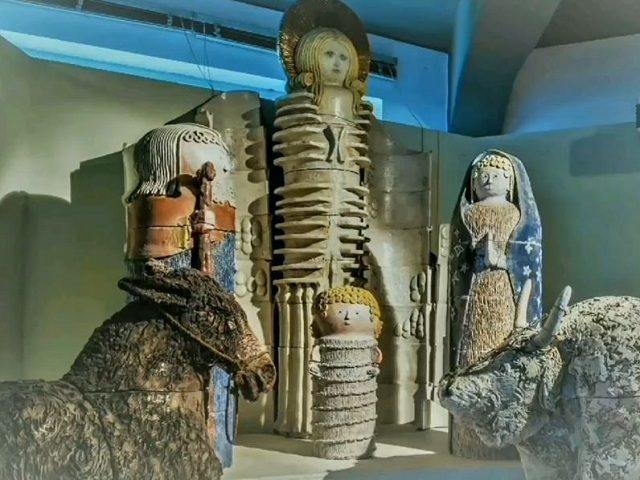 December 21 is a date that you should mark in red on your calendar. For the first time in nearly 800 years, a rare Christmas star will light up the sky at the beginning of the winter solstice this month. It’s an unusual planetary alignment that last occurred in the year 1226.

As they orbit the sun, Jupiter and Saturn will slowly move closer together over the next two weeks until they are almost completely aligned. When aligned so closely, the two planets will appear to form a single bright star, also known as the “Christmas Star.” 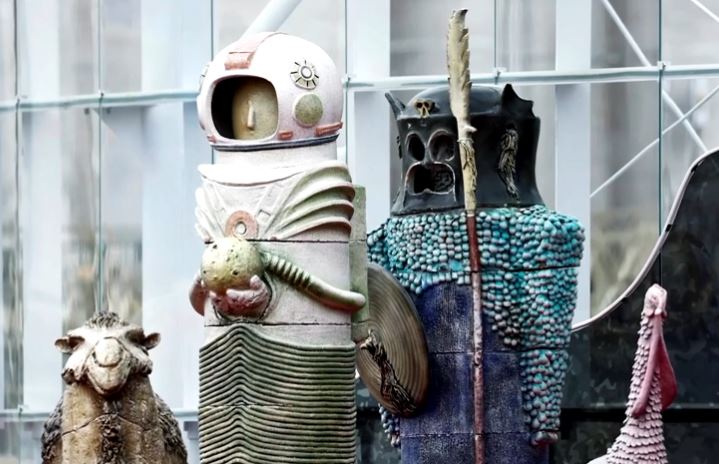 Something like Darth Vader is exposed behind an astronaut in the Vatican’s nativity scene. Image credit: Reuters

In short, by December 21, the orbits of Jupiter and Saturn will be so closely aligned (less than a tenth of a degree as seen from Earth) that they will appear as one. This phenomenon has been dubbed the “Great Conjunction” and in recent weeks all kinds of interpretations have emerged. For some it is simply a spatial phenomenon, but for others it is the true date of the Mayan apocalypse. However, perhaps the Vatican itself has revealed the true meaning of this planetary conjunction.

The Vatican unveiled the 2020 Nativity Scene scene in St. Peter’s Square on Friday, leaving viewers stumped. The truth is that it is quite difficult to express in words, but some described the Vatican crib as having a lack of family warmth and the distance guaranteed by the cylindrical figures.

But there is more, the cylinders recall the sacred poles of the satanic cults condemned in the Bible. Traditionally, a Nativity Scene scene is meant to evoke feelings of pity and devotion, not pity and revulsion, for the birth of Jesus in Bethlehem, which is why this particularly pitiful work offends not only aesthetic sensibilities, but also religious reverence of the faithful.


The Vatican said the Nativity scene displayed in St. Peter’s Square was created by students and teachers at the Art School FA Grue, a high school where design classes are taught, which in the 1965-1975 decade dedicated its activity school to Christmas theme.

“We believe that this year’s experience of a nativity scene donated by an artistic high school is truly a powerful call for everyone to invest more in the formation of the new generations both at the secondary and high school level and for the university world”, the Bishop Lorenzo Leuzzi said in a statement.

But many art experts were very critical of the choice, since according to them Christmas celebrates the Incarnation , God who comes into the world as flesh, not totemically. They also added that at the end of this extremely difficult year people are looking for beauty, something that elevates them, inspires them and unites them, and the scene offered in St. Peter’s Square gives them something completely different.

Apparently, the deformed figures in the Nativity Scene lack all the grace, proportion, vulnerability and luminosity that one seeks in the manger. The objective of this holiday is the second person of the Holy Trinity who takes human form, is born as a baby of flesh and blood, and there is nothing particularly human in the geometric forms.

The true meaning of the Nativity Scene

Needless to say, the Vatican has not made a mistake in its choice, it has wanted to send a loud and clear message to the world. And how can it be otherwise, the conspiratorial community has revealed the true meaning of this strange Nativity Scene. The representation would be aliens paying homage , human adoptive parents Mary and Joseph and an alien with the baby Jesus sharing Anunnaki DNA. Let us remember that the Anunnaki are the creator extraterrestrial civilization of humanity.

But there are those who have gone further by ensuring that the Nativity Scene is simply a representation of what will take place on December 21: this year the Christmas Star marks the birth of the Annunaki Antichrist.

Conspiracy theorists say we had a year full of “Plague” (COVID-19), civil unrest, New World Order plans to impose the mark of the beast (chip). We also have the Christmas star again after 800 years and it is marking the birth of the Antichrist. This “Antichrist” would really be an extraterrestrial civilization that would come to our planet as the saviors of humanity. The connection between the Vatican and aliens

Aside from the connection to the symbolism of the Nativity Scene, this is not the first time the Vatican has spoken openly about aliens. In 2015, Pope Francis commented on what he thought about the possibility of life on other planets.

“Honestly, I would not know how to answer,” said the Pope, explaining that while scientific knowledge so far has excluded the possibility of other thinking beings in the universe, “until America was discovered we thought it did not exist, and instead did exist”.

He even went further by stating that if necessary, he would baptize aliens.

But if we pull the newspaper library we find that Jesuit Father José Funes, director of the Vatican Observatory, said in 2008 that Christians should consider extraterrestrial life as a “brother” and part of God’s creation. Father Funes added that it was difficult to exclude the possibility of other intelligent life in the universe. These possible life forms could include those that do not need oxygen or hydrogen.

When asked about the implications that the discovery of extraterrestrial life could have for Christian redemption, Father Funes cited the evangelical parable of the shepherd who left his flock of 99 sheep to search for the lost one.

“Those of us who belong to the human race could really be that lost sheep, the sinners who need a shepherd ,” Father Funes said. “God became man in Jesus to save us. So if there are also other intelligent beings, it is not a fact that they need redemption. They may have remained in full friendship with their creator. “

Father Funes went on to say that the incarnation and sacrifice of Christ was a unique and unrepeatable event, but he was sure that, if necessary, God’s mercy would be offered to aliens , like humans. The truth is that here we have an “explosive cocktail. ” On the one hand we have a rare Christmas star and a controversial Nativity Scene that seems to represent the arrival of extraterrestrial beings. On the other hand, the statements by Pope Francis and the director of the Vatican Observatory talking about intelligent life on other planets.

We are living in strange days and perhaps after years of speculation, the Vatican will be the one to announce that there are contacts with other intelligent life forms . And think about it coldly, it would be “good business” for the Vatican to announce an event like this, since it would gain more political, religious and economic power as well as more trust among its faithful and not so faithful. Not to say that it would gain absolute power over all other religions.

So who better to announce to the world that there really are aliens or that there are contacts than the Vatican? And especially in an “annus horribilis” where people are waiting for a “savior” . Well, it may be that the “savior” will arrive between December 21 and 25.