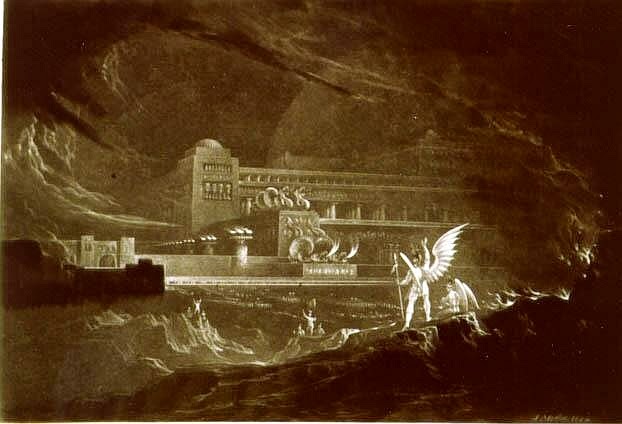 Mythical civilizations are a potential source of esoteric knowledge in the service of man’s designs. They float as if suspended in a space of the mind accessible to those who dare to believe it, to those who ignore appearances which have crossed the interior door beyond the abyss. Has not surpassing the limits of materiality always been the secret wish of man? This is not about exploring historical civilizations, although terrible secrets are certainly buried in the necropolises and underground mazes of large cities such as Babylon, Damascus, Alexandria or Jerusalem.

Legends, ancient texts and occult teachings abound in descriptions of supernormal powers emanating from mysterious lands. These fantastic worlds seem perceptible due to their energetic radiance in the space that some call them Akashic records or astral light. A concept mentioned in Theosophical works of Helena Blavatsky, and later in the extravagant adventures of Lobsang Rampa, before appearing in many fiction works. Astral projection and the lucid dream are two essential elements of all occult work, instruments of a perception of a multidimensional reality. The adept, in search of hidden knowledge, prohibited or of non-human origin, must extract himself from the tangible and project consciousness into other dimensions to lead his quest. Psychic maps or systems exist in most occult orders to guide psychonauts on their journeys. Rituals and methods of projection are determined in order to get in touch with the higher beings likely to light our lanterns, whether it is the guardian angel, the Great Elders, voodoo spirits or extraterrestrial entities. The accounts of those who brought back substantial information very often constitute a basis for the lessons given, a reference and an inspiration for the novices.

The perspective of the Nietzschean superman

The occult research of the origin of man or of alternative archeology is only of interest to the extent that it reveals a more advanced civilization than ours, and not just because they lived thousands or millions of years in the past. Having the key to the origin of man with certainty (subject of the film Prometheus) would make it possible to decide and apprehend the religions of the world from a new angle. It is for this reason that the stories of Atlantis, the Nephilims or Vril holders are much more interesting from an esoteric point of view than the discovery of primitive burials of Homo Sapiens or Neanderthal man.

Man does not only wonder if he is the only one in the universe but especially if there are other intelligences superior to his, embodied or not. This is the principle of all spirituality, the search for a state with superhuman possibilities and fantastic perspectives. Transcending time and space, communicating at a distance beyond the limitations of matter, going beyond death and old age, manifesting and creating reality like a god, these are all legitimate motivations to launch into the exploration of the inner worlds . The wisdom or the liberation of ignorance, very often at the origin of an interior quest are only the natural consequences of access to a state of being inconceivable.

Hyperborea, land of a paradise lost under the sign of Apollo, magnetizes the attention nourishing the most diverse theories on the origin of European people. A golden age would have reigned there, an Edenic state before the fall where death, old age and illness are unknown. No proof of this mythical civilization exists formally even if many signs seem to point to the Arctic Pole as a source of lost knowledge. Hyperborea, is it a tangible place abandoned by its people due to a cataclysm or is it a spiritual land whose treasures are still to be discovered by the inner journey? Global warming may allow us to answer this question when the melting of the ice reveals, or not, the ruins of a forgotten world …

Atlantis, another legendary land claimed by the new age as a high place of higher knowledge, whose civilization disappeared on this plane of existence would continue to infuse their wisdom into certain elected officials through intuition, inspiration and astral journeys.

Mu a land of the Pacific submerged just like Atlantis, whose population with the developed technology would have built the pyramids and would be responsible for the colossi of Easter Island and many Cyclopean constructions. The book “Mu, the Lost Continent” by James Churchward is a rich source of information and speculation which, if not irrefutable, makes it possible to dream and imagine another reality.

Shambhala, spiritual city mentioned in Buddhism and the writings of Helena Blavatsky, would be located in the Himalayas without appearing on a map. A refuge for pure spirits freed from ignorance, it would be accessible to them through various crossing points, as in the Gobi desert and more recently in Romania. A place of knowledge and spiritual realization, it would only open its secrets to those who deserve it after a long work of improvement.

Argatha, or the hollow earth which inspired the novel of the Rosicrucian Edward Bulwer Lytton ” Vril, the power of the coming race, describes the existence of people with higher powers living inside the ground, owners of Vril, an inexhaustible and fabulous energy as well on the psychic level as physical. This book was accepted as a thesis based on an occult truth by Helena Blavatsky and Rudolf Steiner to name a few. In “The King of the World”, René Guénon examines the notion of Argatha through the ages, and its spiritual significance. The occultist Joseph Saint-Yves d´Alveydre (1842 – 1909) precursor to the principle of the Argatha Synarchy (meaning inaccessible or inviolable) refers to an underground universal kingdom created by an eastern elite during the advent of Kali Yuga in 3200 BC. This place where the king of the world reigns would preserve ancestral wisdom and watch over humanity in this destructive era. In this article:Hyperborea, Vril Society