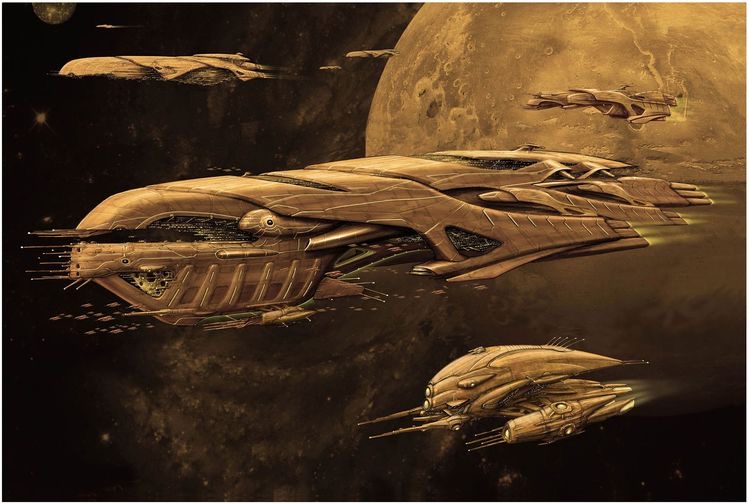 Two Harvard astrophysicists have proposed a mind blowing theory about how life might have spread throughout the universe.

Centuries ago, back when the solar system was more crowded, a huge comet damaged the outer layers of our atmosphere. It was moving quick, several of miles above the Earth’s surface — too high to burn up as a fireball, but low enough that the atmosphere slowed it down a little bit.

Extremely small microbes were floating up there in its way, and some of those organisms survived the confrontation with the giant ball of ice. These microbes ended up deep within the comet’s porous surface, protected from the radiation of deep space as the comet moved away from Earth and eventually way out of the solar system entirely.

Thousands or maybe millions, of years passed before the comet reached up in another solar system with life supporting planets. Eventually, the comet crashed into one of those planets, deposited the microbes — a few of them still living — and set up a new outpost for earthly life in the universe.

You could call it “interstellar panspermia,” the seeding of distant star systems with exported life.

We have no idea whether this ever actually happened –.and there’s a mountain of reasons to be skeptical. But in a new paper,  Amir Siraj and Avi Loeb, both astrophysicists at Harvard University, argue that at least the first part of this story — the depositing of the microbes into a comet that gets ejected from the solar system — should have happened between one and a few dozen times in Earth’s history.

Siraj told Live Science that although a lot more work needs to be done to back up the finding, it should be taken seriously — and that the paper may have been, if anything, too conservative in its estimate of the number of life-exporting events.

While the study’s concept may seem far-fetched, humanity is constantly confronted with seeming impossibilities, like Earth going around the sun, or quantum physics, or bacteria hitching a ride into the galaxy aboard a comet — that turn out to be true, Siraj said

And there’s been reason to suspect that it might be possible. A series of experiments using small rockets in the 1970s found colonies of bacteria in the upper atmosphere.

Comets really do enter and leave our solar system from time to time, and Siraj and Loeb’s calculations show that it’s plausible, maybe even likely, this has happened to large comets that graze Earth. Comets are porous, and might actually shield microbes from deadly radiation some microbes can survive a remarkably long time in space.

That alone is reason for scientists to take the idea seriously, Siraj said, and for researchers from fields like biology to jump in and figure out some of the details.

However, Stephen Kane, an astrophysicist at the University of California, Riverside, told Live Science that he was deeply skeptical of the suggestion that microbes from Earth might have actually turned up alive on alien planets through some version of this process.

The first problem would occur when the comet slammed into the atmosphere, he said. Siraj and Loeb point out that some bacteria can survive extraordinary accelerations.

But the precise mechanism by which the microbes would adhere to the comet is unclear, Kane said, since the aerodynamic forces around the comet might make it impossible for any microbes to reach the surface and work their way deep enough below the surface to be protected from radiation.

It’s also not clear, he said, whether any microbes would really have been up high in our atmosphere in the first place Those rocket experiments from the 1970s are old and questionable, he said, and we still don’t have a good picture of what the biology of the upper atmosphere really looks like today — let alone hundreds of millions of years ago, when comet encounters were much more common.

The biggest question, though, Kane said, is what would happen to the microbes after they landed aboard the comet. It’s plausible, he said, that some bacteria might survive decades in space — long enough to reach, say, Mars.

But there’s little direct evidence that any bacteria might survive the thousands or millions of years necessary to travel to another habitable star system.

And that’s really the key idea of this paper: Researchers have long suggested that debris from major collisions might blast life around between our solar system’s planets and moons. But exporting life to an alien star system likely requires a more specialized scenario.

Still, Kane said, the calculations in this study of how precisely a comet might skim through the atmosphere were new to him, and “very interesting.”

Siraj didn’t strongly challenge any of Kane’s concerns, but reframed them one by one as opportunities for further study. He wants to know, he said, precisely what the biology of the upper atmosphere looks like, and how comets might react to it.

There’s reason to think that at least some bacteria might survive super-long trips through deep space, he said, based on how robust they are under extreme conditions on Earth and in orbit. But for now, it’s time for scientists across fields to jump in and start filling in the gaps, Saraj said.

In this article:Harvard University, interstellar panspermia