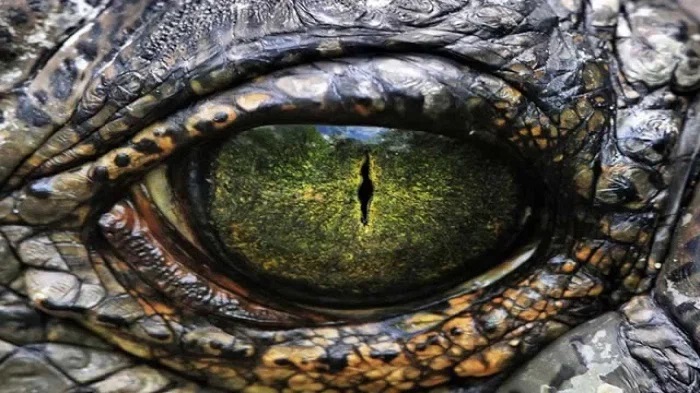 It is believed that David Icke made the main contribution to the theory of reptilians, an alien race of lizard-like creatures. He published a whole series of books in which he announced a secret government of alien origin, which still rules on Earth. He presented it as a conspiracy between the reptilians and terrestrial representatives of humanity.

This era of the secret discovery arrived on the 1980s and in 1999, Icke’s book “The Biggest Secret” was published, in which he told the details of his story about reptilians on Earth from planet Dragon. Where did he get this knowledge from? It is worth noting that David was never part of the circle of government workers familiar with insider information.

Before his revelations, David Icke was an ordinary professional football player. Like many other athletes, due to illness, he was forced to leave his career and work as a sports commentator on the BBC. Experiencing constant psychological problems, he soon heard an inner voice that revealed many secrets to him.

He learned that he had to save the Earth from the aliens who had captured it. All the powers that be are either reptilians who pose as humans, or are hybrids between reptiles and humans. Reptilians possess technologies that can influence and zombify humans with the help of the media and, in particular, television.

David Icke even introduced to the public the alien slave Jennifer Ann Green, who from childhood was controlled by aliens and carried out all their instructions. When the creator who subjugated Jennifer died, she was able to free herself from his influence and managed to tell about the invaders of the planet, how the rulers of the Earth actually look.

In the US, there are many followers of the theory of reptilians who believe that Icke’s words are true. They often hold meetings, conventions and discuss many topics on social media. The theory is very warmed up by a really changing world for the worse as well as inadequate and anti-human actions of rulers in many countries.

Attempts to digitalize the population, the emergence of various gender stratifications, secret laboratories around the world, wars and diseases that reduce the population can be also classed as the theory’s contributors.

Politicians have ceased to be smart and rational masters of their countries confusing many as they try to understand the bloodthirsty plans of people of their kind who want their destruction.

David Icke’s theory was not new, he just promoted and developed it. The appearance of strange creatures from the sky has been talked about throughout history. Even Alexander the Great, during one of his military campaigns, witnessed strange objects in the sky, which, according to descriptions, very much resembled flying saucers.

Let us also recall the battle of UFOs in the sky described in the sources by the French city of Marseille on August 25, 1608, and then over the city of Genoa. People became witnesses of strange incidents, which, according to descriptions, can be linked to alien participation. Technologies at that time were only developing, so it is difficult to attribute something to man-made manifestations.

Many people in all ages have references to entities who descended from heaven. Somewhere they were called gods, somewhere demons. It is impossible not to take these facts into account, since many of us are trying to understand the intricacies of politics and history or economics and sometimes have questions, such as who leads and influences our civilization?

With time, we will be able to get answers to all questions. Moreover, the world is now passing a red line, when all these questions are beginning to clear up a little. Not a single creature from the animal world of the Earth destroys its species, desiring its reduction, like humanity. Perhaps something is wrong here?

In this article:David Icke, reptilians