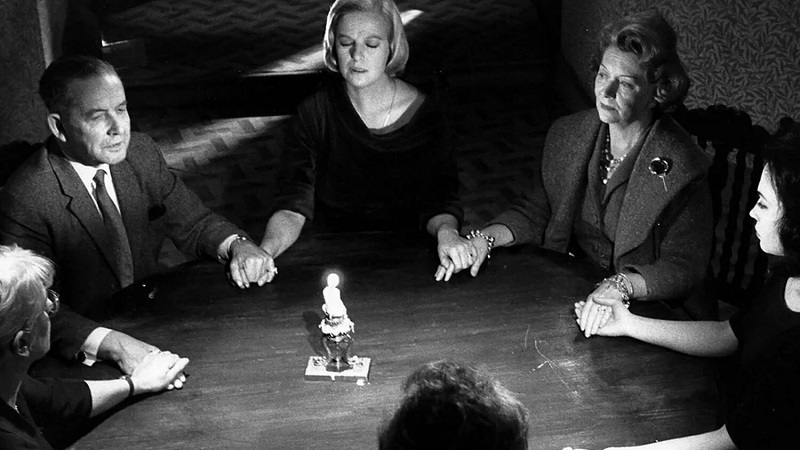 Another amazing proof of the existence of the other world in which our relatives and loved ones live is the ‘direct-voice’ mediumship. This is a very rare, but still really existing psychic ability, with the help of which its owner can establish a connection with the Other Light and demonstrate it to others.

A medium who has the ability to mediumship a direct voice, wanting to contact the otherworldly area, enters a state of trance (or does without it), and in the room in which he is, the voices of the dead begin to sound, completely unlike the voice of the medium – male, female, children’s, senile, baritones, basses and so on. They answer questions, speak in different languages ​​unknown to the medium, communicate information, including personal information, addressed to one of his living relatives present, which the medium could not recognize in any way.

The physical mechanism of this phenomenon is unknown. Some spirits who communicated in this way claim that in order to realize the described possibility, they use the voice apparatus of those living with the help of special devices, energies and chemical elements on the Other Side, or do this through other devices of the afterlife and earthly worlds.

Skeptics traditionally dismiss this phenomenon, arguing that all this is a hoax to cash in on gullible believers in the Afterlife, as usual, not wanting to get acquainted with the huge amount of evidence collected by researchers, confirmations, testimonies, recorded tapes and others. If you wish, you can find all this, study it, identify coincidences and patterns, and see for yourself. If there is no desire to gain new knowledge, then no evidence will help. Each of them will be simply dismissed with the assertion that it is deceit, staging, misrepresentation and the like, leaving the assertor and those affected by his statements in the grip of materialism.

It is hard to believe that in a few centuries people who are much smarter than 99.9% of those living today (including ignorant skeptics) could be deceived in such a quantity and on such a scale. Serious scientists, doctors, writers, politicians and other world-famous people were engaged in the study of life after death in general and direct voice mediums in particular, spent a huge amount of time, effort and money to prove fraud, the participation of accomplices, the use of equipment, but they were not able to do this, eventually becoming convinced of the reality of the existence of mediumship of a direct voice and the spiritual world as a whole.

What do spirits tell about life after the death of the physical body and about the Other World, communicating through a direct voice? Perhaps you will be surprised, but here we find amazing coincidences with information received in other ways – testimonies of survivors of near-death and returned from behind the veil, data transmitted during seances, transcommunications, post-mortem communications, out-of-body travel, lucid dreams and so on.

Again we hear statements that death itself is absolutely painless and easy, it is only difficult to approach it in the case of, for example, a serious illness. That at the moment when it comes, we are already met by our relatives, loved ones, mentors, guardians, and sometimes higher spiritual beings who come to help make the Great Transition happen.

We learn that immediately after the death of the biological body, most often the spirit falls into a healing sleep, waking up from which hours or in rare cases days later, finds itself in a stunningly beautiful and magnificent world, surrounded by loved ones who had previously gone there. We receive all the same statements that the posthumous fate is determined by the state of consciousness and the deeds accomplished during our stay on Earth, and only Love, Knowledge and the ability to forgive, and not at all material values, money, palaces, clothes and other meaningless trinkets are of decisive importance in our eternal life.

It should be noted that this in itself is a reliable proof of the existence of a world beyond. All reliable information transmitted from the Other side is filled with the desire to guide humanity along the path of spiritual values, goodness and Light. This manifests itself in everything related to the so-called afterlife and information received from behind the veil. If that light were only a fiction, it would reflect the inner world of the individuals inventing it. Such information would vary greatly and have significant contradictions, would contain the interests, values ​​and aspirations of its authors, in some places spiritual, in others material, but completely different. Instead, regardless of the place, year, century, even millennium of receiving information from there, we see incredible coincidences and all-encompassing indications of the critical importance of spirituality,

Therefore, even without physical evidence, a thinking person, seeing all these coincidences and patterns, is convinced of the reality of a vast and amazing world, beyond our beautiful material planet, which is only a tiny part of the infinite Creation, and, thereby, is freed from the fear of death, which, in fact, does not exist in our usual understanding, which means that it is pointless to be afraid of it.

Having lost fear, we make room in the soul for Love, Goodness and Light, fill them up and make the Universe better, cleaner, brighter and kinder. This is the purpose, task and how it all works.