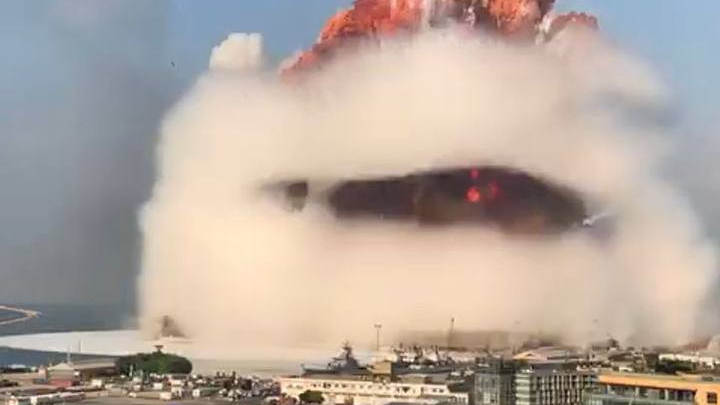 The Lebanese capital was shaken in the afternoon last tuesday, when a huge explosion devastated part of the city, leaving at least 135 dead – according to the latest figures – and thousands of wounded. 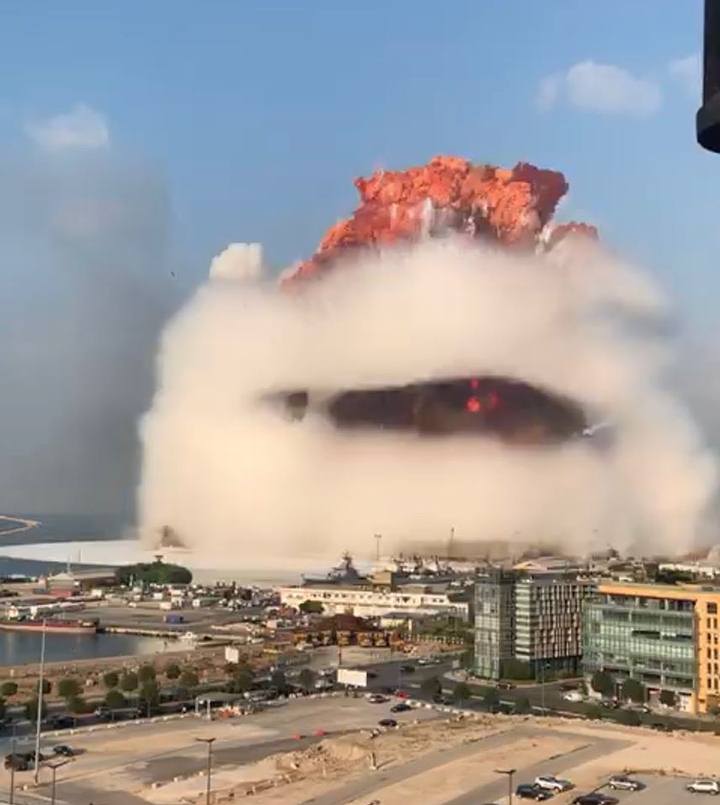 The countdown to catastrophe began more than six years ago, when a cargo ship chartered by the Bulgarian company Briar Wood Corporation, sailing under the Moldovan flag, made an unscheduled stop in the port of Beirut.

The ship was full of debt, with a poorly paid crew, and a small hole in its hull where water seeped in and had to be constantly pumped. In addition, it carried very volatile merchandise, more than 2,700 tons of ammonium nitrate, an unstable material used to make fertilizers – and pumps, which was destined for Mozambique. 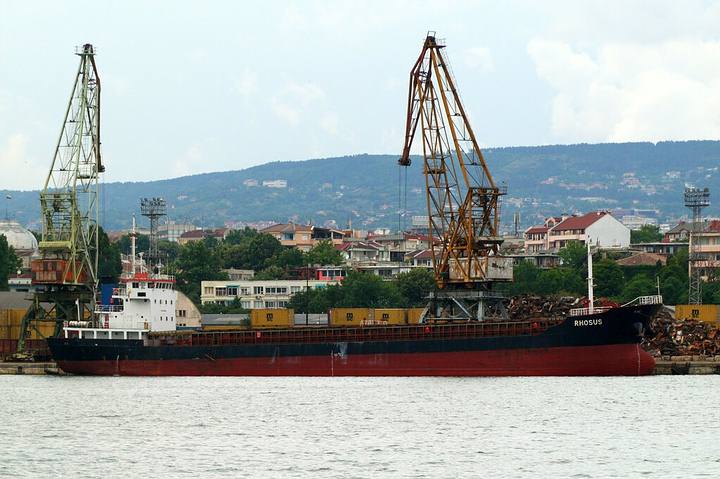 The Rhosus anchored in the port of Varna, Bulgaria, in 2010

The Rhosus, as was it’s name, never went it’s way. Enveloped in financial and diplomatic disputes, it was abandoned there by the person who had hired it. The ammonium nitrate was transferred to a deposit in the port, where it would be stored for years as a result of negligence and bureaucracy … Until Tuesday of this week, when it was the origin of a devastating explosion that, according to the Lebanese authorities, left more than 135 dead, 5,000 injured, and several missing.

But, What exactly is ammonium nitrate and how can it cause an explosion of the magnitude observed? 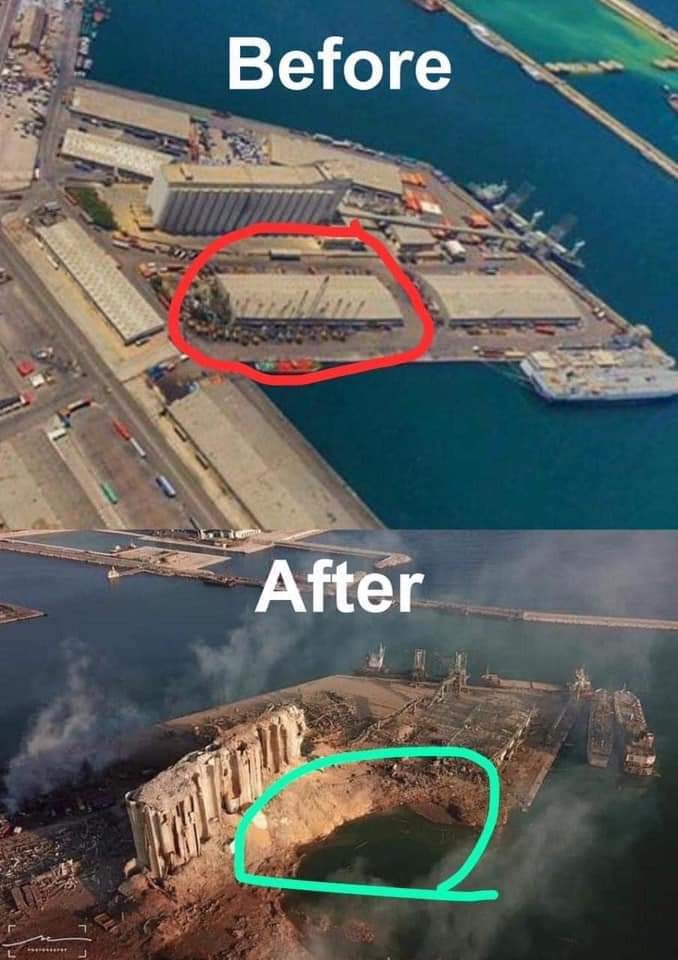 Ammonium nitrate has the chemical formula NH₄NO₃. Produced as small porous pellets, or “microcapsules,” it is one of the most widely used fertilizers around the world. It is also the main component of many types of mining explosives – where it is mixed with gasoline and detonated by an explosive charge.

For an ammonium nitrate industrial disaster to happen, however, it takes a lot of things to go wrong. Tragically, this is the case in Beirut.

What could have caused the explosion?

This chemical compound does not ignite by itself. Instead, it acts as a source of oxygen that accelerates the combustion of other materials.

For combustion to occur, oxygen must be present. Ammonium nitrate pellets provide a much more concentrated supply of oxygen than the air around us. This is why it is as effective as it is explosive in mining.

From a friend in #beirut pic.twitter.com/XAKSmUOau5

However, at high enough temperatures, ammonium nitrate can decompose. This process creates gases, including nitrogen oxides and water vapor, which quickly release gases that can cause an explosion.

The decomposition of ammonium nitrate can be activated if an explosion or fire occurs near where it is stored. The latter was what happened in 2015, when a blast in Tianjin killed 173 people after flammable chemicals and ammonium nitrate were stored together in a factory in eastern China.

And while we are uncertain as to what caused the explosion in Beirut, footage of the incident clearly shows a fire outbreak in a section of the city’s port, just before the catastrophe happened.

It should be noted that it is relatively difficult for a fire to trigger an explosion by ammonium nitrate. The flames must be constant and confined within the same area where the pellets are, which in turn need to be contaminated with, or packed in, other combustible material to produce a reaction.

In Beirut, it has been reported that 2,700 tons of this compound was stored in a warehouse for six years without respecting the relevant regulations and safety controls. This certainly contributed to the circumstances that led to an explosion of such a proportion, whose shock wave swept away everything in its path. 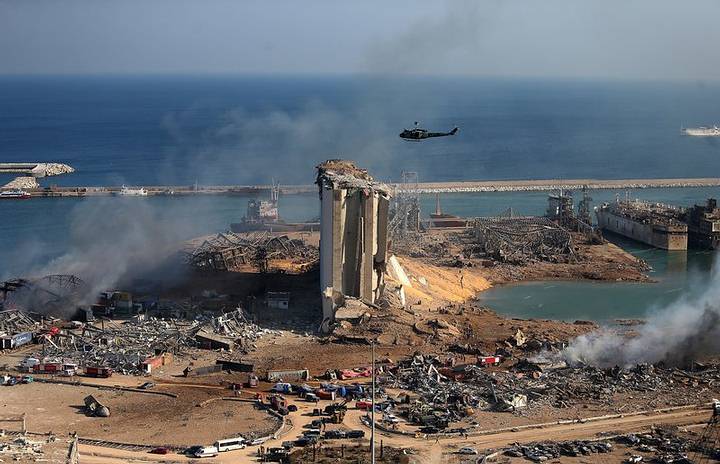 This is how the port was left after the explosion

An ammonium nitrate explosion like this generates massive amounts of nitrogen oxides. Nitrogen dioxide (NO₂) is a red, smelly gas. And the images that transpired reveal, precisely, a distinctive red color in the plume of gases from the explosion. High levels of this polluting substance are of particular concern to people suffering from respiratory problems.

The smoke and gases in Beirut pose a health risk to residents until they dissipate naturally, which, depending on the weather, can take days.

In this article:Ammonium Nitrate, Beirut explosion