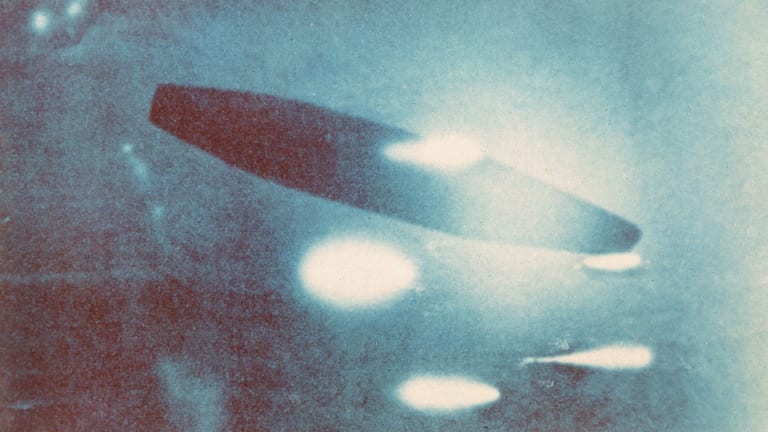 According to a senior Donald Trump administration official, the Pentagon will prepare and publish a report on unidentified flying objects in the coming months.

If we compare official reports and numerous publications in the American media, we get that this story begins on November 10, 2004, off the coast of Southern California. The aircraft carrier USS Nimitz and the missile cruiser USS Princeton were stationed there at that time, it was a military exercise.

A man named Kevin Day revealed that he was working aboard the USS Princeton on November 10. According to him, he was a radar man, that is, his task was to monitor the airspace using radars. Here is his interview. In it, Mr. Day reports:

– near the island of San Clemente, he noticed several GROUPS of unknown objects from the radar at once;

– they flew too high for birds and too slow for aircraft.

A document has been published that is presented as a military account of this observation and the one that followed shortly. It says that “anomalous aircraft” (Anomalous Aerial Vehicles) “demonstrated the characteristics of ballistic missiles”, namely, in a matter of seconds, changed the altitude from 18 kilometers to 15 meters. And besides, they could suddenly just hover in the air.

No video was filmed with these groups. At least it hasn’t been published anywhere.

However, four days later, on November 14, 2004, the commander of the F / A-18 Super Hornet fighter-bomber David Fravor stated that he saw one obscure object during a training flight. He said it was something white and oval, shaped like a tick-tock dragee, it was about 12 meters in length and flew at an altitude of four and a half to seven and a half kilometers.

Again, Fravor saw something, but did not take it off. He only spoke immediately, and an hour later several other fighters flew into the same area, including a side equipped with a FLIR infrared camera mounted on the left wing. The pilot of this plane was Lieutenant Chad Underwood. He was lucky enough to finally photograph something. At the end of the video, you can see how the object suddenly goes sharply to the left at a completely unthinkable speed.

The video was published only in December 2017 by a private organization called To The Stars … Academy of arts and sciences. It was created in the same 2017, and among its founders is the former senior intelligence officer of the CIA, Jim Semivan.

At the beginning of the video it is written:

“The unaltered footage was captured using an advanced infrared long-range aiming module (ATFLIR), which contains the most advanced sensors and powerful tracking systems.” This is the module.

Simultaneously with this video, the company posted another video on the Internet, and it was allegedly filmed already in January 2015, also from an F / A-18 Super Hornet. Negotiations are heard on it. It is reported that this is a dialogue of pilots on the radio.

“It’s a damn drone, brother.- Yes, their whole fleet.- Lord!- They are flying against the wind. West wind, 120 knots. Look at this thing, dude!

From the dialogue played on the video

In 2019, F / A-18 Super Hornet pilot Ryan Graves appeared in the New York Times. He stated that he had repeatedly seen such objects, and at the end of 2014 he even almost collided with one of them, about which a report was drawn up. The article notes that the pilot had already served in the US Navy for 10 years at that time.

These things have been there all day. Keeping an aircraft in the air requires a significant amount of energy. Given the speeds we observed, 12 hours in the air is 11 hours longer than you might expect.

And finally, the third video. Published on March 9, 2018. According to the US Department of Defense, it was also removed in January 2015. In this video, a flying object can be seen against the background of the ocean, its speed, again, is absolutely incredible, you can hear the pilots having fun watching it.

Advertisement. Scroll to continue reading.
From the dialogue played on the video. Is there a UFO?

All three videos are now stored in the Pentagon’s official media library. True, you can only download and watch the FLIR video, that is, what was filmed in 2004. GIMBAL and GOFAST files do not open. In any case, the US Department of Defense officially admits that these videos do indeed belong to the United States Navy.

At the end of March 2021, former Director of US National Intelligence John Ratcliffe spoke on Fox News. Presenter Maria Bartiromo, wearing glasses, read to him the information that the Pentagon would have to report on these UFOs by June 1 and that funds were envisaged to continue the investigation of these incidents, and then asked: “Have you seen these unidentified flying objects?”

Ratcliffe replied that the US government had received many reports of “unidentified aerial phenomena” and a program to study this issue had been operating for several years under the supervision of the defense department. According to him, the upcoming report will be presented by the Minister of Defense and the new head of the National Intelligence Service.

Ratcliffe added that observations are recorded all over the world and often the same object can be captured from multiple cameras.

It’s not just a pilot or satellite or some kind of intelligence collection. There are usually many sensors that record these things, and some of them are unexplained phenomena. In fact, there are not many more of them than already published.

He also explained that in such cases, he and his colleagues always try to find plausible explanations for the phenomenon. In particular, they find out whether the filmed object is just some kind of image defect and whether private companies have some particularly advanced, previously unknown technologies. Often, quite convincing explanations are actually found, the official admitted.

But there are times when we don’t have a good explanation for the things we’ve seen. And when this information is declassified, I will be able to talk about it in a little more detail.

US Navy spokesman Joseph Gradisher said roughly the same thing in an interview with reporters. In some cases, commercial copters turn out to be unidentified targets, but in others, “we don’t know who is doing this,” he said.

Advertisement. Scroll to continue reading.
In this article:John Ratcliffe, US Navy