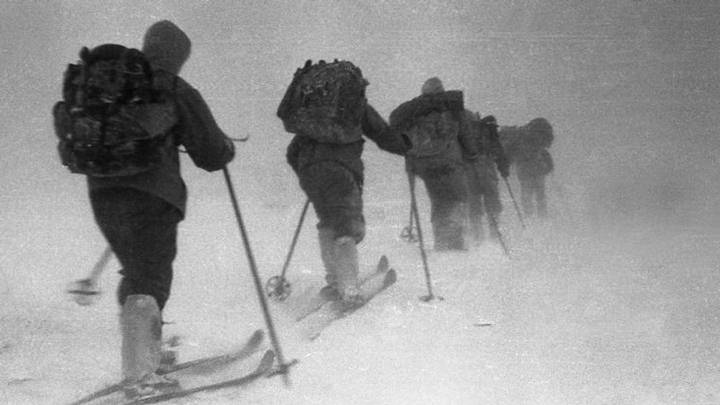 Scientists say they have a plausible explanation for one of Russia’s scariest unsolved mysteries.

This infamous event – called the Dyatlov pass incident- has spawned dozens of conspiracy theories in the decades since 1959, with enthusiasts wielding all manner of wild plots to explain what happened, including yeti, alien, and KGB experiments with super weapons.

In a Film adaptation relatively recently, teleporting mutants are woven into the fable. Without a doubt, it is of that type of mystery for many.

For scientists, the tragedy is something else, although they admit that from any point of view, the facts are shocking and strange. How exactly did these nine seasoned hikers and skiers suddenly meet death one night in the northern Urals?

In the middle of the night

After the hikers failed to reach their destination in time, a rescue party was dispatched to search for them, and the seekers first discovered their tent on the slope of the Kholat Saykhl (a name meaning ‘Dead Mountain’ in the local Mansi language).

Their tent was cut off from the inside, as if these men had fled their night shelter, running in terror into the frozen darkness.

“Something unexpected happened after midnight that made the expedition members suddenly cut down the tent from the inside and flee into a forest, more than 1 km downhill, without suitable clothing, under extremely low temperatures (below -25 ° C ), and in the presence of strong katabatic winds induced by the passage of an Arctic cold front ”, explain the researchers in a new study led by the scientist of snow mechanics Johan Gaume, from the Federal Polytechnic School of Lausanne, in Switzerland. 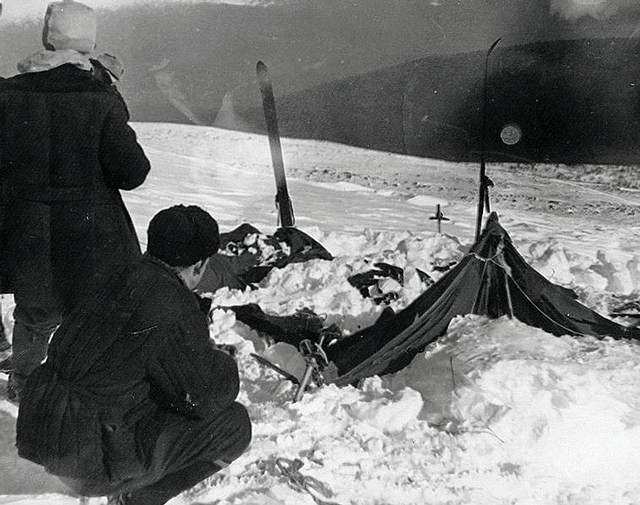 A view of the store that the rescue team found on February 26, 1959. The store had been opened from the inside, and most of the skiers had fled in socks or barefoot

The bodies were then discovered, a few days and weeks later, other months later.

“While hypothermia was determined to be the leading cause of death, four hikers had severe injuries to the chest or skull, two were found without eyes and one without a tongue; some were almost naked and barefoot ”, Gaume and co-author Alexander Puzrin of the Federal Polytechnic School of Zurich detail.

Amid all the more colorful guesses that emerged about what happened, the more substantiated explanations pointed to an avalanche on the slope as the main factor in the deaths, forcing the sleeping and unsuspecting hikers to suddenly force their way out of the tent and flee, before succumbing in various ways to the cold or their wounds in the dark.

However, the strange circumstances of the event have led many to reject this more obvious cause: the relatively shallow slope of the mountain, the lack of evidence that an avalanche has occurred, and injuries other than those commonly seen in these types of incidents.

Due to these kinds of uncertainties, the original Soviet research simply concluded that a “compelling natural force” had led to the deaths. Decades later, a new Russian investigation published its reassessment of the tragedy, saying last year that an avalanche was still the most likely cause.

Now, an independent investigation by Gaume and Puzrin has come up with the same finding, but with new scientific evidence to back up how an avalanche could have occurred.

The team’s model suggests that Kholat Saykhl’s shallow depth would not have prevented an avalanche from triggering several hours after hikers cut through the snow to create a natural buffer against the wind.

“If they hadn’t cut the slope, nothing would have happened,” says Puzrin. “That was the initial trigger, but that alone would not have been enough. The katabatic wind it probably drove the snow adrift and allowed an additional load to slowly build up. At a certain point, a crack could have formed and spread, causing a block of snow to break free.’ 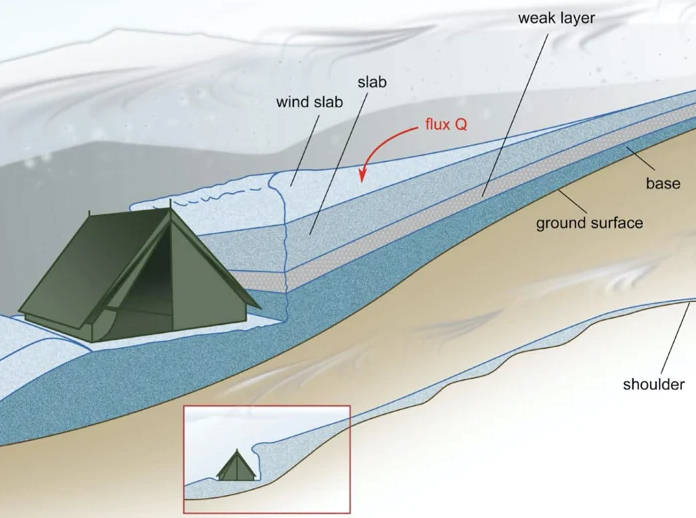 Other simulations conducted by the team analyzed what a snow plate would do to humans lying on their skis. The force of the impact against the hikers, crushed between a heavy deluge of snow and the hard skis underneath, could have caused some of the serious injuries observed.

Of course, there remain a number of unanswered questions about the Dyatlov Pass incident that this study does not address – including concealment and disappearance of evidence-. And perhaps no one can hope that this tragic mystery, now part of Russian folklore, six decades later will lose the power and intrigue of its interpretations in the style X-Files.

Nonetheless, the science of avalanche theory is sound, the researchers say, and we now have the model to show what that “compelling natural force” might have been.

“The truth, of course, is that nobody really knows what happened that night,” clarifies Puzrin. “But we provide strong quantitative evidence that the avalanche theory is plausible.”

In this article:Dyatlov Pass, Russia