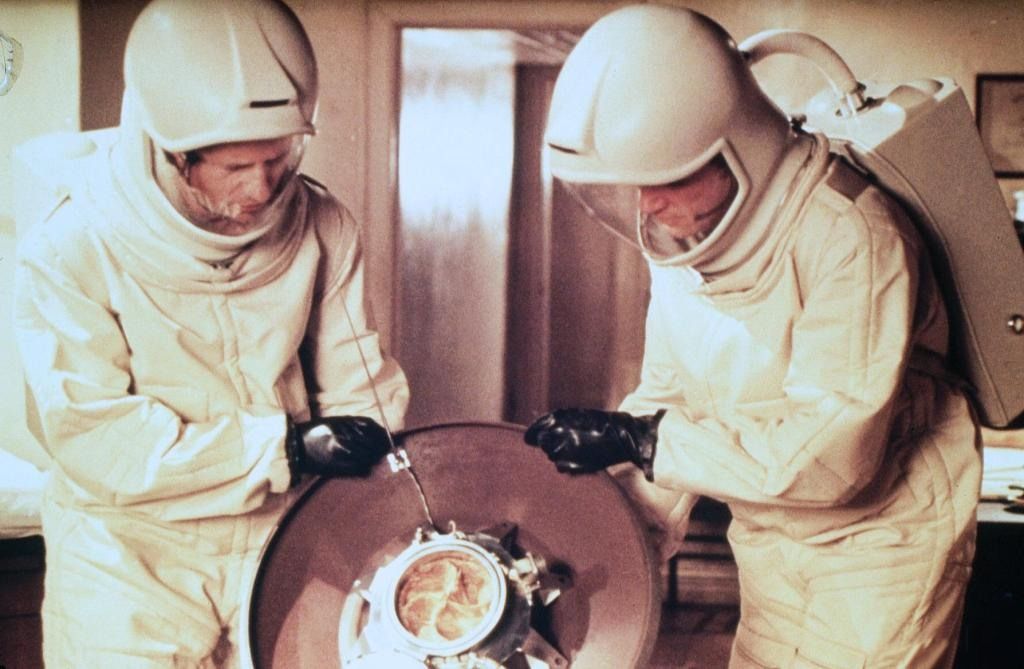 Looking for good news? It is not in this article that you will find them, but stay anyway, because that is the kind of bad news that we are getting into early enough to fully prepare for – if not completely prevent. We are talking about viruses, of course … in particular, the next deadly virus.

A former NASA director has released a new document warning that the next killer virus may not come from bats … unless there are bats on Mars. His concern, which he claims to be shared by many in the space program, is that the spacecraft that will return from Mars may be full of humans and rocks covered by a super-virus, like never before seen on Earth. Can we stop them? Can we prepare? Do we need bigger masks?

In my opinion, and that of the scientific community, the chance that millions of years old Mars rocks will contain an active life form that could infect the Earth is extremely low. However, samples returned by MSR will be quarantined and treated as if they were the Ebola virus until proven to be safe.

Major media reports of the global COVID-19 pandemic caused by the SARS-CoV-2 coronavirus overshadowed the Ebola virus, which attacks more quickly (two days after exposure) and is extremely deadly (killing 25% to 90% of cases infected, with an average of around 50%), which makes it a reference at least disconcerting for Scott Hubbard, former director of NASA Ames and current adjunct professor of aeronautics and astronautics at Stanford University. In an interview with Stanford News about a new article – co-authored by Hubbard and published by National Academies of Sciences, Engineering and Medicine – Hubbard warns of the dangers posed by space missions in general and on Mars in particular … particularly those who return to Earth with samples and humans exposed to the Martian environment. (MSR is a proposed Martian sample return mission from which the probe jeep Perseverance is part of.)

Previous large-budget missions – such as Viking I and II on Mars in the mid-1970s – were able to use heat to sterilize entire spaceships. Today, this approach is not possible for several reasons.

Hubbard talks about the ‘biological load’ of preventing Earth’s microbes and diseases from contaminating another planet or asteroid (called ‘outward contamination’), but his main focus is ‘back contamination’. He describes a plan to ‘break the chain of contact’ between the return probe and samples of Mars rocks with autonomous sealing and welding to create various levels of containment.

Hubbard notes that “Apollo astronauts from the first lunar missions were quarantined to ensure that they showed no signs of disease” until NASA sensed that there were no harmful contaminants on the moon. The process must be started again for missions to Mars. He thinks his former agency can handle NASA missions, but is very concerned about the Federal Aviation Administration (FAA) and private space companies.

The complication is that NASA is a mission agency with enormous experience in PP, but not a regulatory agency like the Federal Aviation Administration, which has little knowledge of PP, but issues licenses for commercial launches.

Hubbard is very concerned about advanced contamination and ‘planetary protection’ too, and shows his disdain for these private space companies – one in particular:

This phrase refers mainly to space entrepreneurs like Elon Musk (SpaceX), what launched its own Tesla Roadster cherry red in a Mars-like orbit around the Sun aboard a rocket Falcon Heavy. We need some way of knowing if they are following the appropriate PP procedures.

This also includes small cubesats launched, in particular. What goes up may end up going down – sometimes on Earth, but as these tiny satellites and especially laser light candles become more common, they will potentially also fall on other planets or asteroids. Although (FAA) can regulate these companies in the US, it has no control over those in other countries.

The report was completed before the start of the COVID-19 pandemic, so Hubbard addresses it in the interview, noting that the article has “a small section suggesting that NASA and a recommended new advisory group take a very proactive approach to educating the public about the extraordinary measures taken to sequester the returned samples and protect the public ”.

Hubbard’s concerns and warnings are commendable and necessary. However, based on how little we have been told about the prevention of COVID-19, possible treatments and possible (if any) vaccines, someone is comfortable with the ability (or obligation or desire) of any agency (public or private) to “educate the public”?

In this article:alien viruses, COVID-19 pandemic