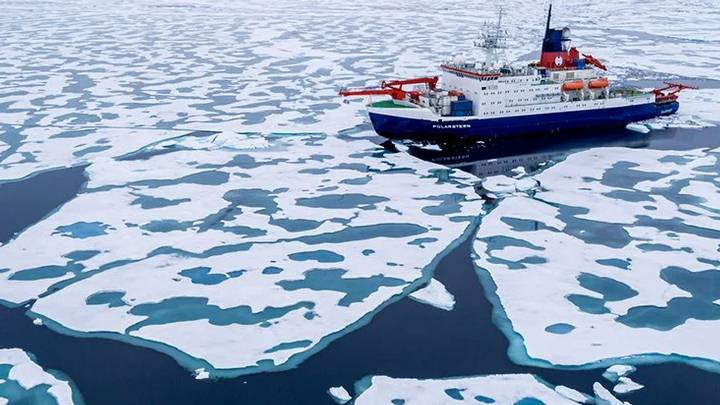 The German ship Polarstern from the Alfred Wegener Institute returned to the port of Bremerhaven after 389 days in the Arctic. This time allowed scientists to collect vital information in what is considered the epicenter of climate change.

Mission leader Markus Rex said he and his team of 300 scientists from 20 countries have witnessed “a truly fascinating and uniquely beautiful place.”

“We must make every effort to preserve this world for future generations and use every little opportunity we have for that,” he mentioned at a press conference, in clear reference to the dramatic effects of global warming on the region’s ice.

“We have seen how the Arctic Ocean is dying. We saw this process through our windows.

Underlining how much of the sea ice has melted, Rex detailed that the mission was able to navigate large patches of open water, “sometimes extending as far as the horizon.”

“At the very North Pole, we find very fragile ice, eroded and melted,” he said.

According to the team, if the warming trend continues at the north pole, in a few decades we will have an ice-free Arctic during the summer.

The Polarstern mission, called MOSAIC, spent more than a year collecting data on the atmosphere, ocean, ice and ecosystem to help assess the impact of climate change in the region and the world. To carry out this investigation, four observation points were established on the pack ice, within a radius of 40 kilometers around the vessel.

The scientists collected samples of the water underlying the ice during the polar night to study plankton and bacteria, to better understand how the marine ecosystem functions under extreme conditions.

The 140 million euro expedition also brought back some 150 terabytes of data and more than 1,000 ice samples.

“The team has measured more than 100 parameters almost continuously throughout the year and we hope that the resulting information will provide a breakthrough in understanding the Arctic, the climate system and its future,” said Rex.

“For us now begins the second phase, the data analysis. With what the ship brought we will be busy for the next ten years, “added physicist Thomas Krumpen.

Since the ship’s departure from Tromso, Norway, on September 20, 2019, the crew has seen long months of complete darkness, with temperatures as low as -39.5 ° C and more than 60 polar bears, some of which had to zoom out by shooting into the air to scare them away. 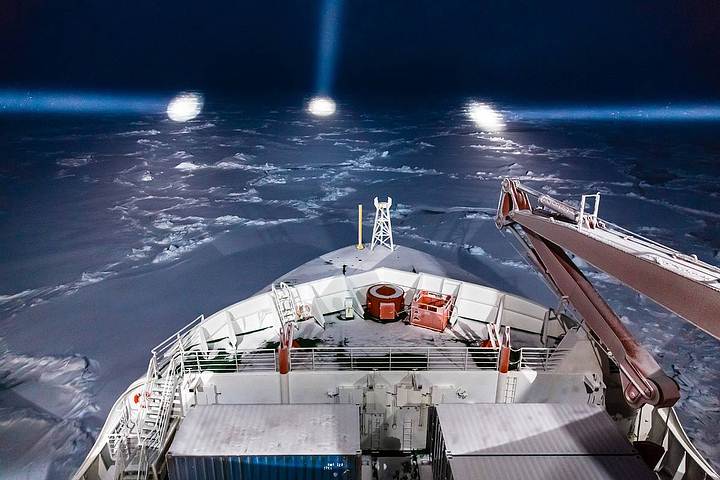 The Polarstern sails through the ice in the polar night. Credit: Stefan Hendricks

But the biggest threat was the coronavirus pandemic in the spring, which left scientists stranded at the North Pole for two months.

The multinational team had scheduled a flight to make a relief and thus give rest to the members who spent several months on the ice, but the plan had to be rescheduled when the flights were canceled globally as a measure to try to stop the spread of the virus .

During the course of the expedition, the German ship zigzagged through 3,400 kilometers of ice along a route known as the transpolar drift.

The voyage was a great logistical challenge, especially in terms of feeding the crew – for the first three months, the ship’s cargo included 14,000 eggs, 2,000 liters of milk, and 200 kilograms of kohlrabi (an edible root that originated from a cross between cabbage and turnip).

Radiance Calmer, a University of Colorado researcher who was aboard the Polarstern from June to September, told AFP that getting out on the ice was “a magical moment.”