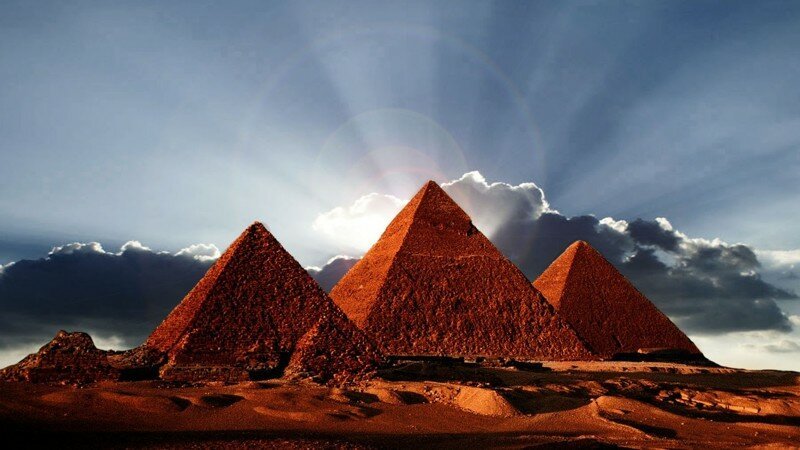 However, many people do not know that the great pyramid is not only an architectural wonder but also a great achievement of engineering, and especially of Geography.

The Great Pyramid of Giza is a unique, fascinating, and incredibly complex building achievement with an ancient structure. Even after so many thousands of years of construction, the whole picture is not there as to how ancient people managed to build something so huge and so precise.

No scientist can imagine what this ancient quarry would have been like and how the giant rocks were transported into place without the use of modern technology.

Many scholars report that the ancient workers managed to raise the great pyramid, a miracle by the standards of the time, using only stone and bronze tools, but nothing has been proven at all.

However, the Great Pyramid is not only an architectural wonder and mysterious building. It is also a global geographic reference point.

Author and theologian Dr. Joseph Seissen proved in 1877 that the Great Pyramid of Giza is located at the exact point of intersection of the longest line of latitude and the longest line of longitude, in other words, exactly in the center of all landmass on planet Earth.

“It has been clearly established and demonstrated that there is measure, markings, in the form and features of this great primeval monument. Although it appears as a great and indestructible monument of stone…it possesses a complete and perfect knowledge of the structure of the universe, of the positive and natural sciences, of both terrestrial and cosmic life, with the determination of a perfect system of measures and stations scientifically consistent with a compass.

Scientific research by different groups and institutes has made it clear that there is embedded in this edifice the structure of the constellations at the time of its construction, which also reveals the age of the pyramid in relation to astronomy in full agreement with all external indications and proofs”.

There is also a record in relation to the size, shape and weight of the pyramid and its relation to the distance from the sun, the actual length of the solar year, the number of years of the precession of the cycle, the average temperature of habitable population, along with cosmically populated facts and mathematical formulas as well as scientific constants.

Based on an inscription in an inner chamber of the pyramid that names a work group, and a reference to the 4th Dynasty pharaoh of ancient Egypt Cheops, Egyptologists believe that the pyramid was built as a tomb over a period of 10 to 20 years and was completed around 2560 BC X.

There are many scientific and alternative theories about how the pyramid was built. There are currently three known chambers within the Great Pyramid. The lower one is dug into the bedrock below the pyramid and is incomplete.

The so-called Queen’s and King’s chambers are higher up, built inside the pyramid. The Great Pyramid is the only one known in Egypt that has both ascending and descending corridors.

The pyramid complex includes two funerary temples in honor of Cheops (one next to the pyramid and the other near the Nile), three smaller pyramids for his wives, as well as a smaller “satellite” pyramid, a covered passage connecting the two temples, and smaller mastaba tombs which belong to nobles and are located around the pyramid.

The Egyptians considered the pyramid the image of the World, a ladder of light that connected Heaven with Earth. The Great Pyramid of Giza, the most famous, was called “The Shining”. Its hieroglyph is MR, the isosceles black triangle born from 2 hills like the sun.

One of the earliest dates for the Great Pyramid is given by an Arab writer, Abu Zayd el Balki, who cites an ancient inscription to argue that the Pyramid was built at the time when Lyra was in the constellation of Cancer, i.e. “twice 36 thousand years or so.

Many say that the builders were from the earlier Atlantean civilization, and that they built the Pyramid as a way to preserve all known sciences as well as to create a temple of initiation and a means of generating powerful energy fields.

Be that as it may, this building is not exactly what it seems, but it hides many secrets that even concern human existence on the planet.

In this article:Ancient Egypt, Great Pyramid of Giza