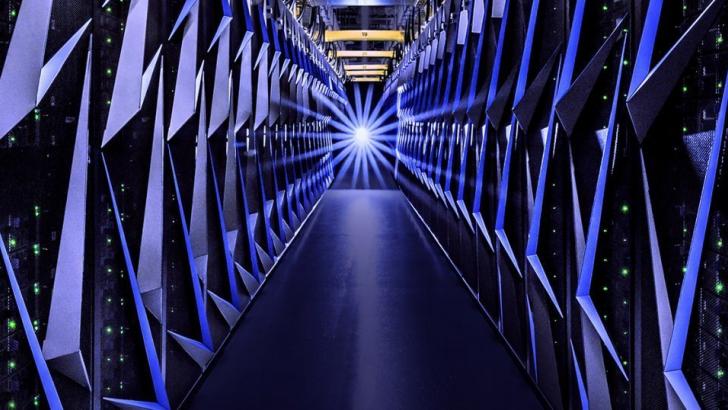 The US Department of Energy has announced that the Summit supercomputer will be used to try to find a treatment or cure for Covid-19. To clarify: The name of the coronavirus that causes Covid-19 is SARS-CoV-2.

Summit is a 10 MW machine built with 4,608 processing nodes. Each node contains 2x 3.07GHz Power9 CPU and six Nvidia Volta V100 GPUs. It is the fastest supercomputer on Earth, with a proven performance of 148.6 petaFLOPS on Linpack and a peak performance of more than 200 petaFLOPS.

The reason the DoE is leveraging the world’s fastest supercomputer for the project is that trying to find methods to inhibit or attack a virus is a computationally demanding problem. IBM writes:

In trying to understand new biological compounds, like viruses, researchers grow the microorganism in wet labs and see how it reacts in real life to the introduction of new compounds, but this can be a slow process without computers that can perform digital simulations, to narrow the range of potential variables, but even then there are challenges. Computer simulations can examine how different variables react with different viruses, but when each of these individual variables can be made up of millions or even billions of unique data and combined with the need to run multiple simulations, this can quickly become an intensive process using basic hardware.

The following video summarizes the work that scientists have done using Summit. Thanks to the supercomputer, the researchers examined 8,000 compounds in a matter of days and identified 77 potentially beneficial small-molecule compounds that show evidence of SARS-CoV-2 inhibition.

“Summit was needed to quickly get the simulation results we needed. It took us a day or two, whereas it would have taken months on a normal computer, ”said Jeremy Smith, president of the governor of the University of Tennessee, director of the UT / ORNL Center for Molecular Biophysics and principal investigator of the study. “Our results do not mean that we have found a cure or treatment for COVID-19. However, we are very hopeful that our computational findings will inform future studies and provide a framework that experimenters will use to further investigate these compounds. ”

If you’ve read that Covid-19 is similar to SARS in some ways, your first investigations of the virus are what led to that conclusion. SARS and coronavirus share some common infection strategies, which has raised some hope that an inhibitory agent may be found. Using Summit, Micholas Smith (not a typo) tested how compounds bind to the “peak” of protein S to discover which one might reduce the chance of successful infection. Since that initial work was done, a more accurate model of the S protein in coronaviruses has been released. The team using Summit plans to rerun its initial analysis using the more detailed model, which can remove some compounds from the list or bring others to the top.

Scientists have emphasized that all of their work should be experimentally tested, but now we have seen some evidence that computers can be useful for these types of calculations. Although it is very early, scientists have begun to discover new pharmacological treatments through the use of machine learning.

The global number of coronaviruses has been growing at a rapid rate since the virus escaped from China. The best day for the virus since monitoring began was February 19, when 516 new cases were recorded. As of February 28, we had up to 1,503 new cases. On March 10, 4,390 new cases of coronavirus were recorded. The number of people infected per day by Covid-19 grew 2.92x in just 11 days. That’s a lot less bad than the apocalyptic scenarios generally envisioned in medical disaster movies, but it’s still a high growth rate. If it continues, we would be seeing 12,822 new cases per day before March 22 and 37,441 new cases per day before April 2.

The question of whether Covid-19 will have a significant impact on the world economy has already been answered: yes. Whatever happens now, the first quarter figures will be destroyed across the board. Several major conferences have been canceled, depriving local communities of income. Airlines are reporting steep declines in flights comparable to the hit they received after 9/11. With Chinese factories closed for weeks, the entire country of Italy under quarantine, and tens of millions of people now practicing social distancing (voluntarily or not), the question of whether we are going to feel the impact in the United States is clear: We’re. It may take time to get there (the economic impact of events on distant coasts can travel at different speeds), but slowdowns and cancellations are already affecting businesses.

Does this mean you need to run away and buy two tons of disposable paper products? No. But it does mean that, in one way or another, Covid-19 is going to affect our lives to some degree. The oil war that started between Russia and Saudi Arabia  is a prime example of how SARS-CoV-2 could cause a global recession, even if the medical risk turns out to be less than previously thought. With the Russians and the Saudis helping to see who can charge the least for oil, US oil shale oil production. USA may have to stop if prices fall too low. That would also have its own impact on the American economy.

No one knows where this train is headed yet, but we are all on board together.