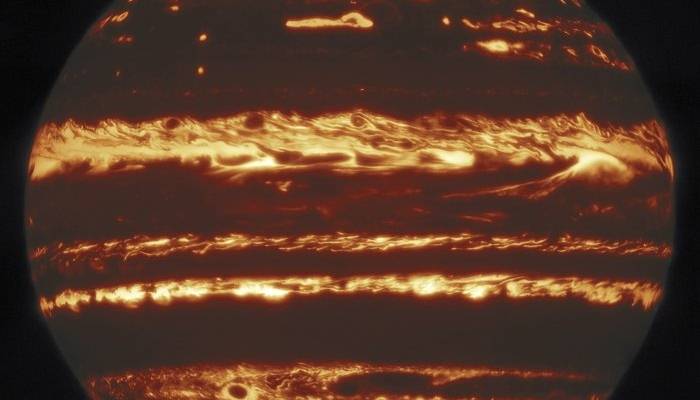 Jupiter is not a serene place. The giant planet is subjected to huge storms and surrounded by turbulent clouds that spread across the globe, reaching depths much greater than the atmospheric distance between Earth and space. 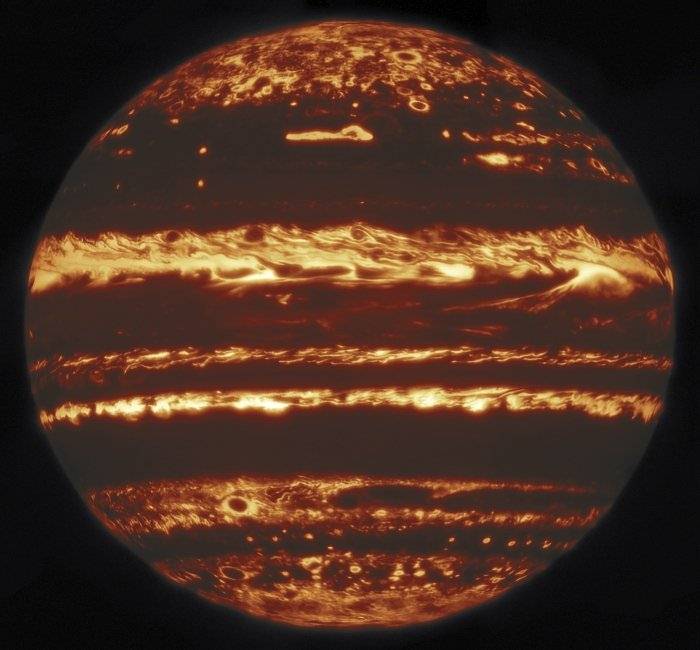 The wild climate of the gas giant is so different from what happens on Earth that it has not been an easy task for astronomers to understand. But now we have other pieces of the puzzle – in the form of one of a near-infrared image and optical images, taken using the powerful Gemini (north) observatory in Hawaii and the Hubble Space Telescope.

Gemini’s near-infrared images captured the brilliant radiation through the clouds inside Jupiter, which when combined with Hubble optical images taken hours later, allowed to create a mix of internal and external activity on the planet.

The high resolution achieved shows that the cloud regions that appear darker in the space telescope optics are actually the brightest in infrared, indicating that these areas do not have or have few clouds compared to the illuminated bands.

“It’s like it’s a Halloween pumpkin,” said astronomer Michael Wong of the University of California at Berkeley. “You can see the bright infrared light coming from the cloud-free areas, but where there are clouds, it’s really dark in the infrared.”

This includes a line around the edge of the famous Great Red Spot, a permanent storm currently slightly larger than the entire Earth. 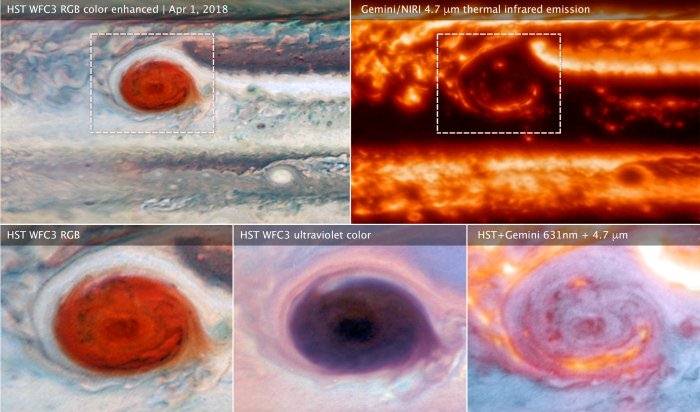 “Similar features have been seen in the Great Red Spot before,” said Glenn Orton of NASA’s Jet Propulsion Laboratory. “But observation in visible light was unable to distinguish between darker cloud material and thinner cloud cover over Jupiter’s warm interior, so its nature remained a mystery.”

Now with the Gemini data, this mystery is solved. Where Hubble visible light images show a dark semicircle in the Great Red Spot, images taken by Gemini in infrared light reveal a bright arc illuminating the region. This shows that the coloration marks a deep crack in the swirling storm clouds.

The find is great. But it got even more interesting when data from NASA’s Juno probe came into play.

In each of his close flybys over Jupiter’s clouds, Juno detected radio signals created by powerful lightning strikes called sferics (short for atmospheric) and whistles (named for the whistle tone they cause in radio receivers). Whenever possible, Gemini and Hubble focused on Jupiter and obtained high-resolution, large-area maps of the giant planet to augment Juno’s observations.

The probe’s instruments were able to determine the latitude and longitude coordinates of the groups of spherical and hissing signals that, when combined with the Gemini and Hubble images at multiple wavelengths, allowed us to explore the structure of these phenomena. 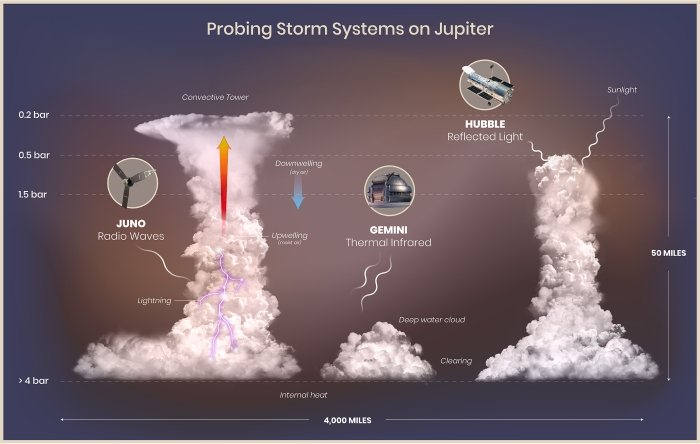 The research team found that lightning, and some of the larger storm systems that create it, form in and around large convective cells above deep clouds of water and liquid ice.

“Scientists track lightning because it is a convection marker, the turbulent mixing process that transports Jupiter’s internal heat to visible clouds,” Wong explained.

The greatest concentration of lightning Juno saw came from a storm known as the “filamentous cyclone.” The Gemini and Hubble images show details on the cyclone, revealing that it is a twisted collection of high convective clouds with deep gaps offering glimpses of the water clouds far below.

“Ongoing studies of light sources will help us understand how convection on Jupiter is different or similar to convection in Earth’s atmosphere,” said Wong.

In this article:Hubble Space Telescope, Jupiter