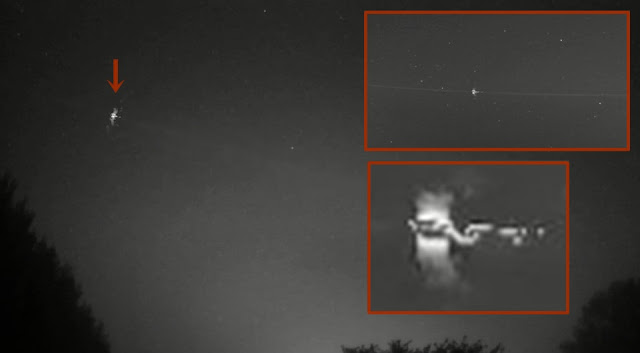 A bright light streaking the sky, when it enters the atmosphere.

In the early morning of September 22, the cameras of the European Space Agency detected something amazing and unusual. However, ESA quickly came up with an explanation for what happened and assures that it is just a meteoroid. Have you ever seen a “rock from space” that flies over the horizon, then gains altitude again to disappear into space again?

In the early hours of 22 Sept over N. Germany & the Netherlands, a meteoroid got down to 91 km in altitude – far below orbiting satellites – before it ‘bounced’ back into space

Do you understand? The object follows a clear trajectory, and if it were a meteoroid, this would be simply impossible, not to mention the fact that the object is moving in the direction given to it by the “luminous trail” – it flies along a luminous trail in the sky, as if a train travels along paved rails !

ESA: “In the early morning of September 22, a meteoroid sank to an altitude of 91 km over Northern Germany and the Netherlands – well below orbiting satellites – before it bounced back into space.”

Look, this is ridiculous. ESA uploads a video from two cameras where it is perfectly visible that the object is flying along the track and does not “bounce” anywhere. Not to mention what this object looks like!

ESA: “A meteoroid is usually a fragment of a comet or asteroid that, when it enters the atmosphere, becomes a meteor – a bright light streaming across the sky. Most of them disintegrate, perhaps parts of them reaching the ground in the form of meteorites

This lucky visitor, however, did not sink low enough to completely burn up, and it escaped again only by grazing the edges of our planet’s protective gas shield.

The lucky object was spotted by the cameras of the Global Meteor Network, a project that aims to sweep the globe with meteor cameras and provide the public with real-time alerts, creating an image of the meteoroid environment around the Earth. ”

Although ESA claims it was a meteoroid, looking at the enlarged image, we can ask if it was not a meteoroid, but a UFO, ‘Unidentified Flying Object’. We are especially touched by the epithets used by ESA to give the incident a halo of everyday life and a note of positive – “happy object”. Where can you forgive the scientific explanation of what the cameras recorded?

How is the incredible shape of the object, these “wings” on the sides of it, and most importantly, that luminous line along which this object flies without moving a millimeter away from it is explained ?! 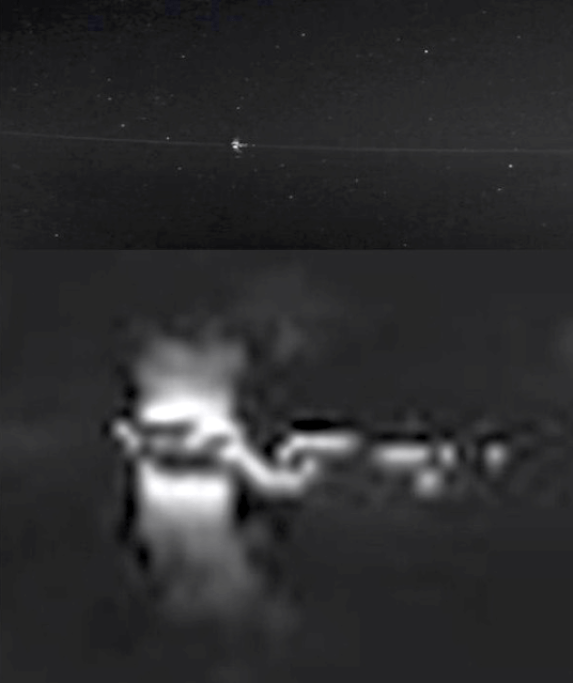 Among other things, on the recordings from the cameras there are a huge number of other UFOs that move in incredible numbers and at incredible speeds in the earth’s sky. They are not visible in the original video published by ESA, but they are clearly visible if you apply filters and slow down the playback – what is it?

All that happened is simply an amazing event recorded on the video and what we saw raises a lot of questions to which we hope we will somehow find out the answer.