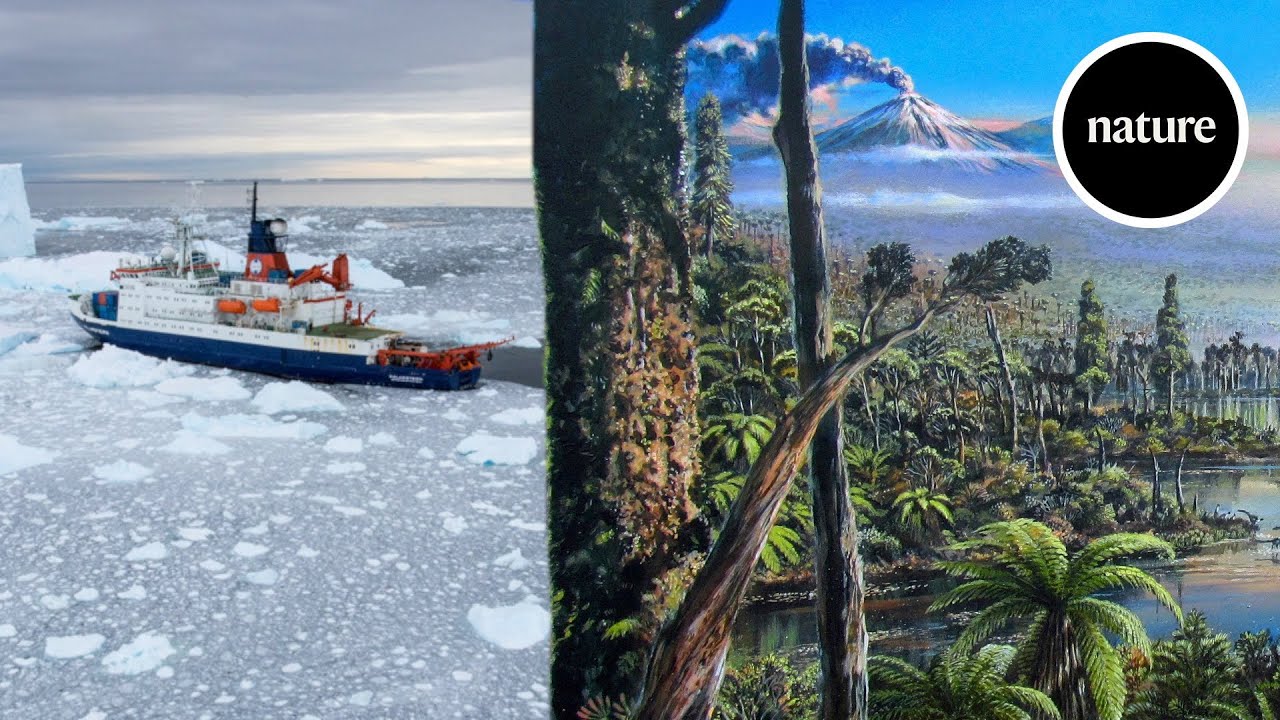 Since time immemorial, Antarctica has been a frozen land with little life at the south pole of the world. But it was not always so, and now scientists have found evidence that proves it officially.

An artist’s rendering of what Antarctica is estimated to be 90 million years ago, according to the study.

About 90 million years ago, during the Middle Cretaceous, dense concentrations of atmospheric CO2 created a warmer global temperature, melting the polar ice sheets and raising the oceans about 170 meters above current levels. What would a south pole look like in a world like that? Now, thanks to an amazing scientific discovery, we have an answer.

In 2017, during an expedition aboard the RV Polarstern in the Amundsen Sea, researchers drilled the surface under the sea bed of West Antarctica, near the location of Pine Island and the Thwaites glaciers, only about 900 kilometers from the South Pole.

What they extracted, particularly from a depth of 30 meters, contrasted sharply with the composition of the sediments on the rest of the surface.

“During onboard assessments, the unusual coloration of the sediment layer quickly caught our attention,” says geologist Johann Klages of the Helmholtz Center for Polar and Marine Research at the Wegener Institute in Germany. 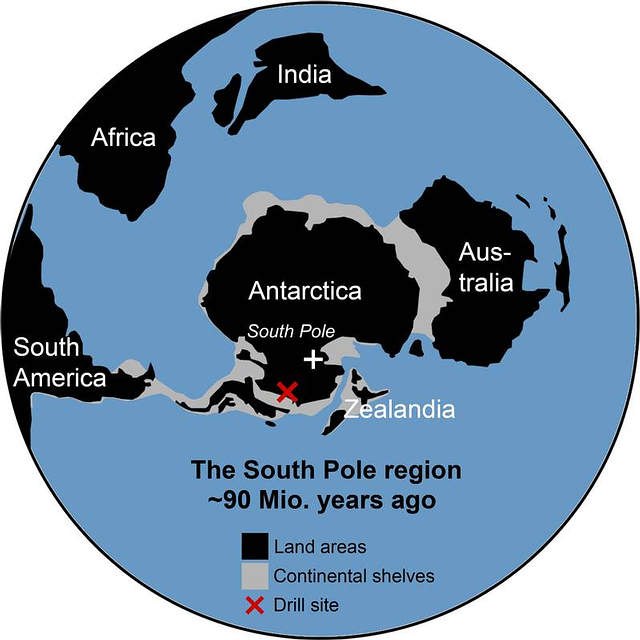 “The first analyzes indicated that, at a depth of between 27 and 30 meters from the ocean floor, we had found a layer that was originally on land, not under the ocean.”

The team was in unknown territory, and in more ways than one. No one had ever managed to extract a sample of the Cretaceous period from the ground at such a southern point of the globe. Still, the researchers were unprepared for what a closer examination by X-ray computed tomography would reveal.

Back on land, the scans showed an intricate network of fossilized plant roots. Microscopic analyzes also found evidence of pollen and spores, all pointing to the preserved remains of an ancient jungle that existed in Antarctica approximately 90 million years ago, eons before the landscape was transformed into an ice desert. 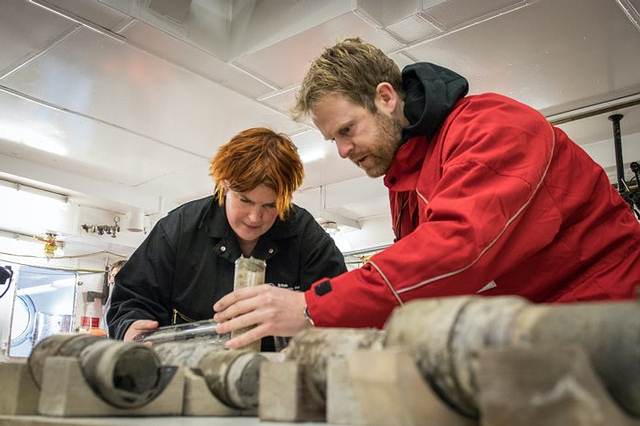 “The numerous plant remains indicate that the West Antarctic coast was, at the time, a dense and swampy jungle, similar to those that exist today in New Zealand,” explains paleoecologist Ulrich Salzmann of Northumbria University. in the United Kingdom.

The implications of this unprecedented finding not only tell us that polar plant life existed, but also something about how it was possible.

According to the team’s estimates, thanks to the continental drift of the tectonic plates, the drilling site would have been hundreds of kilometers closer to the South Pole at the time when the dinosaurs were still walking on the ground.

A warmer world than previously thought

To find out what the climate was like where that ancient Antarctic jungle flourished, the scientists used a model to reconstruct the climate based on the biological and geochemical data contained in the soil sample.

According to the simulations, atmospheric CO2 levels during the Middle Cretaceous would have been significantly higher than previously thought.

In that hot environment (with an average temperature of about 12 degrees Celsius), the dense vegetation would have covered the entire continent, and the ice sheets – along with their associated cooling effects – would have been non-existent.

“Before our study, the general assumption was that the global carbon dioxide concentration in the Cretaceous was just 1,000 parts per million (ppm),” says geoscientist Torsten Bickert of the University of Bremen in Germany. “But in our model-based experiments, it took between 1,120 to 1,680 ppm to reach the average temperatures for that green Antarctica.”

There is much to study about the new finding, but for now it has provided researchers with a better understanding of the deep link between CO2 concentrations and polar climates in prehistoric times. It’s a history lesson that should be kept in mind to take care of our planet, where CO2 levels are skyrocketing, inviting jungles to re-emerge in the coldest places on Earth and oceans to reconfigure maps. 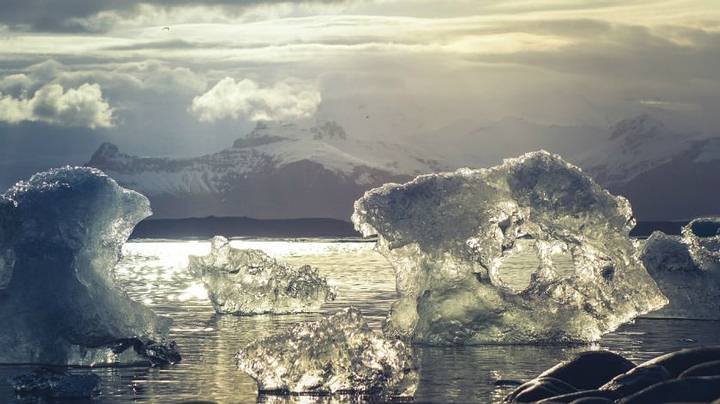 “We need to take a look at these extreme climates that took place in the past, because they show us what a greenhouse climate looks like. We are definitely in an interesting time, because if we continue on the path we are going, it will lead us to something that we will not be able to control any more », Klages concludes.

The study detailing the discovery has been published in Nature.

Advertisement. Scroll to continue reading.
In this article:Antarctica, Middle Cretaceous