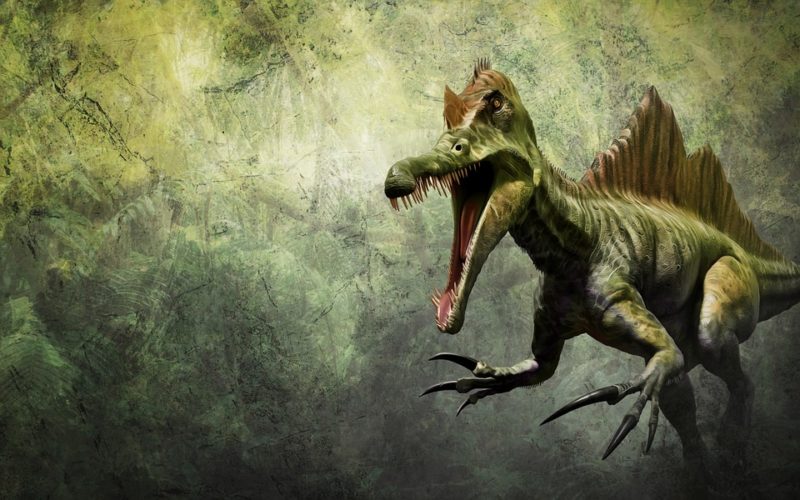 The African region in question was apparently populated by some of the largest known predatory dinosaurs, as well as “flying predatory reptiles” and “crocodile hunters”, some 100 million years ago.

While our planet was probably not a particularly hospitable place (at least from a human perspective) millions of years ago, when giant reptiles roamed the Earth’s surface, it appears that some areas were especially dangerous during that time.

An international team of paleontologists who studied the fossil vertebrates found in the so-called Kem Kem Group, “an area of ​​Cretaceous rock formations in southeastern Morocco,” postulates that the Sahara was probably “the most dangerous place on Earth” due to the abundance of wild predators there, according to a press release issued by the University of Portsmouth.

“This was possibly the most dangerous place in the history of planet Earth, a place where a human time traveler would not last long,” said Dr. Nizar Ibrahim, an assistant professor of biology at the University of Detroit Mercy and lead author of the study.

According to the statement, the area in question featured a “vast river system” 100 million years ago, populated by a variety of aquatic and terrestrial creatures, including three of the largest known predatory dinosaurs, such as “the saber-toothed Carcharodontosaurus ( over 8m in length with huge jaws and long, serrated teeth up to eight inches long) and Deltadromeus (about 8m in length, a member of the raptor family with long and unusually thin hind limbs for their size) ”

As study co-author Professor David Martill of the University of Portsmouth explained, many of these predators relied on the abundance of fish in the area for their livelihood.

“This place was full of absolutely huge fish, including the giant coelacanths and the lungfish. The coelacanth, for example, is probably four or even five times larger than today’s coelacanth, “he said. “There is a huge freshwater saw shark called Onchopristis with the most fearsome rostral teeth, they are like spiked daggers, but wonderfully brilliant.”

Professor Martill also described his study as “the most comprehensive work on fossil vertebrates in the Sahara in nearly a century,” stressing the importance of “shedding light on Africa’s ancient past,” as the press release says.

Advertisement. Scroll to continue reading.
In this article:Africa, dinosaurs