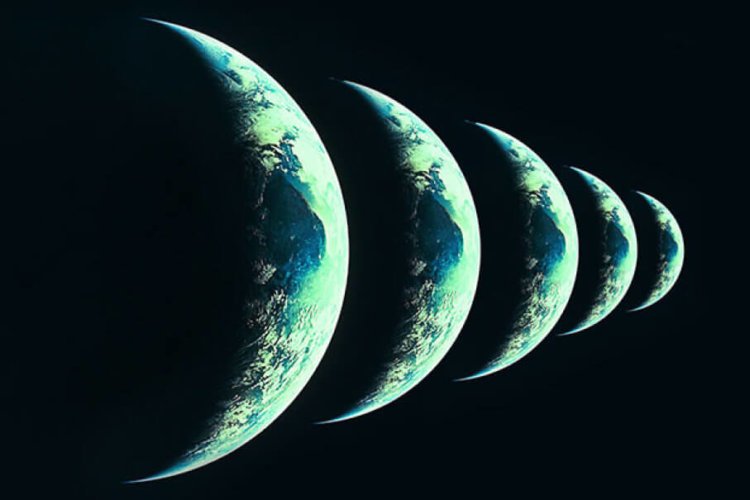 A team of NASA scientists has performed an experiment for detection of cosmic rays, obtaining very good results: they found particles that could come from outside of our universe.

In a research scenario, as if taken from the Twilight Zone, a team of NASA scientists working on an experiment in the Antarctic discovered evidence of the existence of a parallel universe – a world where the rules of physics are opposite to our own.

The concept of a parallel universe has existed since the early 1960s, but only in the minds of physicists and fans of science fiction television shows and comics. However, now an experiment in detecting cosmic rays has revealed particles that could come to us from a parallel world. 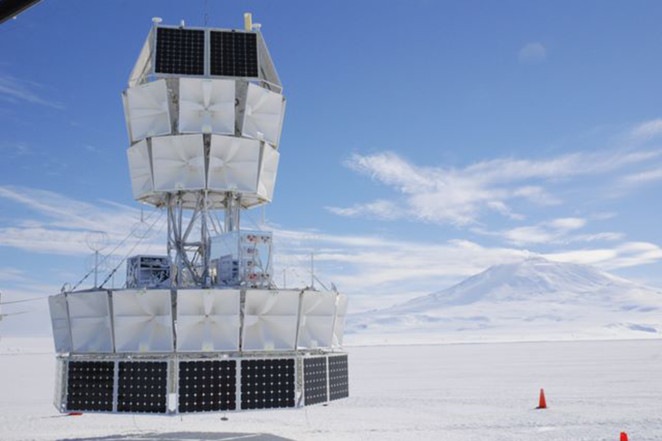 The experiment in the frozen wasteland of Antarctica revealed evidence that this Universe was born in the same Big Bang as ours, but with the rules of physics that are completely opposite to ours.

The investigation was conducted by the experimental physicist Peter Gorham of the University of Hawaii. In his work, Gorhan details the importance of NASA’s Antarctic Pulse Transition Antenna (or ANITA), which uses a giant balloon to transport thin electronic antennas high into the cold, dry air above the Antarctic, where there is no radio noise distorting its results. The scientific report was published by the Cornell university.

There is a constant “wind” of high energy particles coming from outer space – some of them are a million times more powerful than anything we can create ourselves.

Particles of low energy – neutrinos – can pass completely through the earth, practically without interacting with the substance of our planet. But higher energy objects stop in the solid matter of the Earth.

This means that high energy particles can only be detected “descending” from space. The discovery of a heavier particle – a tau-neutrino coming up “up” from the earth, would mean that these particles actually move backward in time.

And this is exactly what scientists from ANITA saw.

Pointing to the absolute impossibility of the behavior of tau neutrinos, Gorem suggests that the only way this could happen is if the particle turns into a different type of particle before passing through the Earth and then returning again.

This is a billion to one, this can happen only once.

But the ANITA team saw several of these “impossible” events.

The simplest and therefore scientifically most elegant explanation is this: at the time of the Big Bang, two universes formed – ours and another, which, from our point of view, works in the opposite direction.

The high-energy particles detected by the tools, usually come from the outer space, and some of them are characterized by being a million times more powerful than any other that is able to generate in our universe.

Because of that, when high-energy particles reach Earth, they can only be detected if they come from outer space. But, when a much heavier particle is detected, this means that they are traveling back in time.

For this research, the experts used a stratospheric balloon giant to transport the device above the Antarctica where there is air cold and dry, which provides excellent condition for use, as there is little or no radio noise that can distort their findings.

It should be noted that this phenomenon still continues in research and, to date, there are different scientific opinions about it. One of the possible explanations that NASA has concluded after performing this test, is that during the Big Bang two parallel universes were generated, but they work inversely to each other.

It would be a universe mirror, where the laws of physics would work the other way around, that is to say, the positive would be negative, the left would be right and time would run backwards.

There is no doubt that this is a fully revealing and surprising finding, but more research is needed. There may be the greatest scientific discovery of the entire history of humanity.

Advertisement. Scroll to continue reading.
In this article:ANITA, Parallel Universe