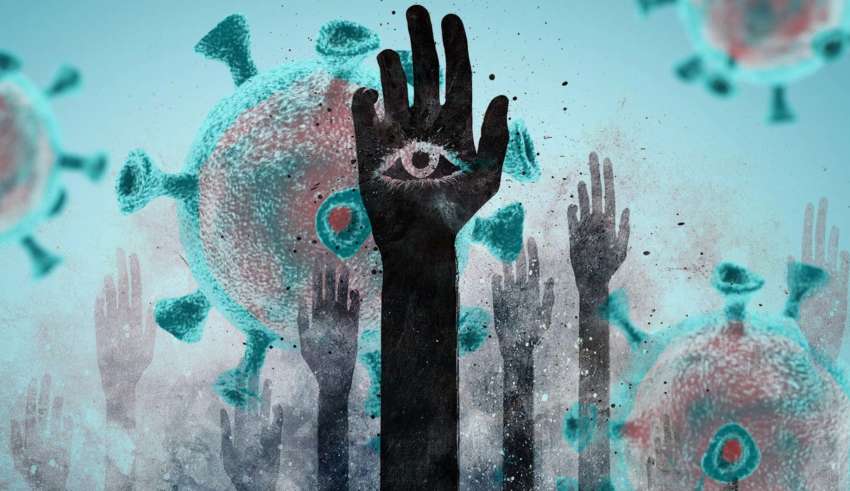 In October 2019, a group of 15 businessmen, government officials, and doctors met in New York to plan the global response to a worldwide outbreak of a never-before-seen and completely fictitious coronavirus.

It was a training exercise with haunting similarities, in hindsight, with the 2019-nCoV. Three and a half hours later, the group completed the simulation exercise, and despite their efforts, they were unable to prevent the hypothetical coronavirus from killing 65 million people.

The fictional coronavirus at the center of the Event 201 simulation, a collaboration between the Johns Hopkins Center for Health Security, the World Economic Forum and the Bill and Melinda Gates Foundation, was called CAPS, and it started with pigs in Brazil before spreading around the world.

Many of those who participated in Event 201 said that “Big Tech” is no longer a platform, but a station and should intervene to combat the false news. Another present typically demonized conspiracy theories. The plan was to censor all information from the Internet, using the “fake news” excuse by claiming that spreading false information during an emergency is a bigger problem than usual and should be stopped.

The cashless agenda is part of the New World Order scheme that goes along with transhumanism, that is, the digitization of everything in society, including money, information and life itself.

By implementing the measure, a cashless society will be able to control, track every economic transaction, allowing authorities to build an even more complete picture of who you are to stop any possible disobedience or revolution before it happens.

It also increases government revenue through taxes. For example, China has seized the opportunity to meet the cashless agenda by stating that paper money should now be taken out of circulation due to the possibility that it may contain traces of COVID-19 and thus contribute to the spread of coronavirus.

Governments enjoy the scenarios of martial law, because human rights are suspended. Authoritarian China has been praised by many globalists such as the late David Rockefeller or the WHO as a model for the New World Order. Some of the photos and videos that manage to evade Chinese censorship show the police state. Italy has decreed a state of emergency and has deployed its troops through the streets, and Spain plans to declare a state of alarm.

The coronavirus pandemic has provided a good excuse for governments around the world to come up with one of their favorite New World Order agendas: mandatory vaccination. The reason this agenda is particularly popular is that it allows authorities to access the human body , and not only the citizen’s body, but also the bloodstream.

To tell the truth, we have no idea what is in that needle when it is injected, so all kinds of elements could be implanted in our bodies. Coincidentally (or not), China passed a law on June 29, 2019, that implemented a national mandatory vaccination program.

Coincidentally (or not), the law went into effect on December 1, 2019, just weeks before the coronavirus epidemic became world news. Not to say, mandatory vaccination can also include DNA vaccines and microchips.

Bill Gates , the hotbed of the New World Order, has been driving genetically modified organisms and vaccines for years. The Microsoft co-founder was part of Event 201 that simulated the coronavirus pandemic before it happened.

But Gates has also been promoting another controversial project: ID 2020. This is the agenda of the human microchip. It sells itself as “a reliable way” to fulfill a “fundamental and universal human right” : safeguarding your identity both on the Internet and in the physical world. On the other hand, we have Google’s Nightingale project, which will have access to medical records, names and addresses without having to consult patients.

An agenda involved in the coronavirus pandemic is the UN’s “2030 Agenda” , which involves “Smart Cities” . Before the pandemic, China had already planned which of its cities would be scheduled to become the pilot “Smart Cities” . Wuhan was one of them (which makes sense why it was also the site of China’s 5G launch).

Interestingly, the opening ceremony of the 2019 Military World Games in Wuhan declared a “New World” , referencing the New World Order and also signaling the transformation of society, yet another clue that this entire event was prepared. Whatever the truth about the origin of the virus itself, who created it, how it was released, and whether it is really that dangerous, the whole phenomenon of the coronavirus pandemic is undoubtedly being used to accelerate various New World Order agendas.