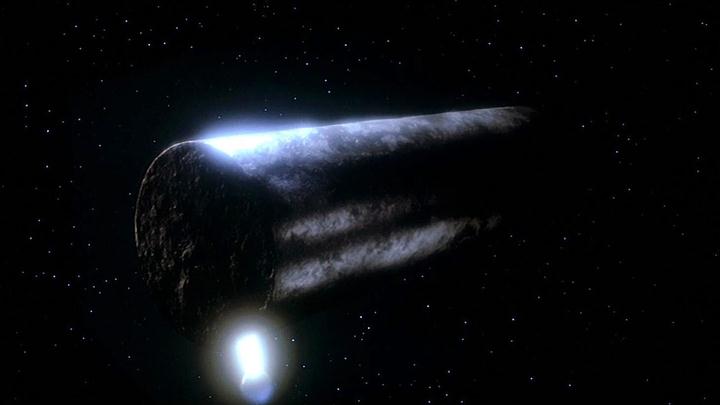 Oumumua, a mysterious object considered the first recorded interstellar visitor to our solar system, could be an extraterrestrial probe. This is suggested by a new study, which fully refutes the most accepted natural explanation.

Discovered in 2017, this strangely elongated body that sped up for no apparent reason was first considered an asteroid, then a comet and there were even theories that suggested that it was a stranded spaceship.

Over time, the comet hypothesis seemed to stand out among the proposals, but with a serious problem: there was no evidence that it had the classic tail that is always observed in this type of body, generated by its heating when approaching the Sun.

In June of this year, a research team made up of astrophysicists Darryl Seligman and Gregory Laughlin believed they solved the problem, suggesting that the strange behavior observed at Oumumua was probably due to the comet being mostly made up of molecular hydrogen (H2) and some of it had been escaping invisibly from the surface, causing the acceleration — and explaining the lack of a cometary tail. 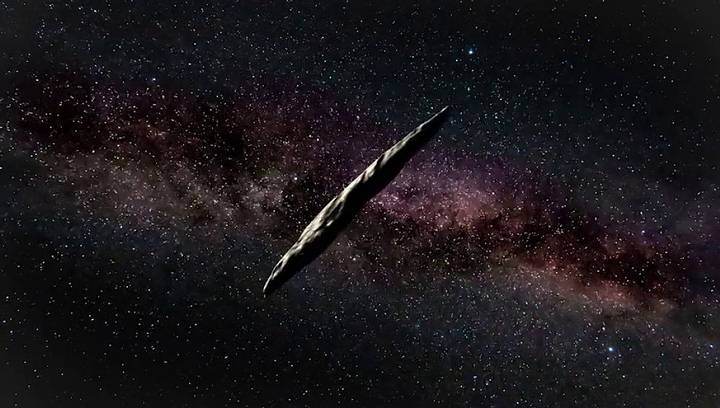 Artistic interpretation of Oumuamua as a comet

Now, in a new study published in The Astrophysical Journal Letters, astrophysicists Avi Loeb and Thiem Hoang argue that the molecular hydrogen hypothesis is not possible in the real world.

They point out that even in the coldest parts of space, starlight would heat up the tiny fragments of solid hydrogen before they could clump together and form a comet the size of Oumuamua (400 to 800 meters). Most importantly, the journey from the nearest giant molecular cloud – a dusty, gaseous region where these hydrogen “icebergs” would form – is too long. A hydrogen iceberg traveling millions of years through interstellar space would disintegrate, cooked by starlight.

Seligman said that Loeb and Hoang’s analysis is correct, and that no hydrogen comet would survive such an extended voyage. 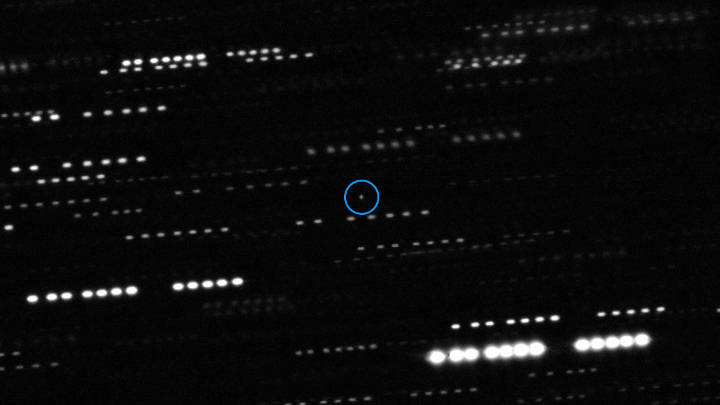 This photo is a combination of images obtained by ESO’s VLT and the Gemini South Telescope. In it, the interstellar object Oumuamua is observed in the center, surrounded by stars that are seen as dotted lines due to the tracking of the moving object

‘Our hypothesis works if Oumuamua is only 40 million old. On that time scale, degassing could have shaped the comet into that elongated shape without completely destroying it, “he replied, pointing out several nearby origins for the comet, including Carina and Columba, two groups of young stars.

However, Loeb disagrees: “Shortening the distance traveled by the H2 iceberg does not solve the problem, because it must have formed together with its planetary system of origin, billions of years ago. With the passing of such eons, the iceberg would evaporate. 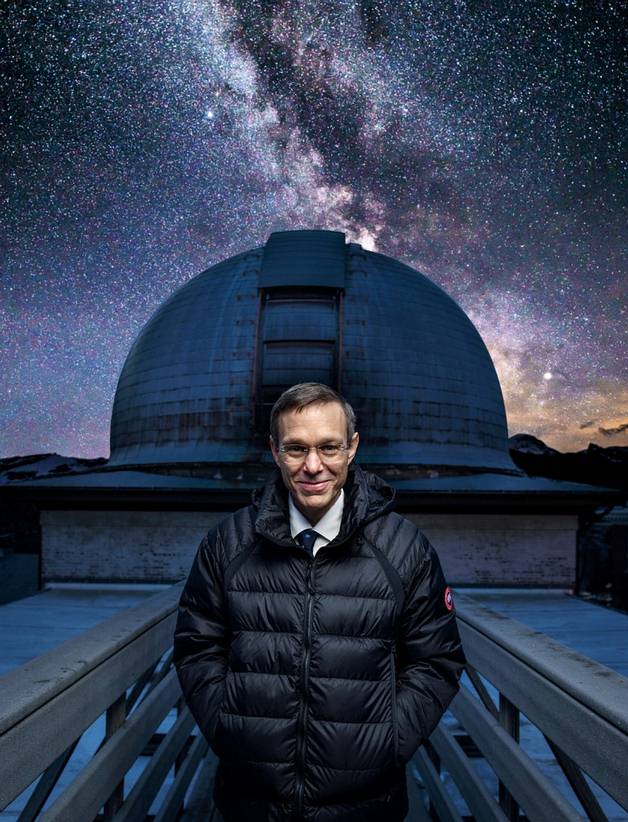 Avi Loeb, the Frank B. Baird professor of science at Harvard and a co-author of the recent study. © 2021 Shawn G. Henry

The astrophysicist also added that these hydrogen icebergs are expected to come from giant molecular clouds, and not from parts of space like Carina or Columba. Reiterating that this being the case, the trip from the nearest molecular cloud would not survive.

And it is that Loeb seems to be clear about what Oumuamua was. The title of his book to be published in January 2021 says it all: Alien: The First Sign of Intelligent Life Beyond Earth.

Advertisement. Scroll to continue reading.
In this article:interstellar visitors, Oumuamua