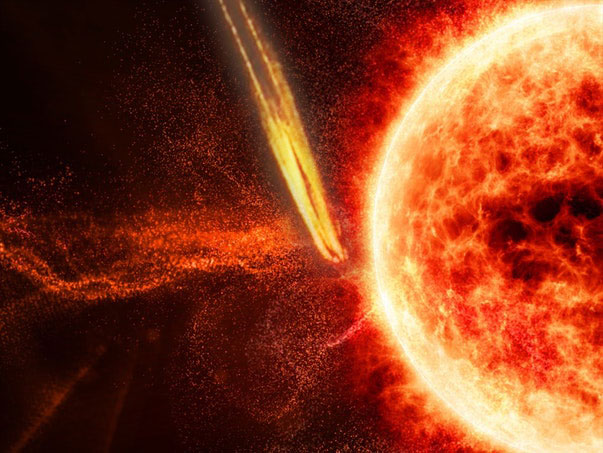 On March 20 something exploded on the opposite side of the sun. The Solar and Heliospheric Observatory (SOHO) recorded images of the debris that flew over the eastern side of the sun, the one not visible to space telescopes.

The explosion site was hidden from view, so we don’t know what exploded. It was probably not a sunspot. According to astronomers, more likely, a strand of unstable magnetism which then exploded, throwing fragments of itself and surrounding the plasma in space. 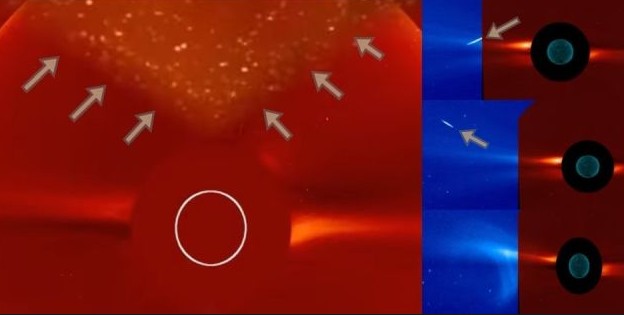 The hypothesis? What if this mysterious explosion on the opposite side of the Sun was caused by a celestial object / UFO that has a more devastating energy than anything we’ve ever seen so far. Or a filament of magnetism surrounded by plasma that plunges into space. According to ufologists, the fragments seen by the SOHO probe are parts of an enormous alien ship shot down by a high discharge of energy launched by this celestial object / UFO. There would appear to be a space battle in the solar system. 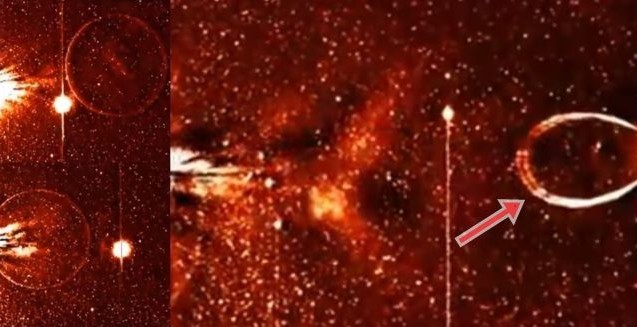 Lots of strange events have been happening in space lately, recalling the wave of huge alien ships and smaller UFO groups, seen on the live feed of the International Space Station in February and the first week of March 2020. These UFO spacecraft are fleeing from the sun. 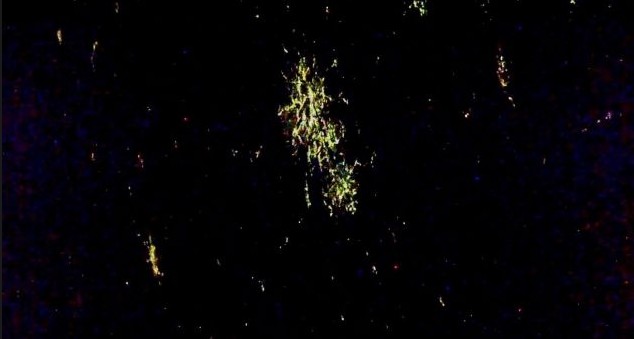 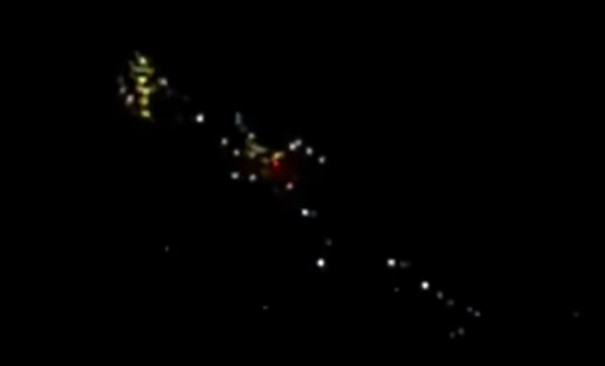 Further analysis by ufologists, a number of large alien ships seen on the ISS live feed shows that they have been destroyed or at least seriously damaged, surrounded by countless fragments and broken parts from these UFOs while smaller UFO clusters could be pods escape. From this perspective, there appears to be a space battle going on and we are in the line of fire of this space war what appears to be on our way. For now they are only hypotheses, but certainly something big is going on in space, in our cosmic garden.

Advertisement. Scroll to continue reading.
In this article:alien ships, Sun