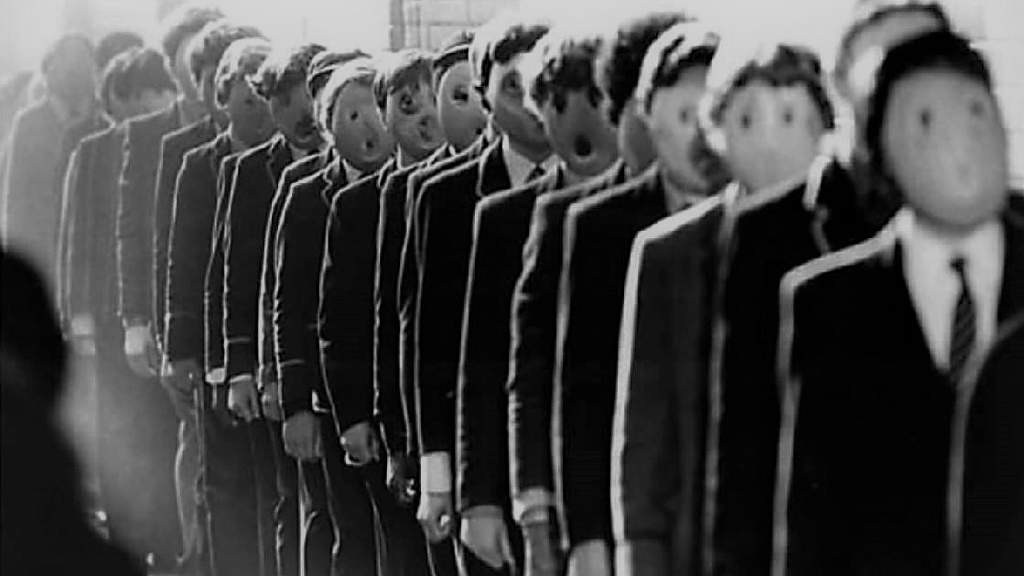 Last year, as a message for Lent, Pope Francis extracted one of the rabbits preferred by followers of the religious sphere from the ecclesiastical cylinder. That phrase that warms hearts and, as if by magic, claims to bring the sinful man back on the right path: “Money is the root of all evils”. It is an evergreen, a sure phrase, a quiet hill in the province of Hypocrisy, a hamlet of Falsehood, twinned with the municipality of Fiction.

In 1973, while Pope Bergoglio was appointed rector of the Faculty of theology and philosophy in San Miguel, and Coppola’s “The Godfather” won the Oscar in the “Best Film” category, Pink Floyd had just engraved their name in that continuous stone expansion that is history. “The Dark Side of the Moon” is not only the landing disc of all Pink Floyd’s experiments, nor is it a phenomenon confined to the musical sphere alone.

The “Dark Side” of the British band broke down the wall of the classic concept album and settled in a room of its own, where, still today, it continues to struggle with what is fundamentally the basis of our condition as men : the lie. Because this is what manages the inner relationship and prevents us from blowing up with all our doubts. And the better you are at lying, the faster you will arrive at peace of mind, the denial of error, the unconscious and coveted mental alienation.

Money, from a textual point of view, is one of Roger Waters’ purest children. A child who (and here is the genius of Pink Floyd and one of the reasons for the success of this single) distributes its verses on an irregular tempo, 7/4, a feature well known to 70s rock bands, but, until then , unknown to the British scene. The lyrics are at the center of the song, enhancing Waters’ words after many albums in which the music was the master.

Instead, we are behind. We and our little daily lies.
We, who dirty our lives to have something to clean; we who desire the failure of others more than our success; we, who are ready to save the whole world, provided that the next day there is our name in the title of the day.

We and the money. The center of the diagram of our lives. The biggest slice. Spend, spend, spend to show you that you can do it. A month of work for a bottle of wine and an oyster march. Three months of work to go on the internet and shape our narcissistic image. To be better than you. A year of work to make our pulse shine, to blind you and send you to bang. Five years of work to make you disappear in a distant point and leave you at the traffic lights. Five years to arrive a quarter of an hour before you. Andy Warhol burned on the starting line. What matters is not the value, but the success. It’s not even the job that matters most: it’s the wages. Because, if you look closely, those who really earn (except for rare exceptions, of course) are, by now, those who do not have a job at all.

Then Money takes on a particular meaning. It describes the world to wake up, to be awakened from lethargy.

It’s all politics, all human thoughts aimed at raising gender. Elevated. Deshi basara. Get out of the fence you’re in and look for something better than courses to look like icons. You can only become a human again if you realize what you have become. Money is a warning. Out of the world of the rich of ABBA and from the free and easy money of Dire Straits (the message is always the same).

We can do it, maybe we are not yet definitively passed off. Maybe there is still a small glimmer of light in this, which is the best of all worlds. You must be ready for ridicule, for derision. You have to play by rules that someone has canceled. You have to pay for everything. And there is no mention of money. The choice is yours, it’s mine. It belongs to everyone.
You can also stay on the Dark Side, no one forbids it, in fact, it is probably the most comfortable choice.

“And how beautiful a man is, when he is truly a man,” Menandro. One who, we are sure, would listen to Pink Floyd.

In this article:Money, Pink Floyd