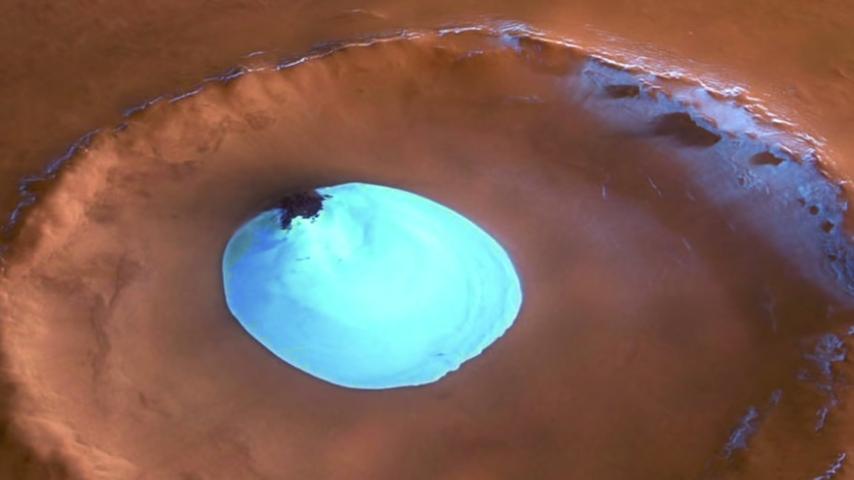 in Siberia, an Extraterrestrial crystal was found which is impossible to be created in nature.

It is an exceptional discovery that scientists made on a meteorite discovered in siberia containing a crystal deemed impossible to be created in nature.

The fragment, discovered in 2011, was found in a box obtained from the Italian Museum of Natural History in Florence, in which they found a small grain of mineral alien which was formed after the birth of our solar system 4.5 billion years ago. The mineral was discovered near the Koryak Mountains in eastern Siberia, transported to Earth by the Khatyrka meteorite.

The new discovery was dubbed a quasicrystal, due to its unique structural properties. An almost crystal looks like a normal crystal on the outside, but on the inside it is noticeably different.

Such a form of matter has never been found before

Over the past 40 years, more than 100 synthetic versions of these minerals have been recreated in the laboratory, but such a form of matter has never been seen before, deemed theoretically impossible under the laws of nature. Prior to this discovery, the only thing ever found was crystals, with their rigidly repetitive patterns, and so-called normal solids, which are composed of atoms arranged in no particular order.

The creation of quasicrystals done in the laboratory confirmed that their existence in nature is almost impossible, at least as we know it. Princeton University physicist Paul Steinhardt was determined to leave nothing for granted about quasicrystals research.

It was Steinhardt who found the quasicrystals sample in the Italian museum box, with the help of geologist Luca Bindi. Steinhardt, together with a research team to study the mineral from one of the oldest areas on the planet.

To identify the origin of the quasicrystal sample, the team gave away numerous possibilities. They tried to develop a realistic scenario that explained how the quasicrystal could have formed naturally on Earth. But in the end, they were able to establish with nearly 100 percent certainty that it had arrived on Earth from somewhere else in the solar system.

The meteorite tested by the team showed how the mineral was integrated into another mineral known as stishovite. This rock came from meteorites, and its encirclement of the quasicrystal meant that both minerals had formed by a high-pressure process at about the same time within a meteorite that crashed in Siberia. Further cementing their conclusion was the discovery that the ratio of oxygen isotopes within the quasicrystal was not consistent with the relationships found on Earth, but was instead only explainable if the quasicrystal was created outside the planet.

This groundbreaking discovery opens up new theories about quasicrystals in which they can form in nature even under astrophysical conditions as yet unknown, and provides evidence that this phase of matter can remain stable for billions of years “, explained Steinhardt after announcing the results of the analysis of his team.

Steinhardt and his collaborators returned to Siberia in 2011, and were able to obtain a fresh sample of rock from the Khatyrka meteorite, and finally found two more quasicrystals inside, each of which had a unique molecular structure.
Since quasicrystals are extremely small, finding these samples is really difficult, and the recently discovered one was only discovered in 2016, which is five years after the meteorite sample was taken from Siberia.

All three quasicrystals contain a mixture of aluminum, copper and iron. Quasicrystal number 3 has a very special structure that has yet to be created in synthetic form in the laboratory, highlighting nature’s persistent habit of producing more novelty than we expect or imagine is possible.

As for the source of the naturally formed quasicrystals, Steinhardt speculates that a violent collision between two asteroids in the early solar system may have allowed the creation of these minerals. A careful study of their characteristics, and of other materials in the recovered Khatyrka meteorite sample, could help physicists and geologists better determine the conditions they were in when the solar system was forming.

Quasicrystals have an interesting package of features. They are extremely hard, but they are also slippery to the touch and don’t generate much friction.

So far, the search for useful applications has yielded only few results, even though researchers have been working with synthetic samples for more than three decades. Quasicrystal was used to harden the steel from which surgical instruments and other medical instruments are made, and Steinhardt himself invented a quasicrystal coated pan that has some impressive non-stick qualities.

As we know, tons of space debris enters the Earth’s atmosphere every day. Most of them will burn, but scientists hope that meteorites like the one just discovered can give us answers to many questions about the mysteries of the universe.

Advertisement. Scroll to continue reading.
In this article:Extraterrestrial crystal, Siberia